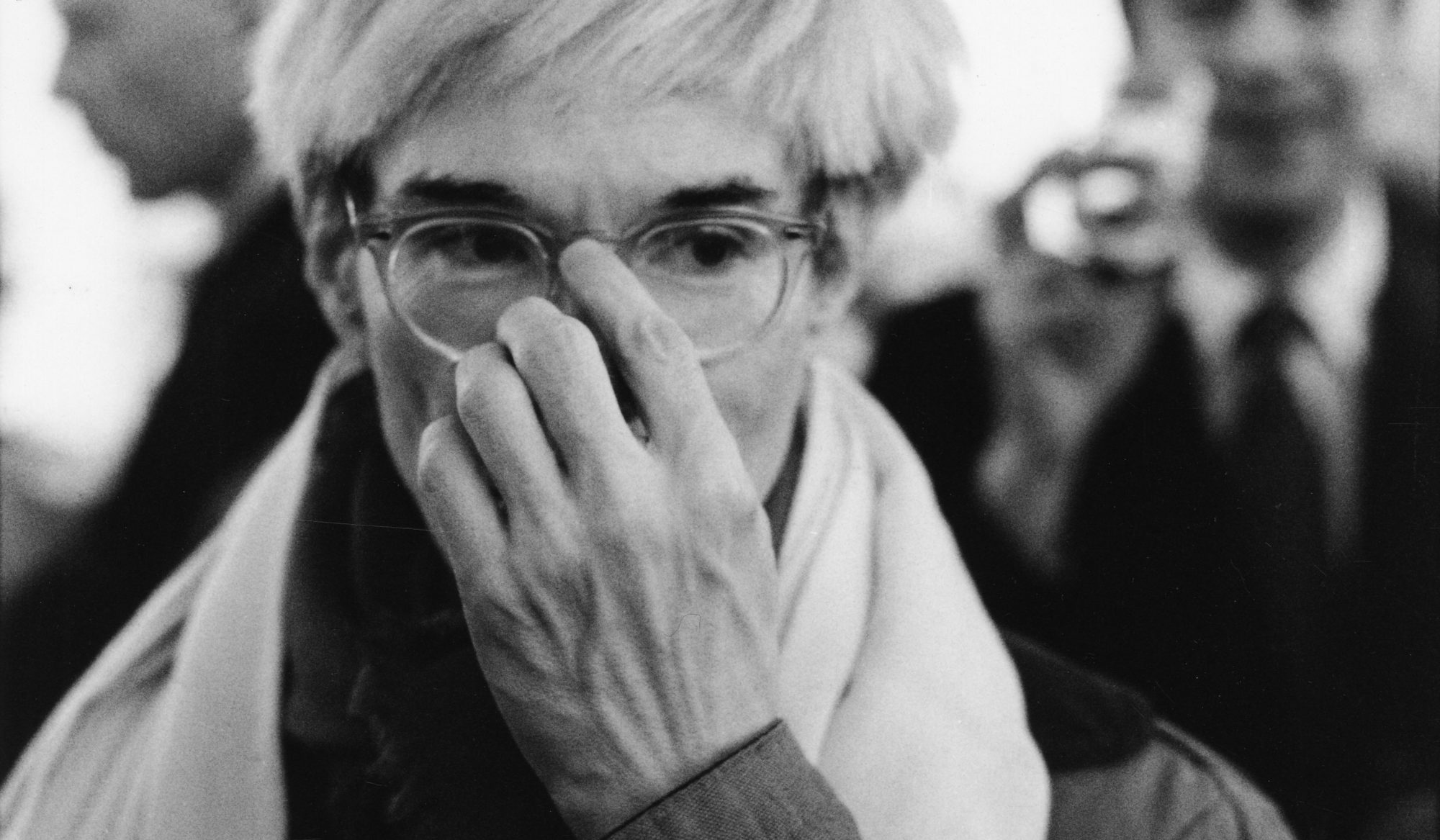 That little laugh Andy had, full of mischief and gaiety, of sly hints and surprise — fake, I’m sure — will stay with me until I die.

I saw him often, starting in the seventies. In Paris, at Salvador Dalí’s place, with Yves Saint Laurent, in his apartment on the rue du Cherche-Midi. In Venice, at the Palazzo Volpi, in the churches where he went to admire the Carpaccios and Bellinis, the statues, the altars. In New York, at Studio 54, not far from Horowitz, who got in a twist learning to dance the Jerk, and at the Factory where he showed rich collectors his series of portraits of Jackie Kennedy, Elvis Presley and Muhammad Ali, his electric chairs, his Maos, his dollars.

I pride myself on understanding people at first glance, but I always felt I didn’t know Andy. He was elusive, always smiling to avoid hassles. He never contradicted anyone. To this degree, it was an art.

Leather jacket, jeans, pale face, red nose, white wig, mischievous eyes beneath bleached eyebrows — Andy drank people in like a child. He moved around us before taking his photo. He always wanted to get in real close and make sure we were compliant and easygoing. He smiled and agreed to everything we said. It was all playacting which encouraged us to be exhibitionists. Andy could follow us, almost unnoticed, to the restroom. He was not a voyeur, he loved derision. It was part of his philosophy.

He moved through society surrounded by a squadron of super-young girls who wore flimsy, super-short skirts. The girls used to kiss each other, coo and whisper secrets to young boys with made-up eyes, curly hair and torn trousers. Nothing was serious to him, yet everything was. He was making art. All of his young friends (Fred and Bob most of all) knew this and they guided him elegantly as he went from surprise to surprise.

Andy went everywhere and wanted to meet everyone. Marcel Proust had the same kind of curiosity, whether for the banker Charles Haas, who inspired the refined Swann (the jealous man who wasted his time and his life on a woman who “wasn’t his type”) or for Madame de Chevigné and the Comtesse Greffuhle, who inspired the delicate Duchesse de Guermantes. Picasso, seeing Proust take notes on his white cuffs, said “he paints from nature.” Andy did the same.

I liked him a lot. He was American. His parents came from a country in Eastern Europe, like me. He gave me a taste for the Minox, a camera no bigger than your hand which almost allowed you to stop being a “photographer.” Sometimes he used it in addition to the Polaroid which, in the old days, looked like a black plastic frog. He was proud to show us this invention that spat out a portrait with the noise of a washing machine. In his other hand, he carried a Sony tape recorder that he would set down when he got somewhere, or hold out in front of you during walks through parties, towns and gardens.

Andy urged you to write down everything you saw. “Who did you make love to this week?” “When?” “Who was the person you were dining with last night?” “How much does she earn?” “Does she wear underwear?” “Nothing?” “What are you thinking?” “Tell me everything.” “Right now!” “Come on!” “Everything is important.” I still didn’t know him, but I was starting to understand his approach, his genius.

The work of art now is not just a description, oath, message, feat or vision but the immediate reflection of everything, of nothing, of anyone, of anything which is infinitely reproducible. Surely our civilization is also that. We have the need to become one, to be identified with the heroes of our time and those shattered mirrors of daily life which lead us to a wild, convulsive dance, until we spew out our soul.

He delighted in capturing our intellectual irresponsibility, our permeability to the consumer society which in turn consumes us. Like our own Narcissus mirror, those fabulous little shimmering bits of cardboard spewed out by his plastic frog will soon be viewed the same way as the exquisitely precious colored glass of Akhenaten’s Egypt.

Under Warhol’s influence, I saw Salvador Dalí mix the face of Marilyn Monroe with the face of Mao, complaining all the while that Andy Warhol was copying him when it was he who had taken from the younger man the idea of appropriation and of fusing a specific individual with another person one idealizes.

I can see him pocketing away his Polaroids like treasures to be filed, piled, reworked and enlarged. I told him how much I loved his films, the tension of the dialogue, their truth, the unity of time. “You remind me of Racine.” “Oh great! It’s not much to do with me. Lots of it was improvised.”

I never believed him. In his Polaroids, in those seemingly lacquered little pictures, I saw at once the cry of frantic and reckless youth, lost in a pseudo-civilized world. Each of these Polaroids goes one step further, telling us, from the land of Mickey Mouse: you are all Andy Warhol characters.