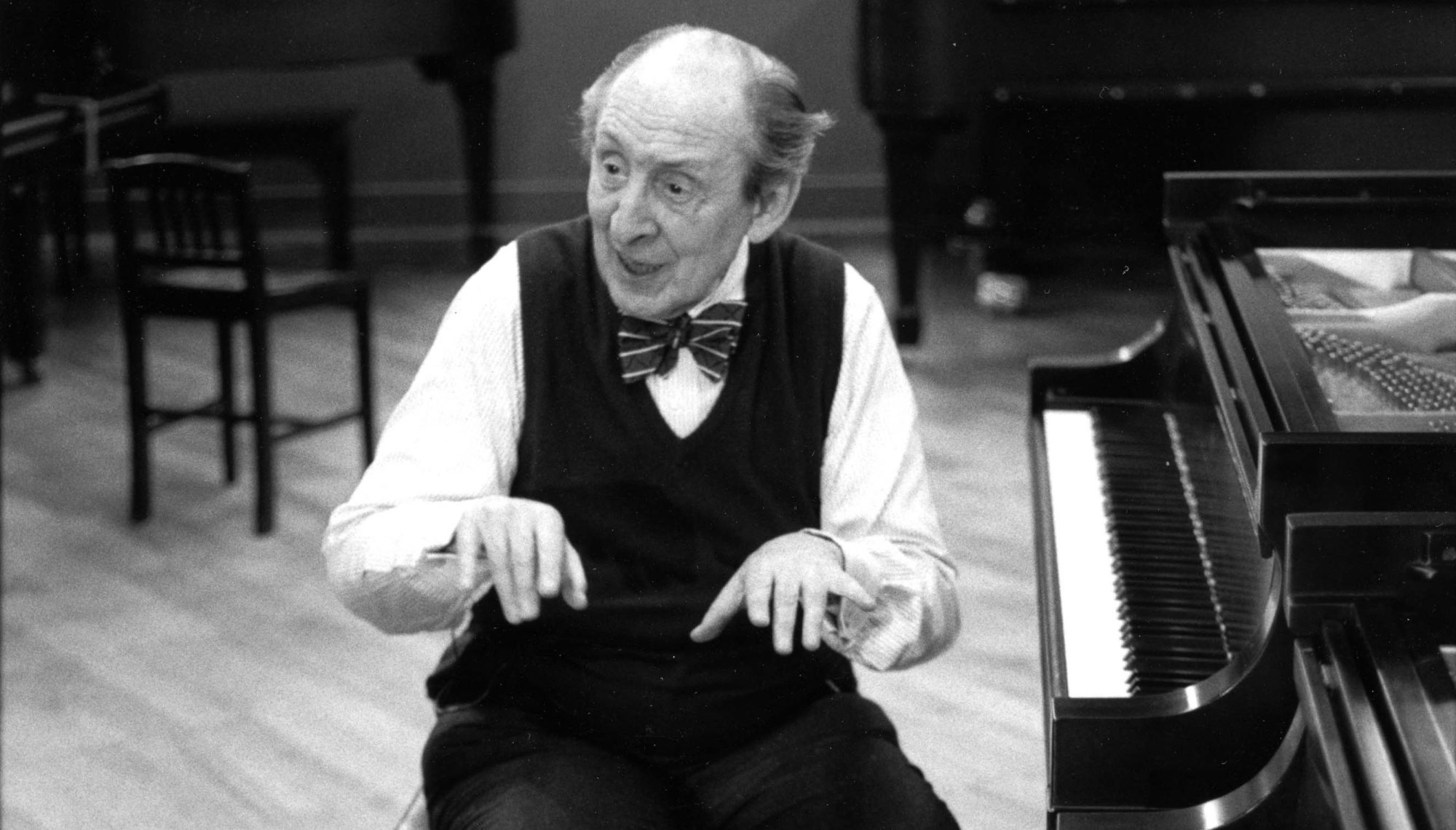 I never thought I would photograph Horowitz. Neither so close, nor for so long. He couldn’t bear people coming near him. If you ventured to do so, he would reply either with a bark or with one of his pet phrases: “That’s none of my business”, or “I don’t care.”

At Christmas once, in the late 1960s, I was invited to his home in Connecticut. I was twenty, he was past sixty. His old-fashioned elegance, his pronounced nose, his sharp eyes and the knotted form of his lips reminded me of the tricks of those sad clowns who keep on endlessly smashing plates over their head to make the kiddies laugh. That night, the guests were all very careful. He would take advantage of any awkward remark to spark a furore and storm back up to his room. He would make his wife,  Wanda Toscanini, pay for the ruined Christmas Eve by waging war on her for months.

Horowitz asked me a whole host of questions which I answered, avidly taking in his night-owl eyes. I tried to focus on each feature of this face – half-tortoise, half-parrot, with elephant ears. Some might find them frightening. According to the legend, he played with his fingers flat. Volodia shrugged. “For Mozart, they are perfectly round. My piano teacher in Kiev used to say that if you can’t catch a note with your hand, you must jab at it with your nose.” Did this Frankenstein in a tuxedo keep a spare, longer pair of hands in his room? His playing, his lyricism in the Liszt sonata had saved me from so much sadness. But that night he played nothing. When I left, though, he did give me two records, one a Chopin and the other a Scriabin. “What’s with them, clapping like mad at the end of the concerts? I’m not doing anything special, just sticking to the tempo, that’s all. It’s all written on the score. The hardest part is the pedal. I had a teacher just for that. In Russia, in those days, there was a teacher for everything: harmony, notation…” Fifteen years went by without a chance to see him again.

Then one day in New York, at six in the evening, I opened the door to Mortimer’s. There they both were, dining alone. Wanda asked me how long I was staying in New York. “Two weeks.” “Our first free moment is in sixteen days’ time, isn’t that right, Volodia?” “ That’s none of my business.”

I knew Marcel and Elise Jouhandeau well. They loathed each other. But out of all that vinegar they could really fizz. Memories of Satie, the inventions of Max Jacob, their taste for issuing diktats about literature – all were reasons for crossing swords. They were brilliant. I had read The Dance of Death several times. In the darkness of Strindberg’s theatre, the dialogues, however nasty they may have been, really shook you up. Here, the silence between the pianist and his wife was deadly. I was face to face with the hell of Toscanini-Horowitz. Their daughter, Sonia, had told me about it in Paris. Before she cut her throat.

Three days later, Horowitz agreed to take lunch and we laughed together like schoolboys. He told me about his life in the United States surrounded by these people who are enthusiastic about everything. He wasn’t playing much, half an hour a day. If that. “But my fingers are in good shape. My mind, too.”

They took me to their home. To the first floor, in the drawing room protected by a Japanese screen with gold leaf, where his famous piano stood watch. “What do you want me to play?” “The Liszt sonata.” “It’s long, and then there’s a fugue in it.” From that day up to his death, he played everything for me, and yet I photographed him in New York’s Steinway Hall, with his hands in the air, in emptiness, with only the parquet below him, making that magical musical gesture that could have conjured up even his instrument.

How, why did I tame them, love, fight – choose them? My role in getting him back on stage and getting him to cross the Atlantic to Europe thirty-four years after his last journey is both anecdotal and somewhat miraculous, with its fair share of suffering.  We three were not easy characters.

He was the father, the example I wish I had had. His one-word motto was: DISCIPLINE. Often he gave me this piece of advice, which I have followed: “Write from morning to evening.”