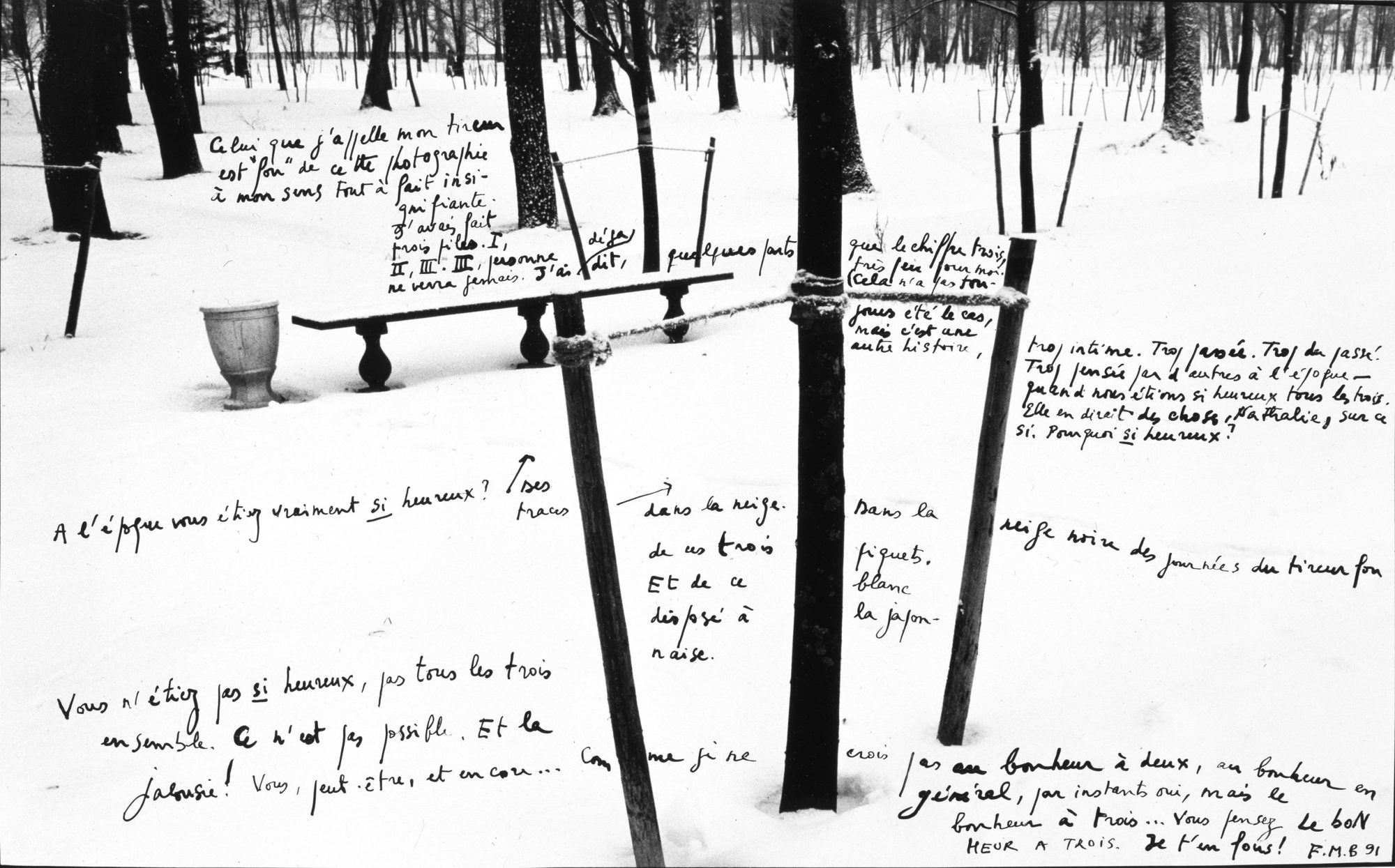 I started by writing on my photographs, encouraged by certain masses of white and black that I found inside other forms and that suddenly had something to say. With my pen and then my brush I entered into the photographs, which have their own life, and I continued. I extended the forms and invented others, I linked them up, made them converse. A whole set of interrelations came to life. The photograph’s “self”. Whatever that is.

Take the most banal image. Three posts in the snow in Saint Petersburg. Between the posts I wrote a few words about my life at the time. I thought it was these confidences that were interesting, but in fact it was the rows of words marking out the snow. They showed how the introduction of penstrokes can shift a photograph into another world of forms.

One night, encouraged by the new life that my writing breathed into the print, I took a photograph showing Horowitz at the piano and, going from top to bottom, wrote the story of our meeting, our friendship and the things we did together, doing so without calculating the size of the black written areas, leaving those to chance. Behind these new lines of staves, this deeply mysterious pianist regained the distance that he always maintained between himself and the world.

Every painted photograph is like a new beginning. A struggle of forms inspired by the subject, inspired in me by the moment when the photograph was taken. What has happened to the memory? And, most of all, how does it dream of itself? Photographs have their own life. Under my brush, they are like those people who turn up at your home and start telling you about their loves, their ideas and their nonsense and who sometimes, too – thank God – burst out laughing. But the last word on this subject is not mine. It is with the person looking at my painted photos.