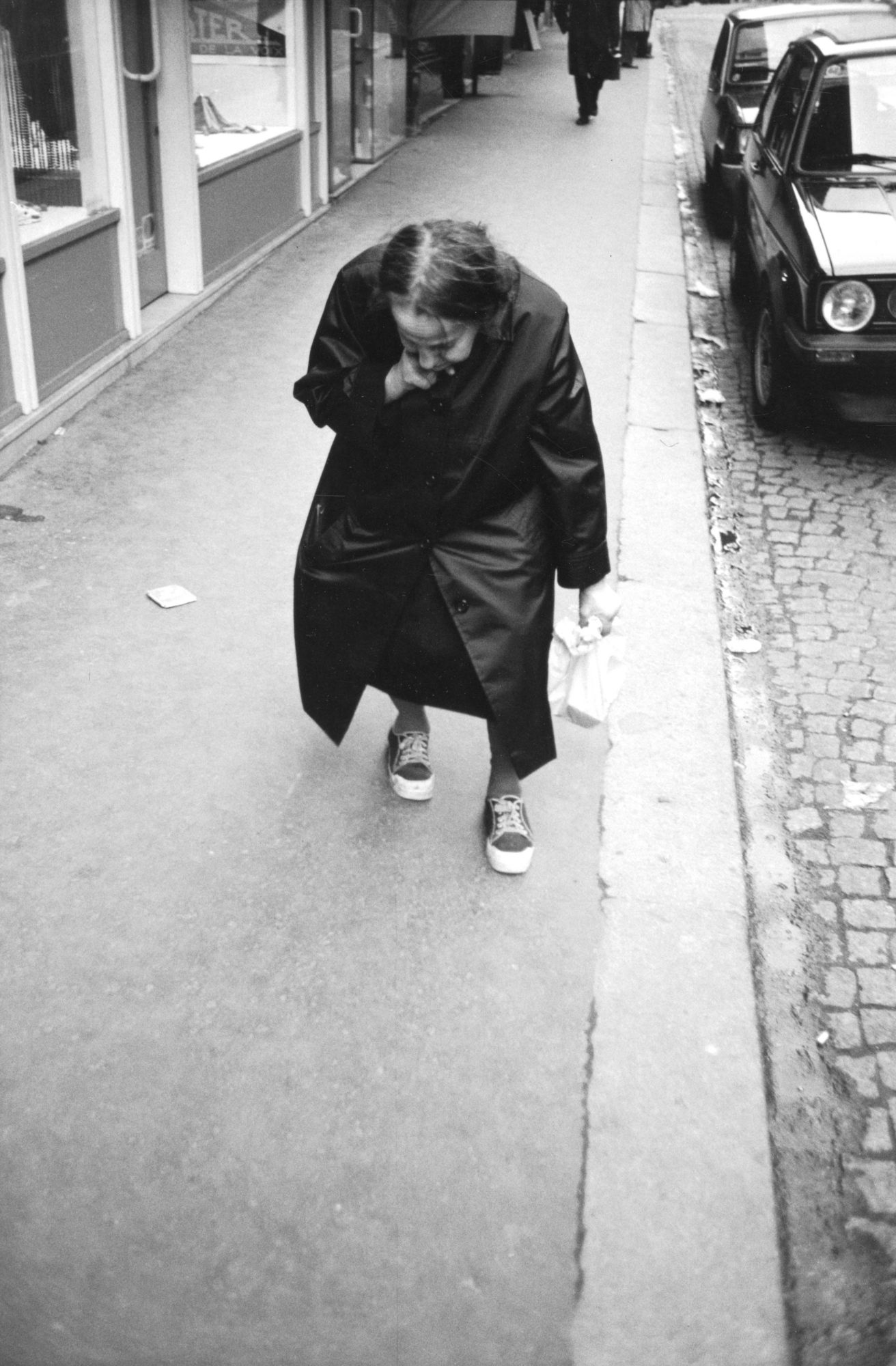 Suddenly, in the street, a form rises up before me, a face appears that I have never seen before and that speaks to me. The way their foot strikes out to move forward sets a whole narrative in motion (the novel each one of us drafts every day). I am in love with these faces – headscarf or no headscarf, surly expression, languishing smile, shoulders that seem to be balancing the whole sky overhead. I photograph walks – in other words, styles. By style I mean the way the person makes their presence felt in reality – such a weighty word for the novelist, that. As long as there are only ideas, thoughts brushed over, colours, glimpses of corridors, there is no character.

What, for me, is a character? Above all, a way of being.

I said somewhere that “I take them on the brink of the precipice.” It’s true. It is because of that frailty, our universal and pathetic precariousness, that I am a photographer, hoping to capture, in the midst of people’s lives, in that second, the way they look when they regain their centre of gravity, the point of equilibrium that will keep them alive for a second, another moment, again and again.

This mass of efforts that keeps them upright, this invisible thread that they follow, the form of their silhouette that I will fix on the paper, reconsider and return to, is, in each photo, first and foremost a homage to humanity.

The street is my studio, just as the sky with its clouds like laughing gods, escaped horses and reclining women is the palette on which children follow the dreams of chance.The street, with its people of all kinds, without words or rituals of presentation, without poses, even if here and there they may succumb to the flaws of this world, the worst prejudices and sweetest oaths – the street shows them all differently. This could be the secret of their souls.They stand facing my window, which they were not expecting, facing my eyes, of which they see only one, if they see even that – they’re so busy being themselves. “Between life and death”, as Nathalie Sarraute would say, who took that expression as the emblematic title of one of the century’s most powerful books.Between Life and Death – the writer’s challenge: to bring forth a sentence, a meaning, a living movement where before there was nothing. That is exactly what happens to me when I photograph someone. Nothing before. No presuppositions. I revel in the unexpected bounty of the encounter. When there appears in my viewfinder the most beautiful thing in the world: a human being.