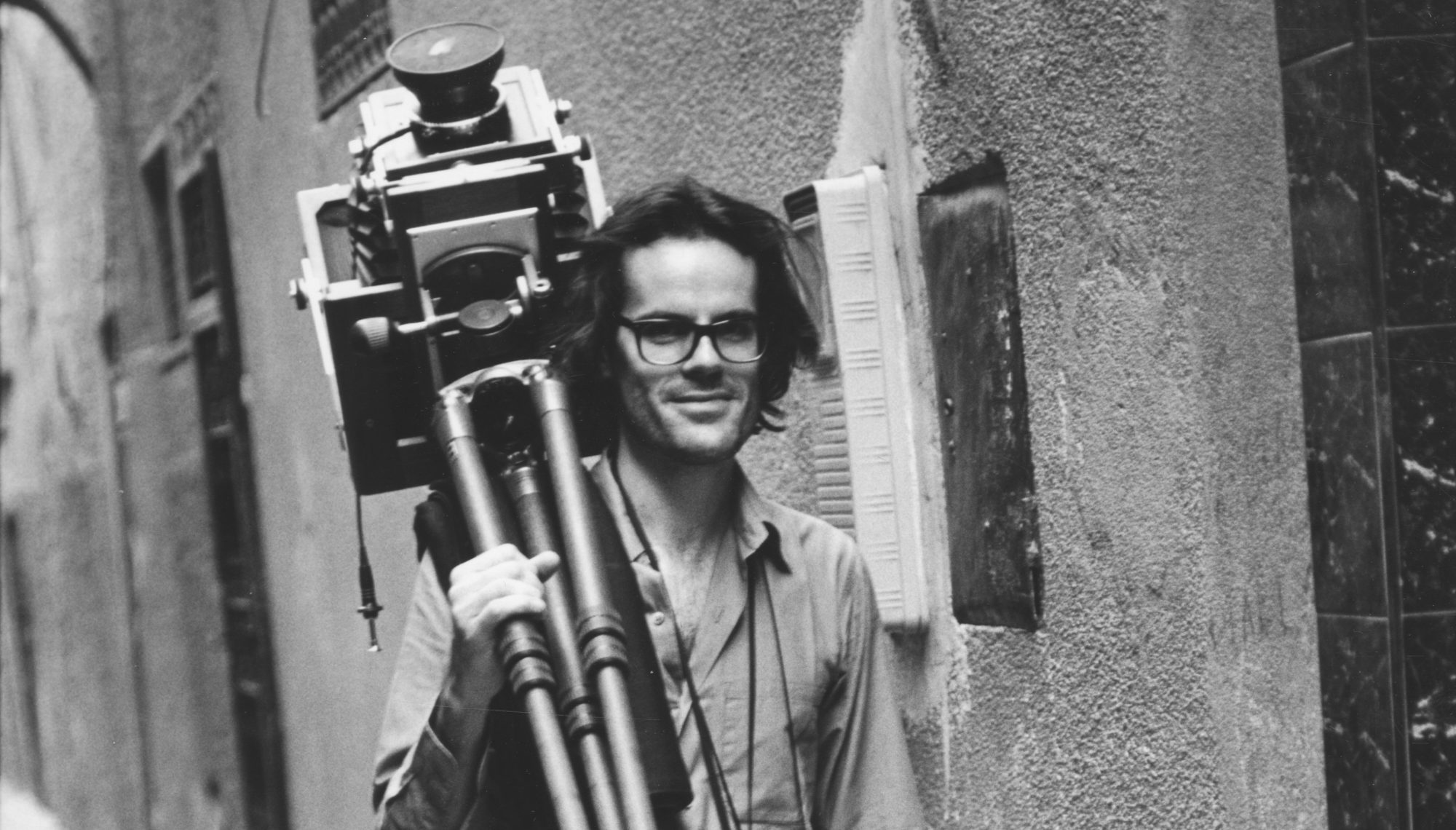 “I love life. I love to plunge into the depths of all living beings; but I loathe that compulsive, hostile ‘you must’ which holds me captive, tries to force me to lead a life that is not for me – a base, functional, useful life without Art.”

The works of a life, taken in the midst of life, speaking about life – what the photographs of François-Marie Banier express is by turns – or sometimes all at once – the sublime and the ridiculous, burlesque, tragedy, irony, joy and melancholy, passing time and time to come. As he writes, “Faces, walks, ways of being, couples and solitudes are poems, manifestos. The photographer is their publisher.” Banier disappears behind his models. Photography for him is very  much a personal matter, but he never says “I.” His portraits are both human visions and proofs of love, worlds of emotion, stories told by a novelist fascinated by his characters’ secrets. What matters, what moves him, is a person’s deep self, and these forms that he finds in the silhouettes and faces that inspire him.

In the characters he brings before us, we can make out a portrait of Banier himself. The beings he describes are not social types but men and women of passion, with their silences and their grace. Forms in space, ink drawings that flow from the sky or well out of the earth, they have a soul. Their lives are both echoes of what we too have experienced and projections of our aspirations and dreams.

In his work, Banier is driven first and foremost by the desire to share the grandeur, beauty and complexity of the individual. This awareness that he is the “necessary witness” forms the axis of a gaze heightened by the growing awareness of transience. The transience, first of all, of the moment that swallows up both expression and the measured time of the encounter. This tragedy makes him go straight to the point. Hence the close-cropped framing, the sketchy settings. His horizontal formats allow more room for the characters’ dreams; the verticals are conducive to face-to-face contact. His style, perhaps, is simply that: a desire for truth.

His photographs are the fruit of a precise method. What will come out of the encounter? It all depends on the individual. Banier chooses his models. Piece by piece, a whole world takes shape, becomes recognisable. The search for new bearers of a unique message requires intuition, taste and patience. It is  undertaken in the hope of a revelation where the singular is one with the eternal, and in the knowledge that a portrait is revealed only at the moment of release, when the photograph takes precedence over “the artist”, when the other takes his place.

Working freely, never to commission, Banier invents his own path, knowing that it will lead him, often via his entourage – Silvana Mangano, Vladimir Horowitz, Nathalie Sarraute, Pascal Greggory, Yves Saint Laurent, Madeleine Castaing – or via strangers seen in the street, to express the essence of human feelings. Whatever the emotions at stake. And if he sometimes leaves his characters for a chapter, he will soon return to them on the occasion of another meeting in the street, and then stay with them. Sometimes, even though the relation is an intense one, a single image will suffice. An image for which he is capable of waiting twenty years. Three months before the writer’s death, Banier took a close-up of Samuel Beckett in Paris, thus completing a portrait of the writer he had begun eleven years earlier in Tangier. His one portrait of Louis Aragon is a head-and-shoulders shot in which the poet and partisan seems to be weighing up all the ambiguities both of his life and of the immense novel, Théâtre-Roman, on which he has just embarked, at the age of 75.

For Banier, photography, an encounter both immediate and definitive, is also a game played with time. From Marcello Mastroianni dancing for joy in the company of his first love, Silvana Mangano, to Beckett walking on the beach, wrapped up in his thoughts, almost in his art, Banier both watches for both the spark of the moment and seeks out timelessness.

Often, the permanence and intimacy of the relationship means that he can string together his visions like beads. Going backstage in the theatre that is Vladimir and Wanda Horowitz, Banier shows us not only two individuals in their relationship to themselves and to music, but also their feelings for one another, on an almost daily basis. These photographs of habit, of understanding, of boredom and of struggle, capture moods between happiness and rage, between the full houses and the empty moments.

In some of the photos, we have a sense that Banier is letting the model stage his or her own portrait. But just then he will step back and, from his window, gather both what the other meant to say, and what they are, uniting in a single image all the individual’s humour and gravity.

These photographs are often informed by personal anecdotes, sometimes known only to the author. This is no doubt what makes them so powerful and evocative. And yet, in that crucial split-second, what Banier knows about his subject is never allowed to stand in the way of his candid, child’s gaze. For him, a photograph is a privileged moment and place in which freedom is both taken and offered. Banier does not direct his models. All he wants is for the other to say something about him or herself, whether secrets or lies.

It was because of the solitary beings he glimpsed in the street, because of the silent novels of their singular destinies, that Banier became a photographer. In order to keep alive these fluid or rugged silhouettes, to maintain the vibrancy of these appearances against the sharp perspectives and random geometries. His thirsting gaze and, sometimes, the comedy of the situations or postures, help to articulate these images into a singular alphabet in which each letter, each person, is a surprise.

Whether you are known or on the margins of society, you need not worry if Banier comes nearby, carrying his “mirror along the roadside”. For, like Rimbaud, he comes to say  that “I is an other”, and to reveal which “I” and which “other”.

Since the end of the 1980s, François-Marie Banier has written on his photographs. The rows or fraught flurries of words on the images tell stories that are moving, trivial, tragic, gay or melancholy. An immediately recognisable signature, the ink echoes the shadow and light, the black and white, and animates the captured moment. It takes over the photograph, as if these silent pictures and finite realities had long been a cause of suffering. To write on his photographs is, for Banier, a way of speaking and allowing his subjects to speak for one last time.

Stories, poems, murmurs or sudden outbursts, Banier the novelist will tease our desire to know the end of his stories. The text spirals around the images, jumps from one part to another, speaks of several events at once, just as, in life, our impressions, impulses and thoughts all mingle.

The balance and coherence of these works is not due only to the organic link between writing and photographing. It is the rhythm of the writing and the meaning of the sentences, these lines of ink on the photo, like a vein along the arm, irrigating the image, that sustain the composition.

Phrases and whole paragraphs spread out over the photographs, entering the image just as, earlier, reality had flooded into the camera. This extended graphic art slides into and joins with the photograph, transforming it into a drawing and, soon, into a painting.

In 1997 Banier began painting on his photographs, without in any way cutting down his work as a photographer. The painted photographs are the natural, large format development of the written photographs; a new adventure coming out of the moments and stories captured before. Here he finds and rekindles the feeling for the subject that he swiftly captures in his lines and colours. It is always the photograph that determines the artist’s intervention, be it accompaniment or transgression. It tells him where to start, what to adulterate, what to keep.

Improvising in the urgency of the moment, he pits the vivid colours and energetic gestures of the act of painting against the placid objectivity of the black-and-white photograph. Painting freshly primes his gaze, even if it may mean endangering his taste for classical equilibrium. Whether writing or painting on his photographs, François-Marie Banier always follows the line that links him to his subject. That may be why he never touches the face, the ultimate sacred place.


This text was written by Martin d’Orgeval, published by Gallimard on the occasion of the release of the exhibition catalog François-Marie Banier which took place at Maison Européenne de la Photographie in Paris from the 26th of March until the 15th of June 2003.