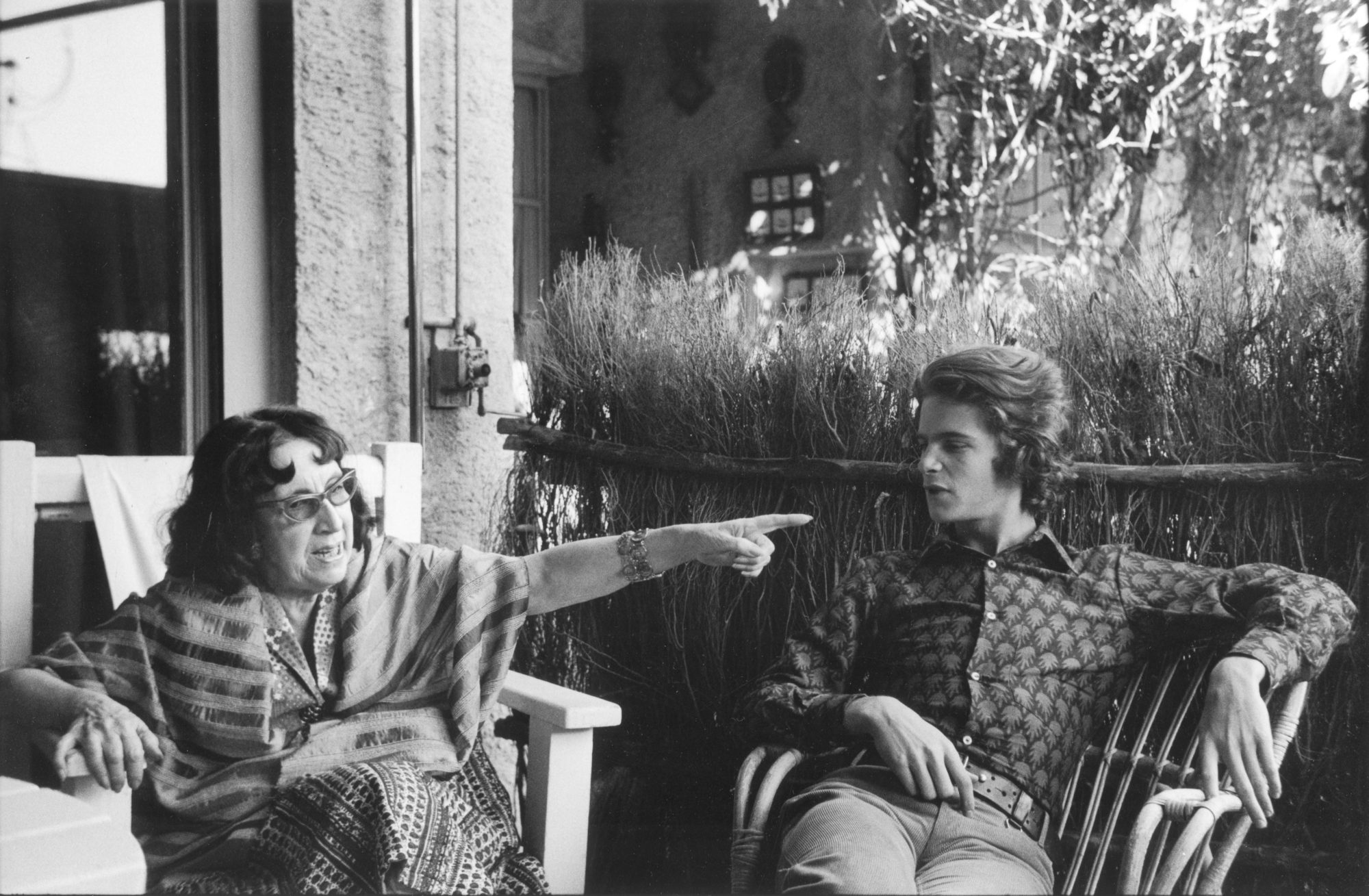 It was nine months after May 1968. She was sixty-five years old, he was twenty. The friendship which brought them together, consisted of a sentimental complicity, an intellectual intimacy, an artistic affinity, an insolence, and an uninterrupted dialogue, which is the key theme of this exhibition. Photographs, drawings, letters, fragments of personal diaries, bear witness to a unique relationship. Within these lively exchanges, a modern spirit came to life. The circumstances encouraged it. The collections created by Marie Laure and her husband reflected their characters, their intuitions, and their aesthetic audacity: their art of living. They first met in November 1966, by chance, at a very Parisian literary morning, like a missed rendezvous: accompanied by his mother, he had come to meet André Maurois, who had briefly spoken about him in the review Nouvelles littéraires. He left, distracted, holding a copy of Journal d’un peintre, which the author had dedicated to him. When they met once more, two years later, they had forgotten this secret moment which was the genesis of their crossed destinies. But had they truly forgotten? Let us say that their memories had been suspended. The strongest relationships sometimes require silence and absence, or the false indifference which some of Marivaux’s characters use in order to better attain their conquests. Their second encounter, in a private residence on the Place des États-Unis was, on the other hand, duly planned. A friend they shared prepared the way, telling her that a young, twenty-year-old writer, who was blonde with curly hair like a cherubim, and full of promise, wanted to meet her. From this very moment — hence followed by many hundreds more — they understood one another. This can be seen when looking at the photographs where they appear together, amongst the bronzes and the marble in the salon: between them there is this electric distance which is the most beautiful of proximities. In this marvellous salon of the residence on Place des États-Unis, where order and disorder seemed to superimpose one another, the Vicomtesse and the young writer dialogued. Dialogued in the sense that they exchanged their words, like one gives a part of oneself, the answers running on into questions and questions invoking further answers, infinitely. Also in the sense of a scenography, with its situations, its gestures, and its intonations. Thanks to rare recordings, some of these dialogues have been preserved and transcribed. Only the film is missing, the visual theatre of these dialogues which have continued into written exchanges. This is the exhibition’s objective: to rediscover the meaning of these moments of grace and freedom.


This text was written by André Guyaux, published on the occasion of the release of the exhibition catalogue of François-Marie Banier’s solo exhibition which takes place at Villa Noailles in Hyères from 15 October 2020 to 29 January 2021.