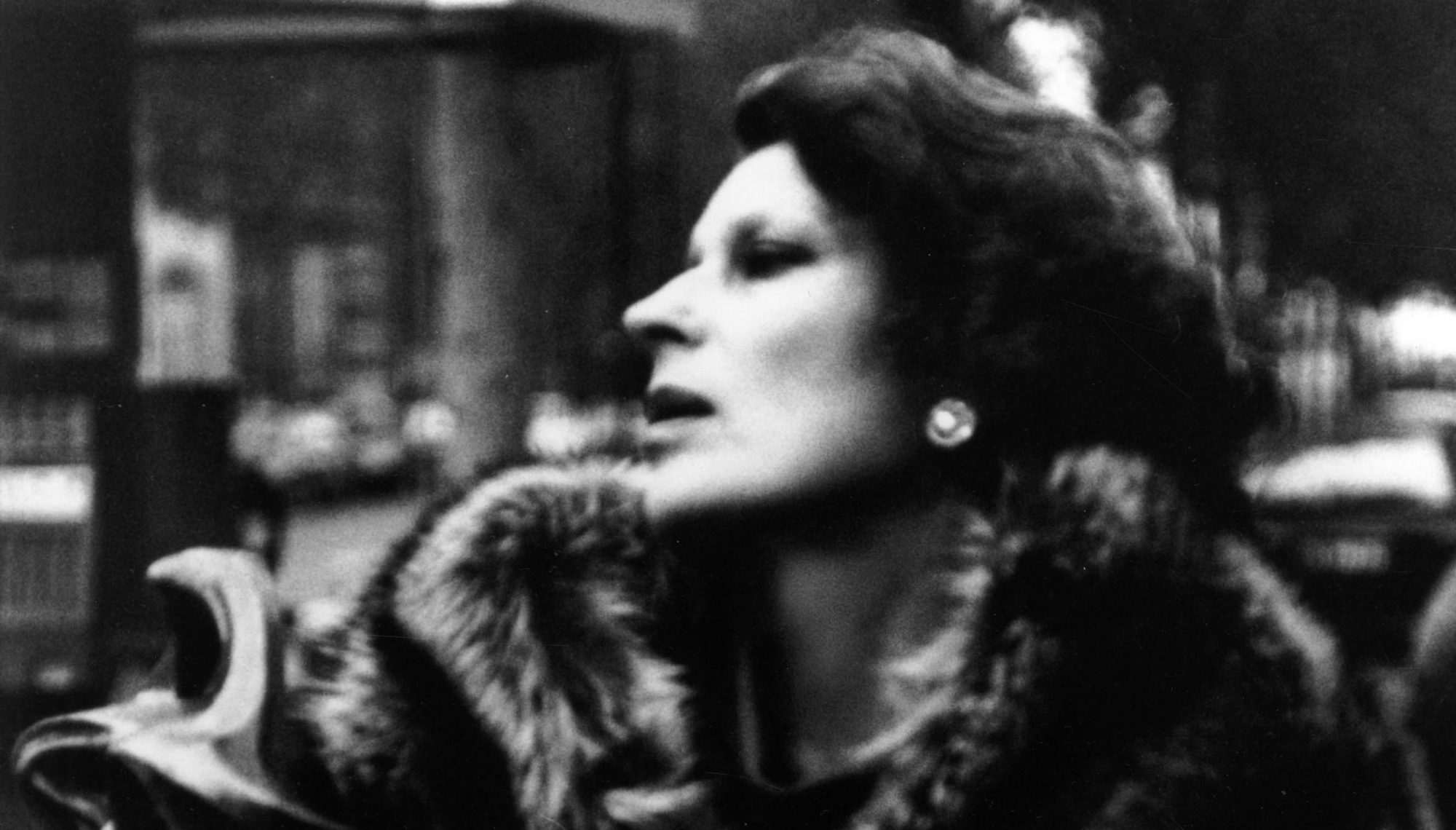 I have always hunted the unknown person, weighed by stars invisible to the eye, hopes and regrets that photography exploits as if they were gold mines. Every time, I hold out my hat to these anonymous people, full of sentiments because they touch me – my hat is my camera, of course. Every photo I take answers a precise intention that may be confused at first, but with time, the unknown reveals itself and dialogue develops. Every photo expresses a feeling, joins in a world, discovers another one.

The photographer is a casual witness who happens to be walking in the street when a crime is committed: he sees for eternity. In any case, he brings an answer. More literary people might say ‘perspectives’. My desire is to catch the life story of every person. As in Flaubert’s work, where every sentence contains the whole meaning of the novel, I am entirely present in all my photographs.

When I take a picture, I cannot leave my situation aside. The presence of the child I was, the people I knew, my identity at the moment the image was taken.

Henri Cartier-Bresson once criticised, with the master’s delectation, my painting myself in each photo (and in all that surrounds it, which I forget but which I nevertheless make participate in the scene in one way or another). But is this not, perhaps, like the tragedy of the Versailles Treaty, dividing Hungary like mincemeat? It is present in every image by Kertesz, the melancholy master who teaches entire generations of photographers how to just look out of the window at the children’s playing in a square, and in the cold window mist, he makes us see a woman taken away by a cloud. Any artist is responsible. For history and Art and for the world. I do not know every single thing happening around the world, but I know injustice and torture.

Testifying is a duty.

I was chosen by photography. I did not realise what I was doing in this world, but now I understand a bit more, and seek to know more. I have taken photography by the throat at a time when I thought writing was still too slow: syntax, novel creation problems, character and non-character edification, the non-narration, the point of view business, not to mention the semi-colon!

It is true I took pictures of her that conveyed more tenderness, more melancholy, more fun than the one where she is holding her wig before her like the bloody head of Giovanni Battista. A lifetime is long. Here, she is more than ninety, but she had lived with the young Picasso, Derain, Soutine – whom she encouraged to paint, only for her, for over twenty years – and she engrossed herself in A la recherché du temps perdu… In other words, she had thought about art, feelings and looked beyond appearances. She wanted this photo. She even planned it. I never asked her why she had wanted to leave a so strong image of herself. We would read her portrait again in M. Sachs’s Sabbat, or see the film again, that David Rocksavage made about her.

The session will last five minutes, three minutes longer than the session for the bald Princess Caroline de Monaco. Madeleine Castaing is lying in her bed, with her lace night-dress. ‘Have you got your camera? Follow me.’ Holding her cane, she crosses her flat, goes out and barefoot, stands in front of the door. ‘Stand facing me.’ Then she removes her wig making this gesture in public for the first time in almost a century.

At the back of this photo, she wrote: ‘François-Marie Banier is to photography what Goya and Daumier were to painting.’

In 1991, when Alain Sayag exhibited it at the Centre Pompidou, she came to see herself. After a long inspection I heard her say: ‘I have courage, you know, but that’s it, that’s me.’

I have my models, and I have them for a long time. Silvana Mangano, a femme fatale, an ideal mother and wife, Pascal Greggory, brother in good and bad days, Samuel Beckett, obsessed by silence, Vladimir Horowitz, an incarnation of music, Yves Saint-Laurent, an inspired poet, Isabelle Adjani, a photograph every second, Johnny Depp, Madeleine Castaing, Nathalie Sarraute… The heart of my work is not to accumulate different people’s portraits. Most of my models are artists whose lives I share, friends whose world and know-how I like and admire. What they do touches me. And sometimes even more. I am conscious too how our complicity – it was different with Beckett’s moderate easement soliloquy – obliges me to show the other a face, words they would not know without me.

First I wrote on my pictures. Not so much to tell, but rather because I thought some other shapes, white and black masses had acquired an individual character. They have their own lives, like some of Arp’s sculptures that you cannot identify straight away. Something fundamental and fascinating always flows into real life. I remember when I was a child, lunch and dinner scenes were quite like an epic chaos, they were rage scenes like in Fellini’s Amarcord, from which short moments of dreams and truth should have been saved. A poetry, a precision, an eventually significant moment. Anyway, it was different, richer than the appalling logic way of life of a respectable middle-class family which buried everything under the ashes of its absurd and hysterical rules. Let’s have a look at the picture Trois piquets dans la neige à SaintPétersbourg. Unlike Daniel Risset, a remarkable photographer of the period without whose insistence I would never have shown my works, I think the subject of this photo is not original. Nothing is more similar to a snow scene than another snow scene. All of a sudden, to give movement to the photo, I write a few lines between the pickets, telling about my life at the time. When I thought the interest thus emerged from confidence, the written lines, cutting into the snow, were to show me how the stroke intervention could make the photo tip over into another shape world.

The life my writing poured in the print comforted me, so that one night, on a photo showing Vladimir Horowitz sitting at his piano, I started writing the story of our meeting, from top to bottom. I haven’t worked out the white written amounts nor the black written amounts: they were born randomly. But with these new stave lines, the mysterious character he is, is fully restored the distance he wanted between the world and himself.

Every painted photo is like a meeting. A battle of forms inspired by the subject, the shot instant, and the shapes I spontaneously arrive at, like these people who drop in, cut you short and fill your life with their love affairs, their opinions, their references, their non-sense and, sometimes, thank God, their laughters. Although I am in possession of all the colours, those who are behind the photograph, and those who watch it, will have the last word.

I paint very quickly. I need to be in form to paint. Then I feel like I am a clairvoyant, or a medium instead. Aren’t we supposed to talk of photography? I have no idea where and how I start a painting. No more can I say of the feeling that leads me. Its starting point emerges from chance, which, as you know, is made of millions of observations, dazzling thoughts, words flashing between brushstrokes, signs of these worlds appearing to me. I urgently wanted to show, like I am doing now through my paintings, my view of the world, its decisions going in all directions, so that it sometimes takes both hands to paint these already-taking-us-away stories. Balthazar fils de famille tells the story of a sad but inventive kid. In this childhood painting, I was already interested in the people in the street: they were smiling at me and enchanting me. They are the ones I first wanted to keep. The first colour I use almost always depends on the nearest pot of paint. When I write or speak the word that comes to my mind, I discover it at the same time as… myself. Same thing for the shapes. Deeply inside, they come and take form through my fingers where they progressively change. A line crosses another line, plays with the downstroke of a world, of a passing-by-sentence. Here a hair, a mountain, a lake is born; here a superstition, a souvenir, a sign of tenderness returns. This is how the story, I mean the painting, life, is created.