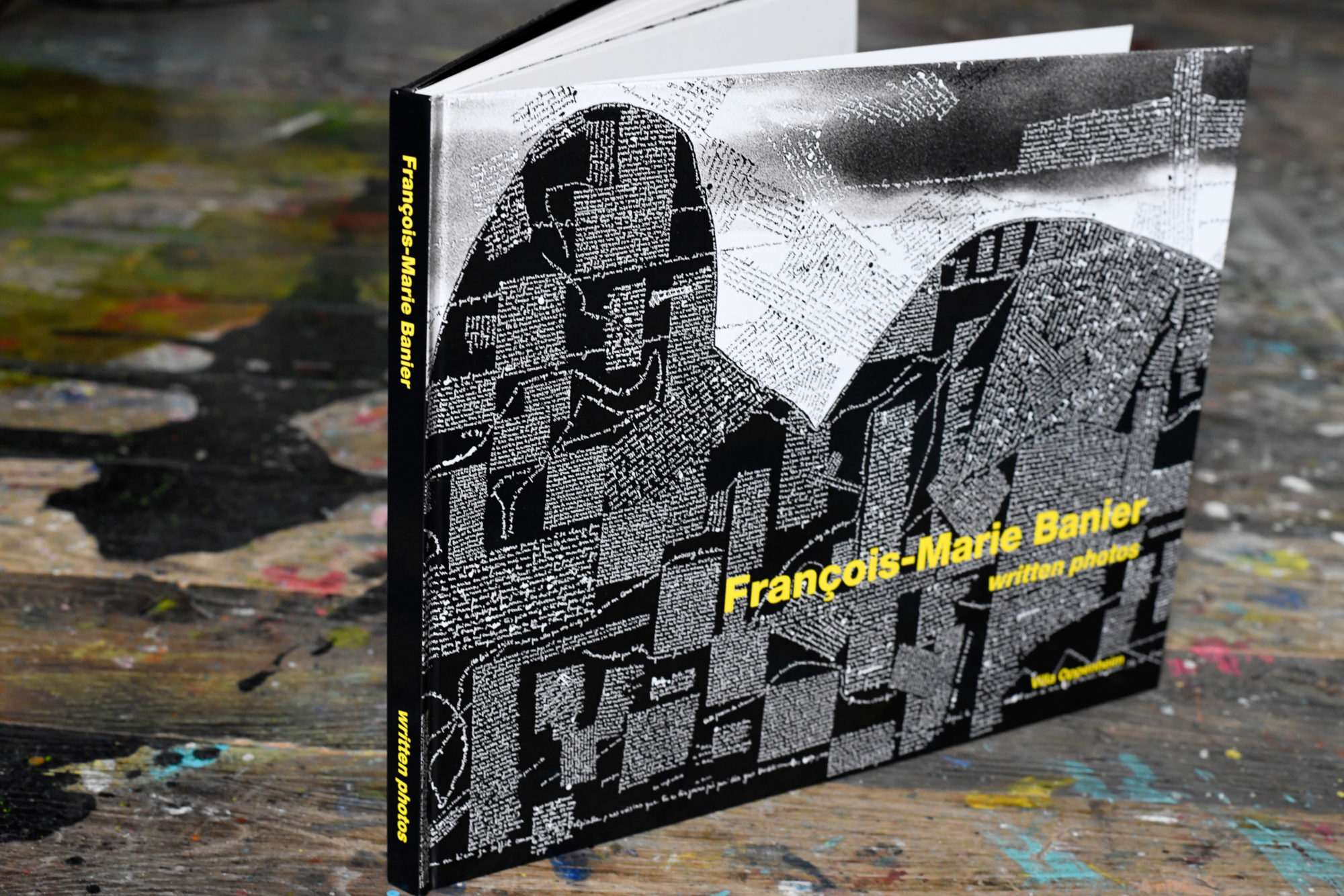 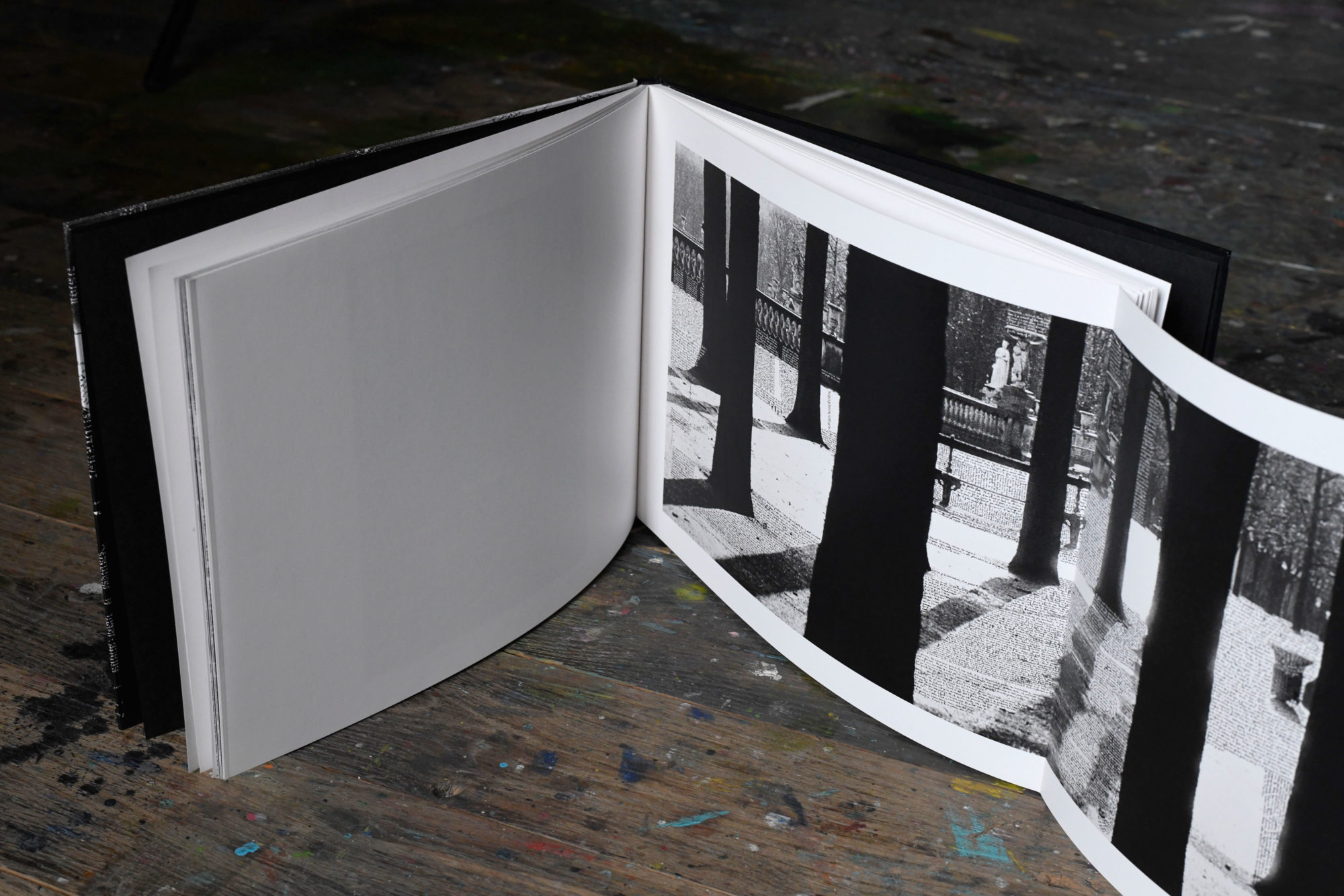 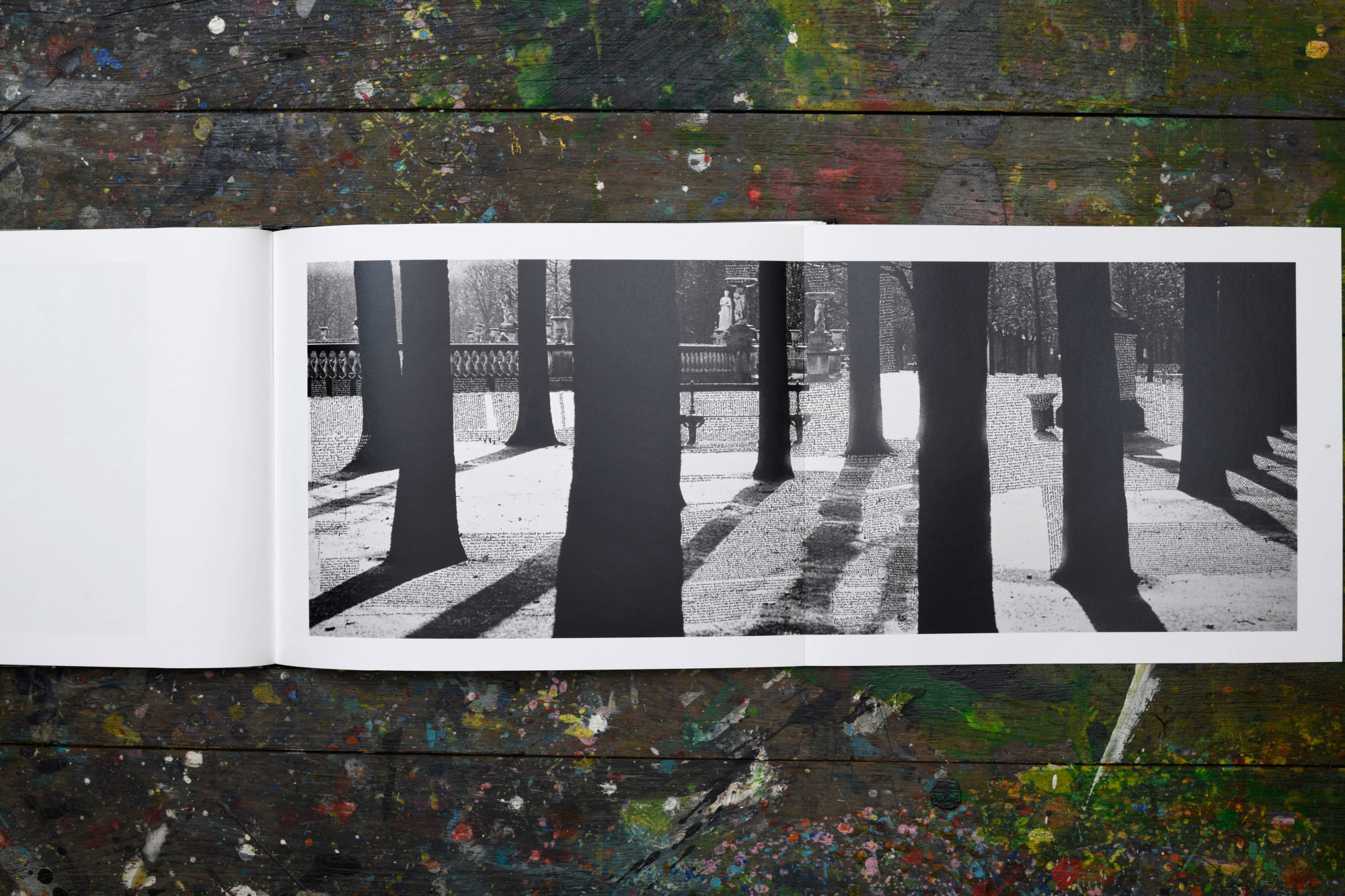 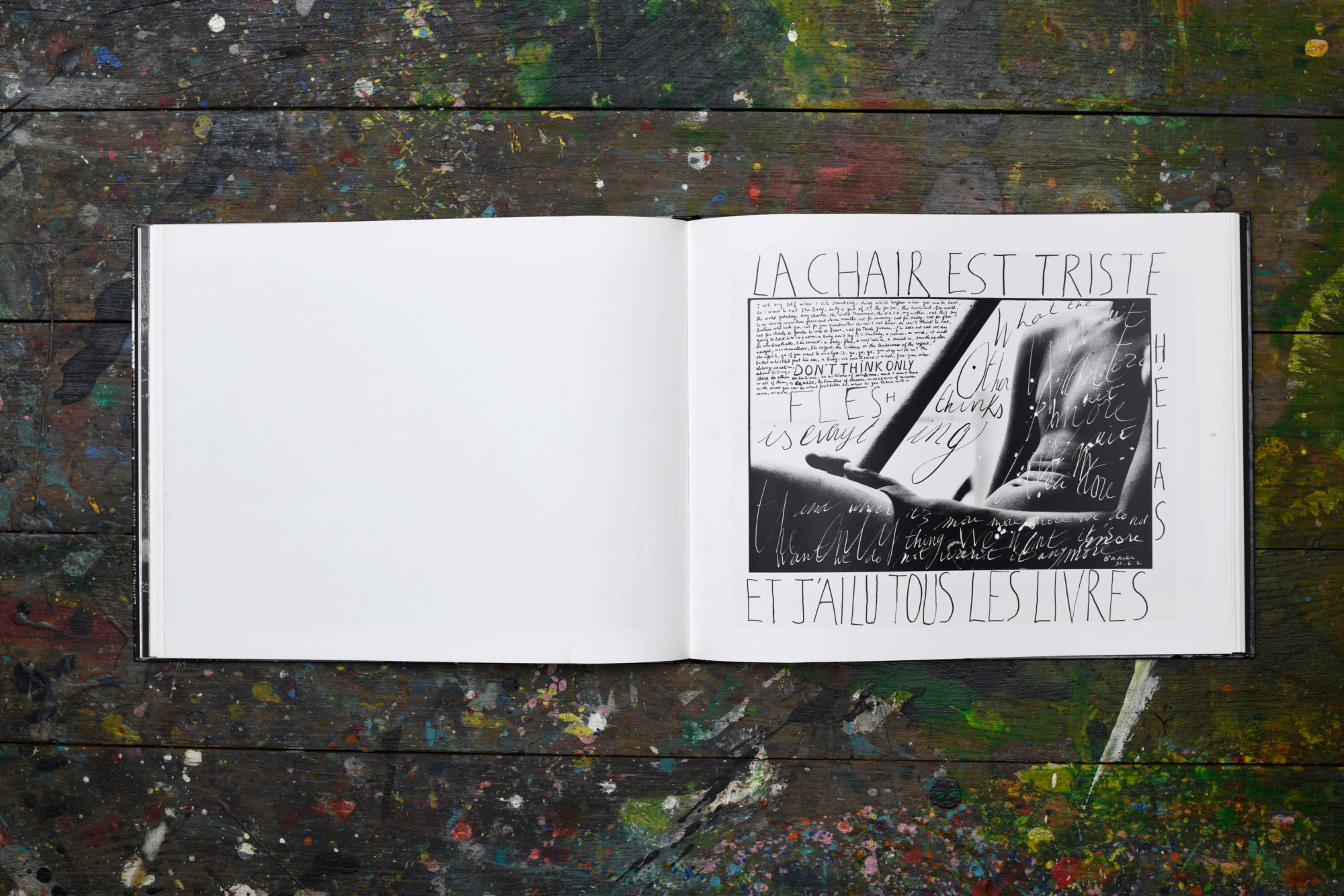 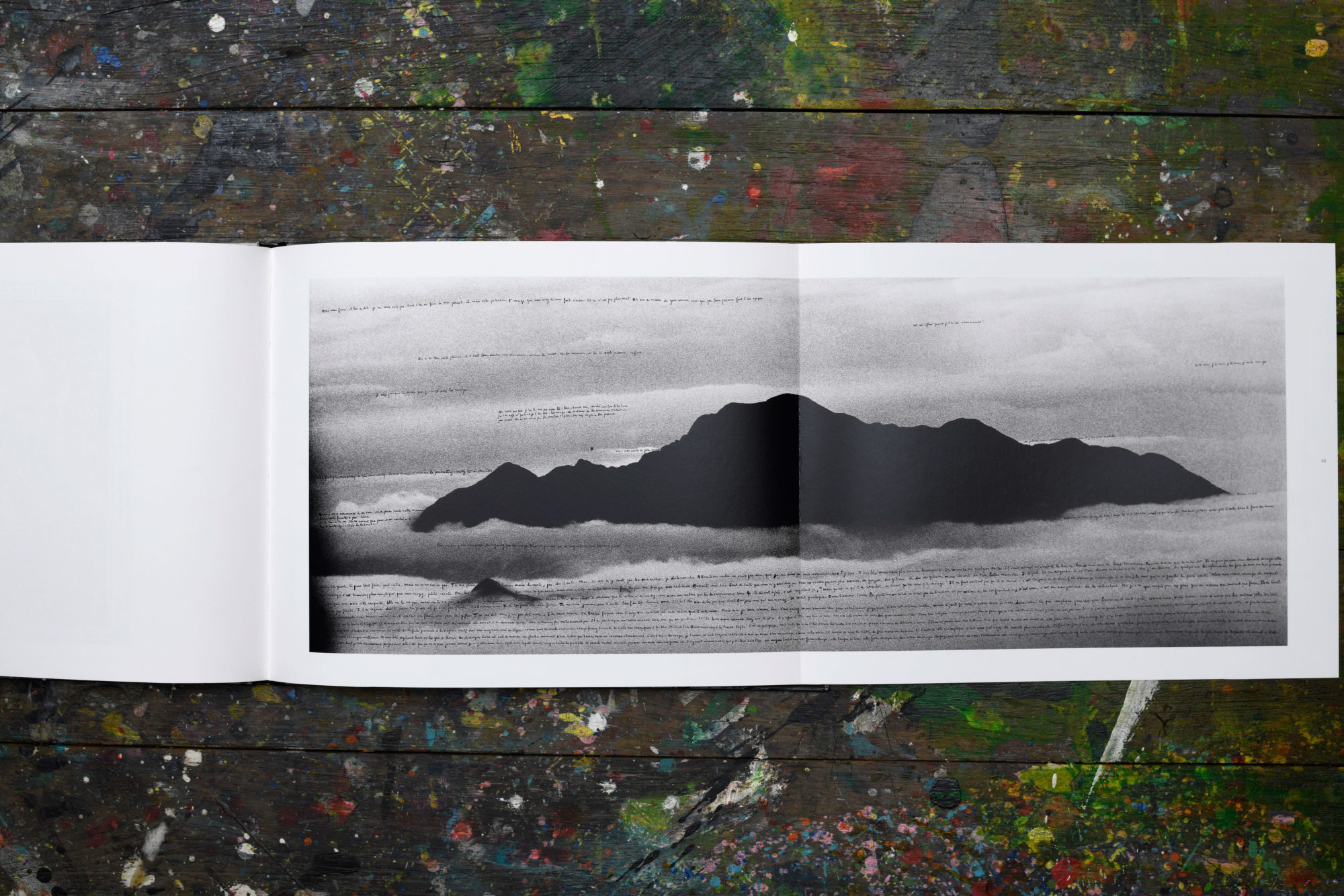 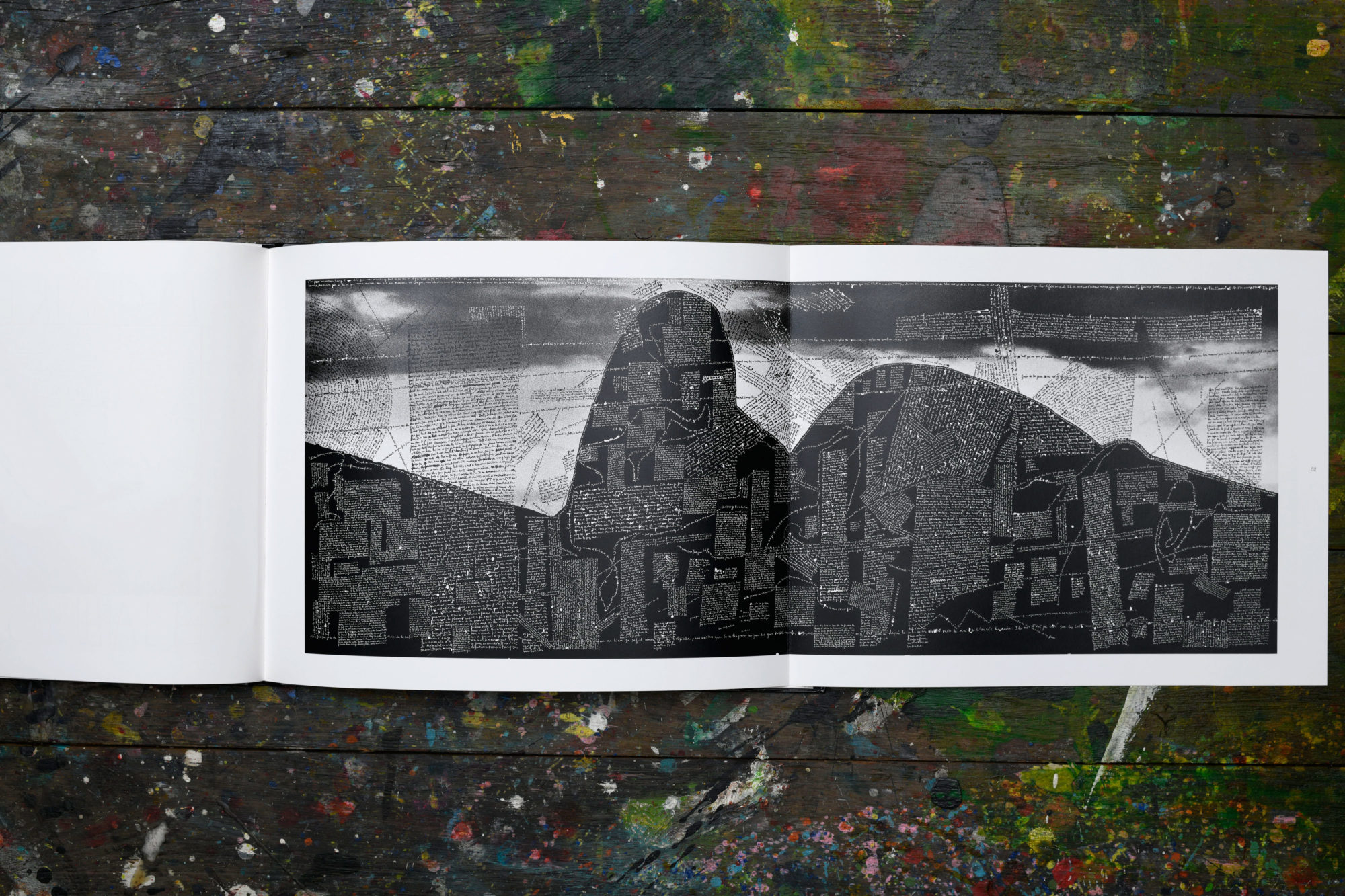 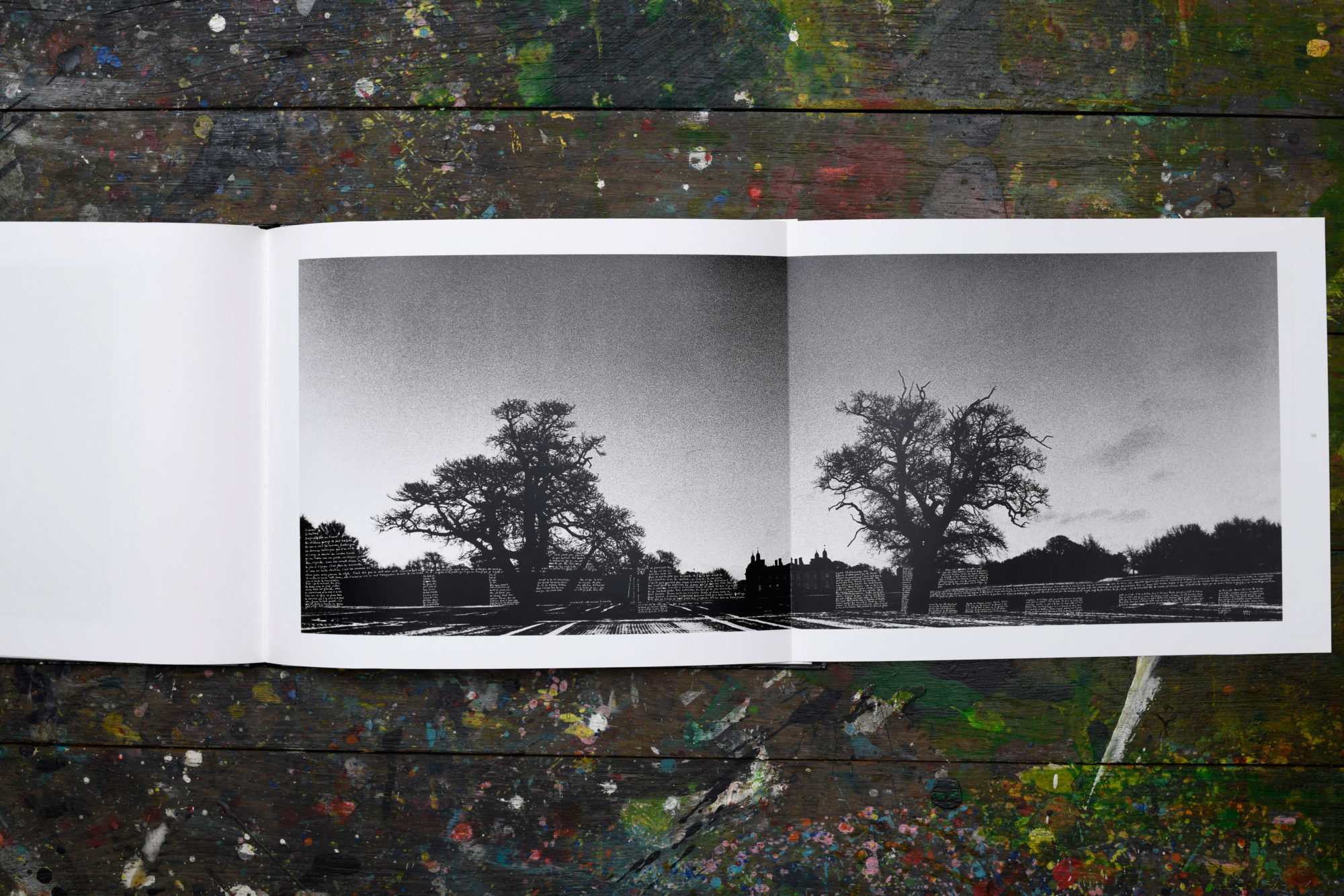 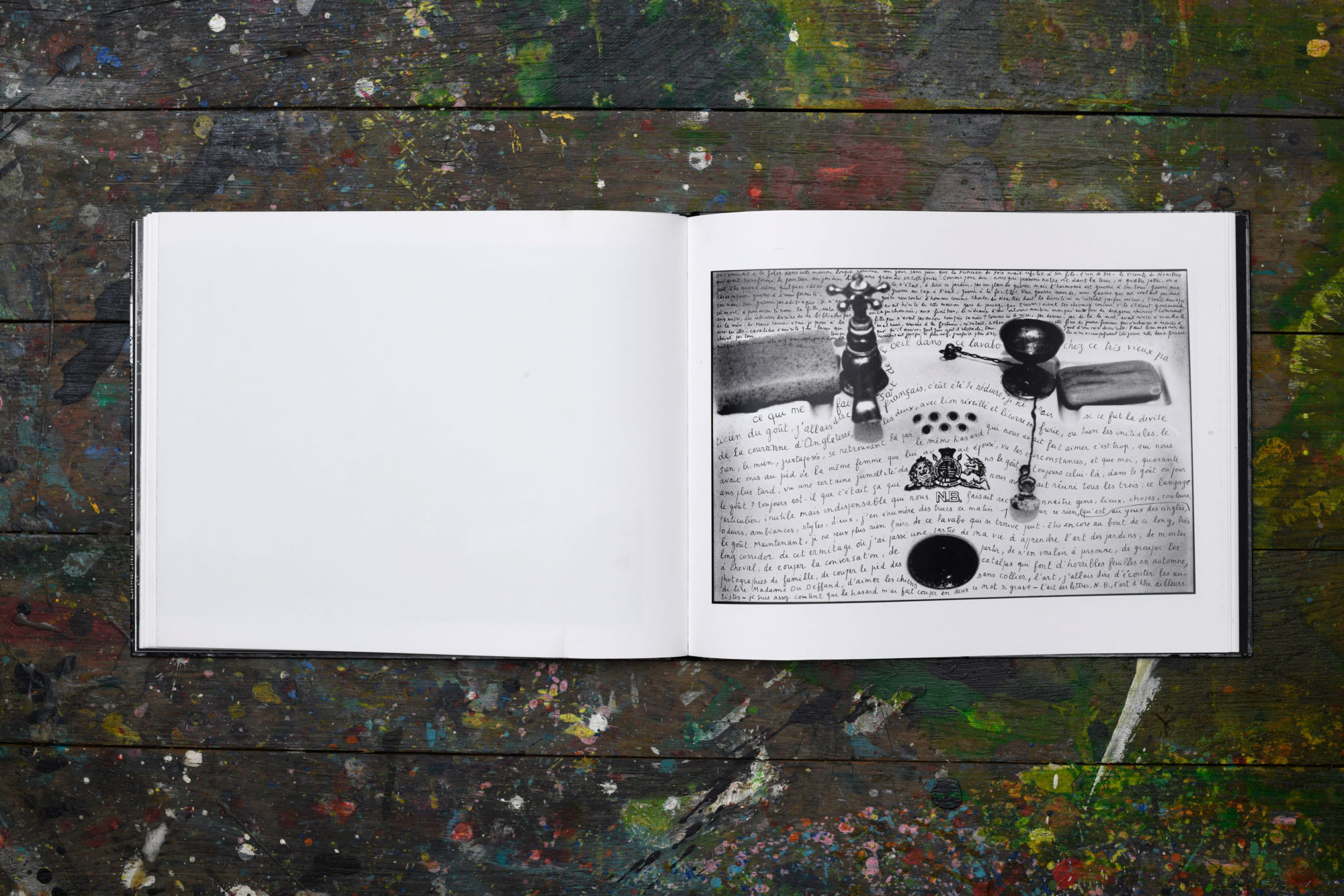 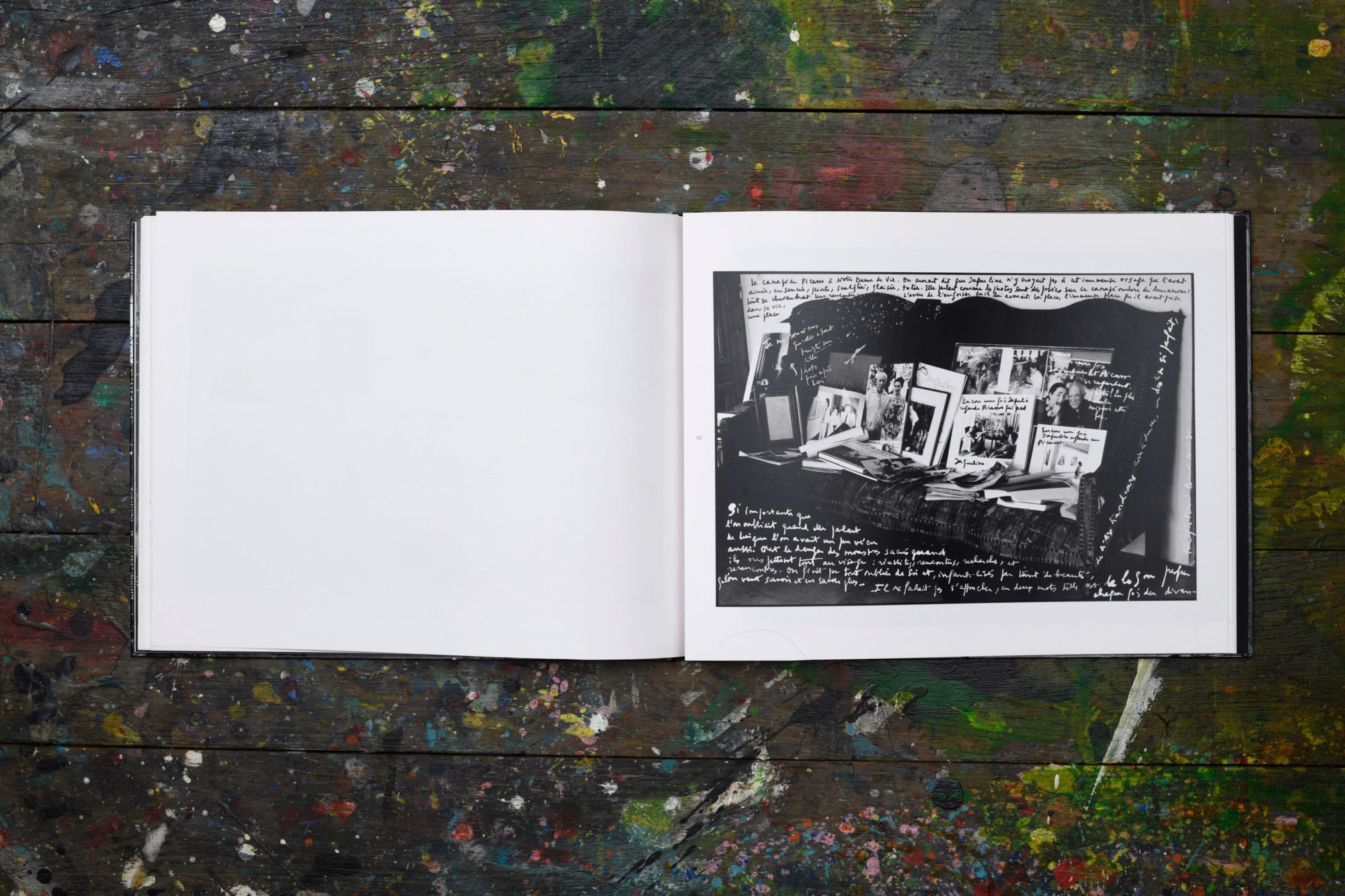 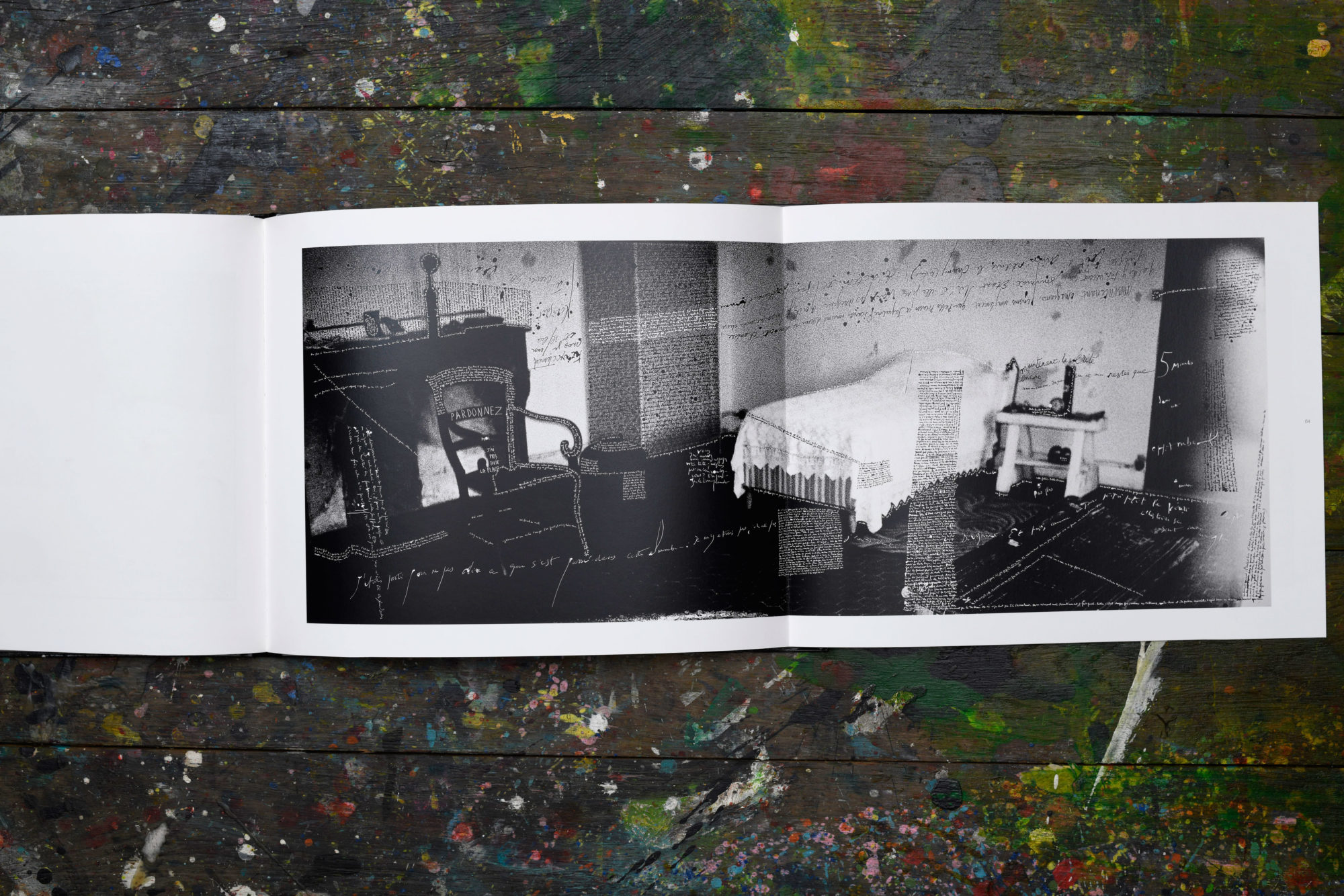 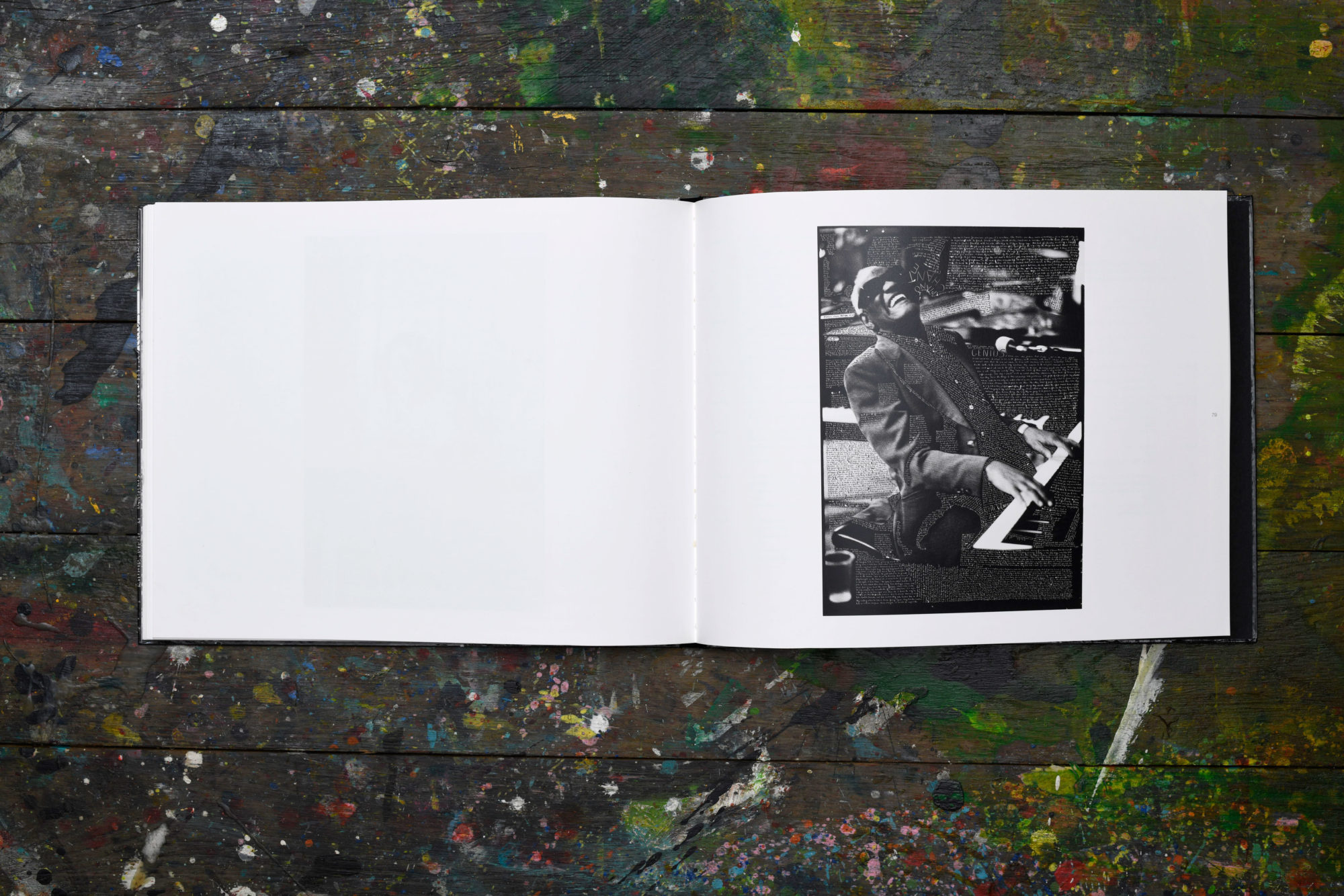 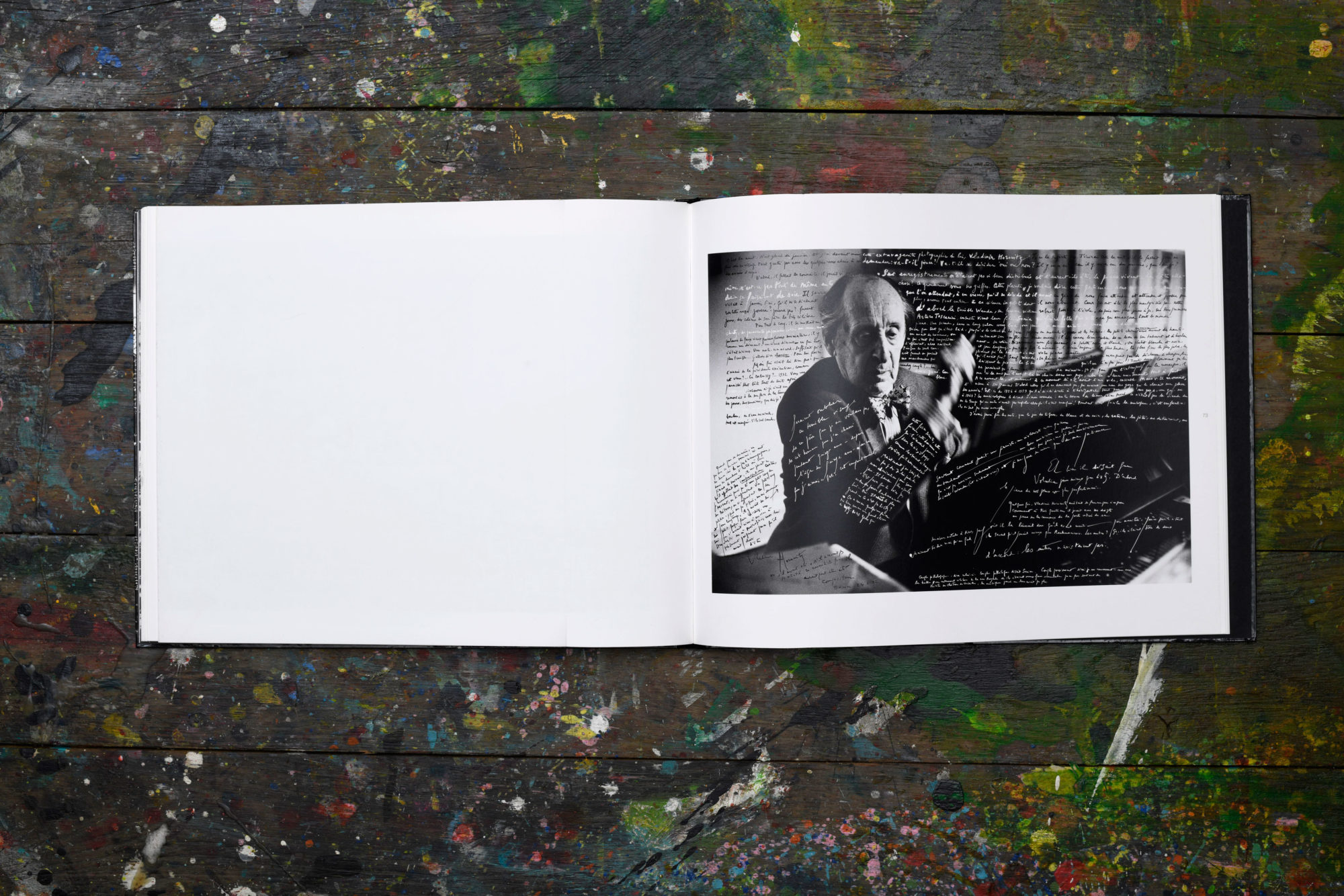 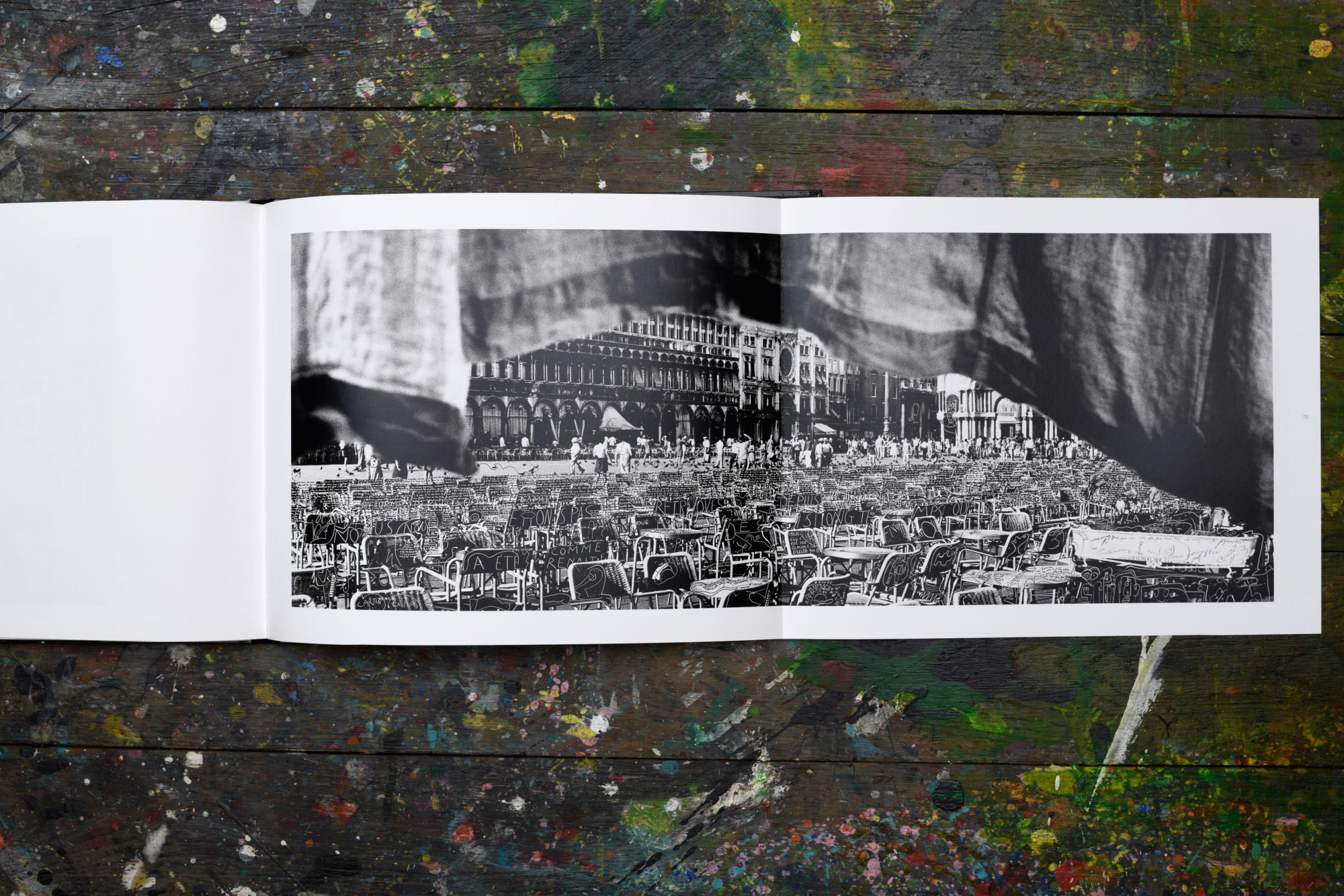 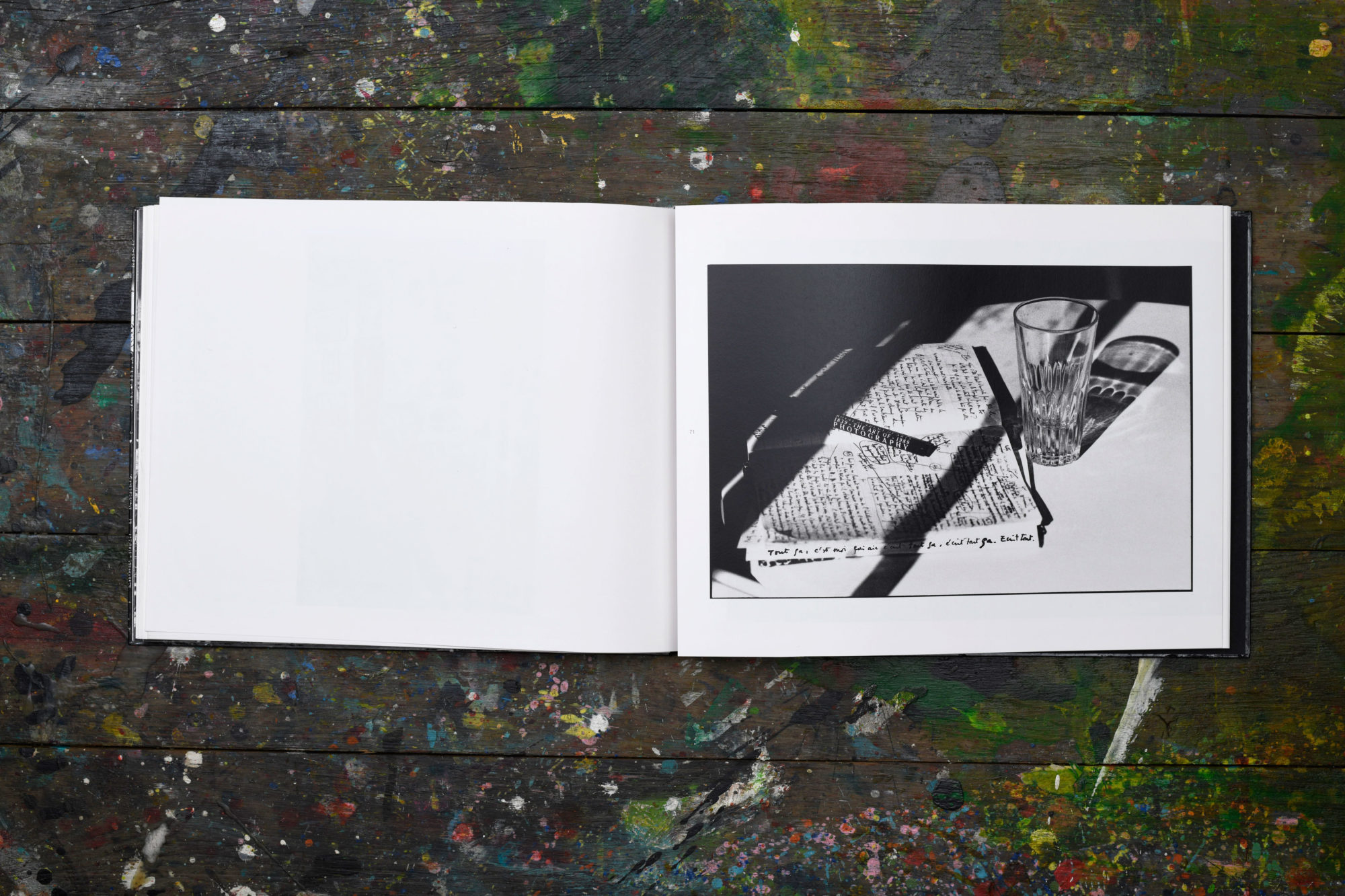 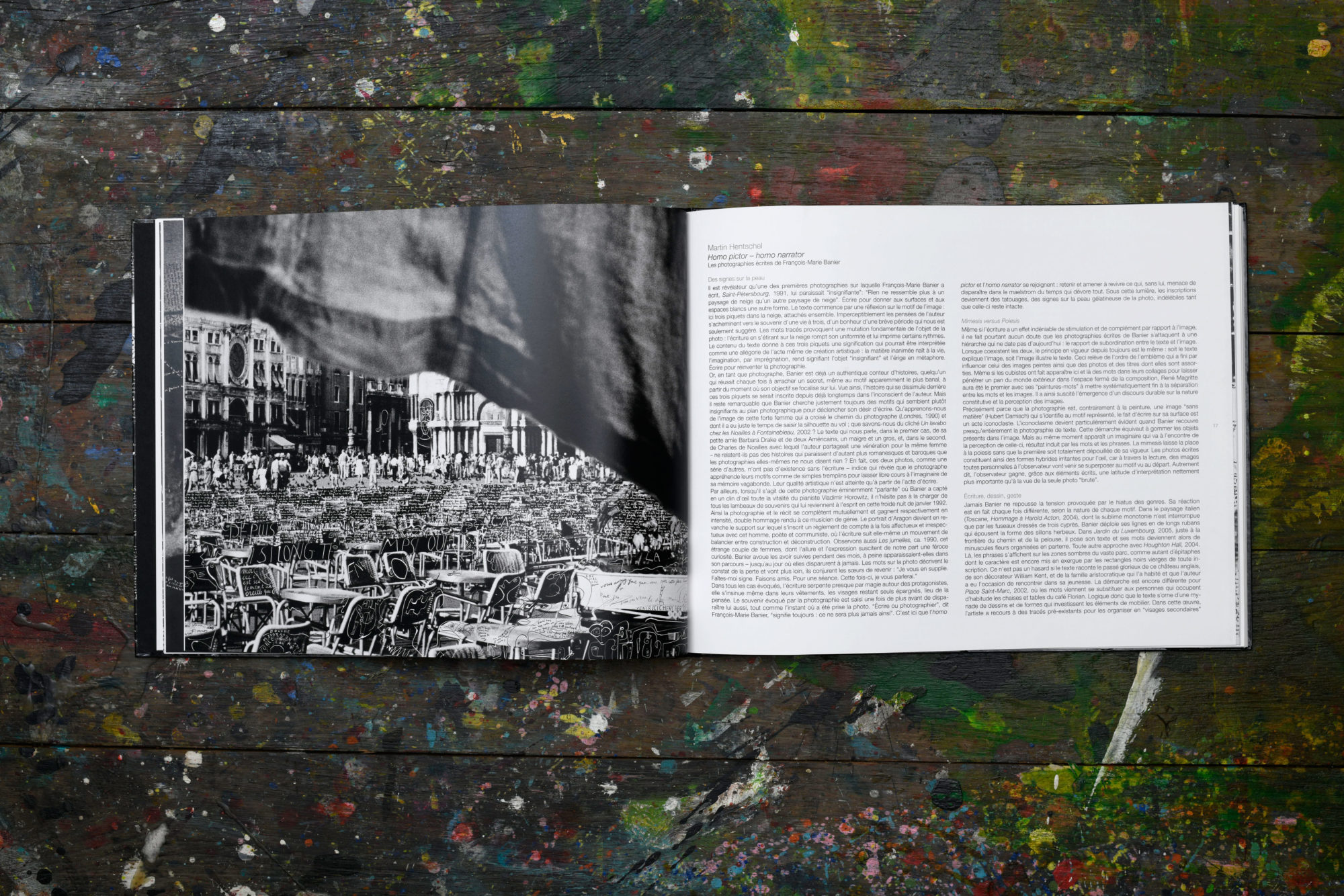 This publication was released on the occasion of the exhibition Written photos at Villa Oppenheim in Berlin, organized by Dieter Appelt & Matthias Niehoff from the 28th of September until the 25th of November 2007

Signs on the Skin

It is telling that one of the first photographs that François-Marie Banier chose to write on (Saint-Pétersbourg, 1991) struck him as “insignificant”: “Nothing looks more like a snow-covered landscape than another snow-covered landscape.” Writing in order to give the white expanses and spaces a different form. The text begins with a reflection on the motif in the picture: three poles in the snow, tied to one another. Quite unexpectedly the writer’s thoughts move on to a triangular relationship from his past, a brief period of happiness which he only hints at. The inscription brings about a fundamental change in the subject of the photograph: writing that drifts off across the snow and interrupts its uniformity with strident rhythms. The content of the text gives a significance to the poles which could be interpreted as an allegory of the very act of artistic creation: the inanimate is brought to life, the imagination impregnates the “insignificant” object with meaning and turns it into a metaphor. Writing in order to reinvent the photograph. […]

By overlaying his photographs with textual forms in black or white ink, François-Marie Banier enhances them in a way that allows two creative elements to manifest themselves simultaneously in his large format prints. What was originally in the pictures remains visible despite the superimposition of the written passages. Opaque white inscriptions lighten areas of shadow, while dense blocks of texts written in black over lighter areas are like pre-established gradations of symbolic structures. The eye is not immediately drawn to these fascinatingly devious experiments in intermediality, and the influence of the literary script on a particular area of the photograph becomes a self-referential process. Objectively speaking, photography still plays a key role in this formal transformation – despite the enhancing effect of the writing. It seems likely that no actual message is intended by the writing that vies with the visual image: what we have here is the visual equivalent of the ‘cut-up technique’. […]

Excerpt from the text Principle, Function, Form and Subjective Reality in Photographs by François-Marie Banier by Dieter Appelt 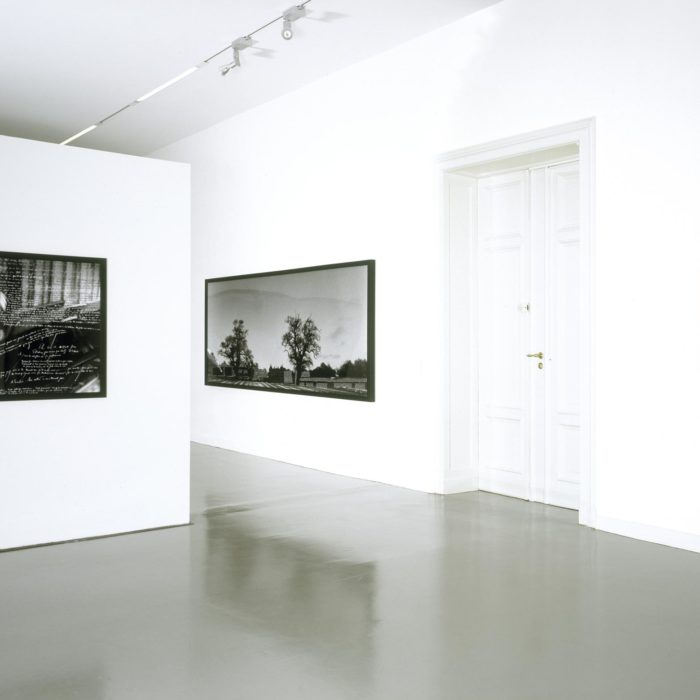