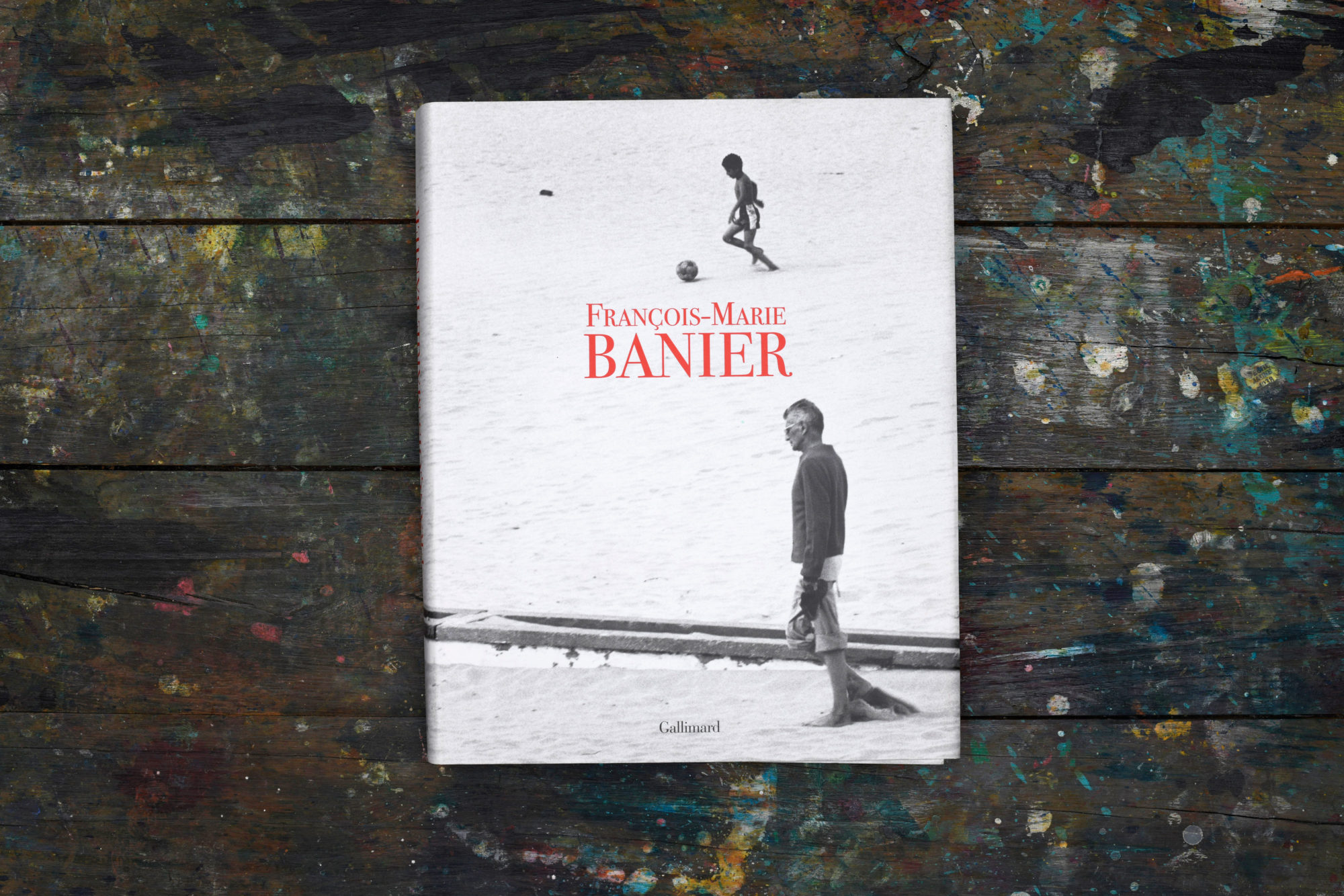 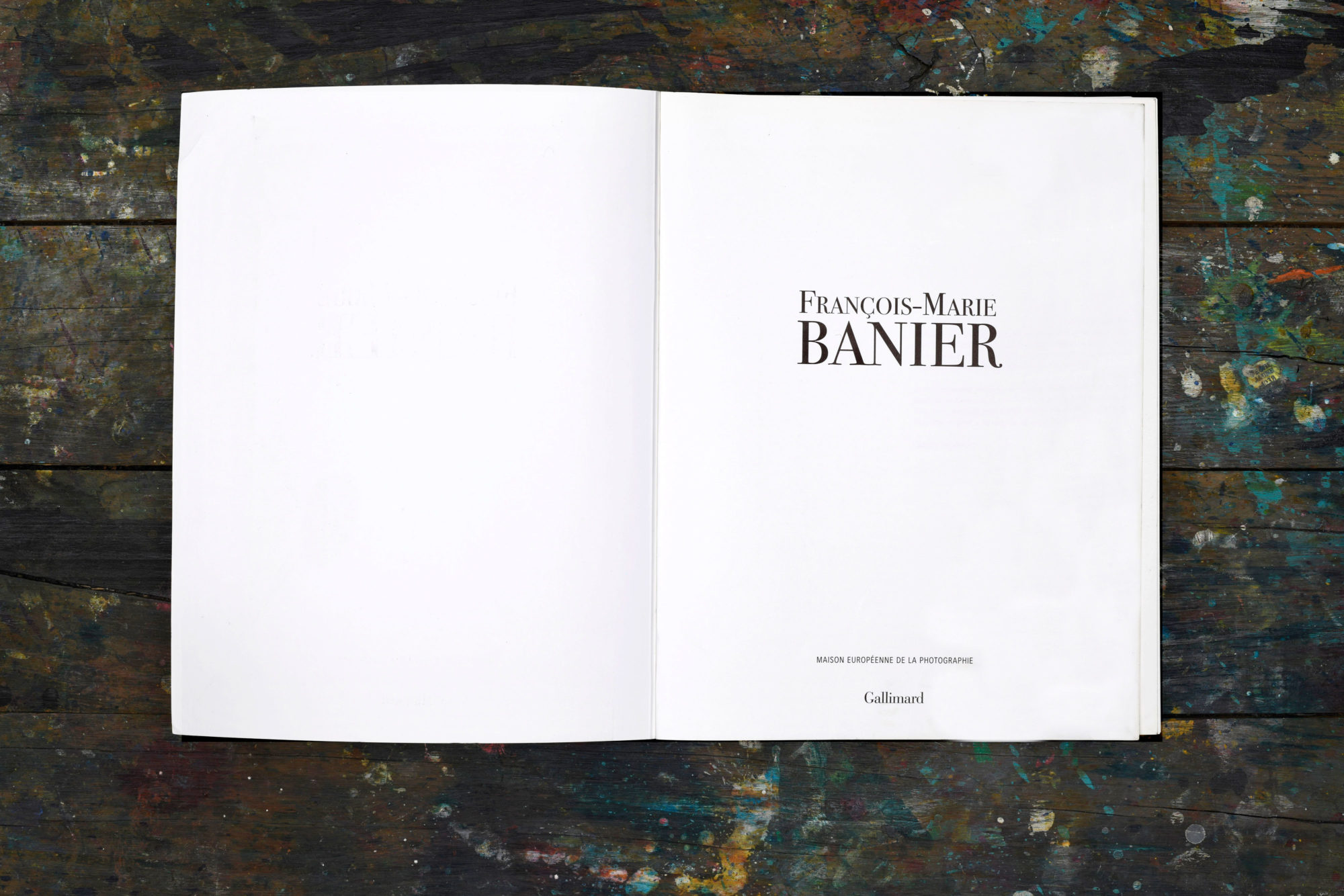 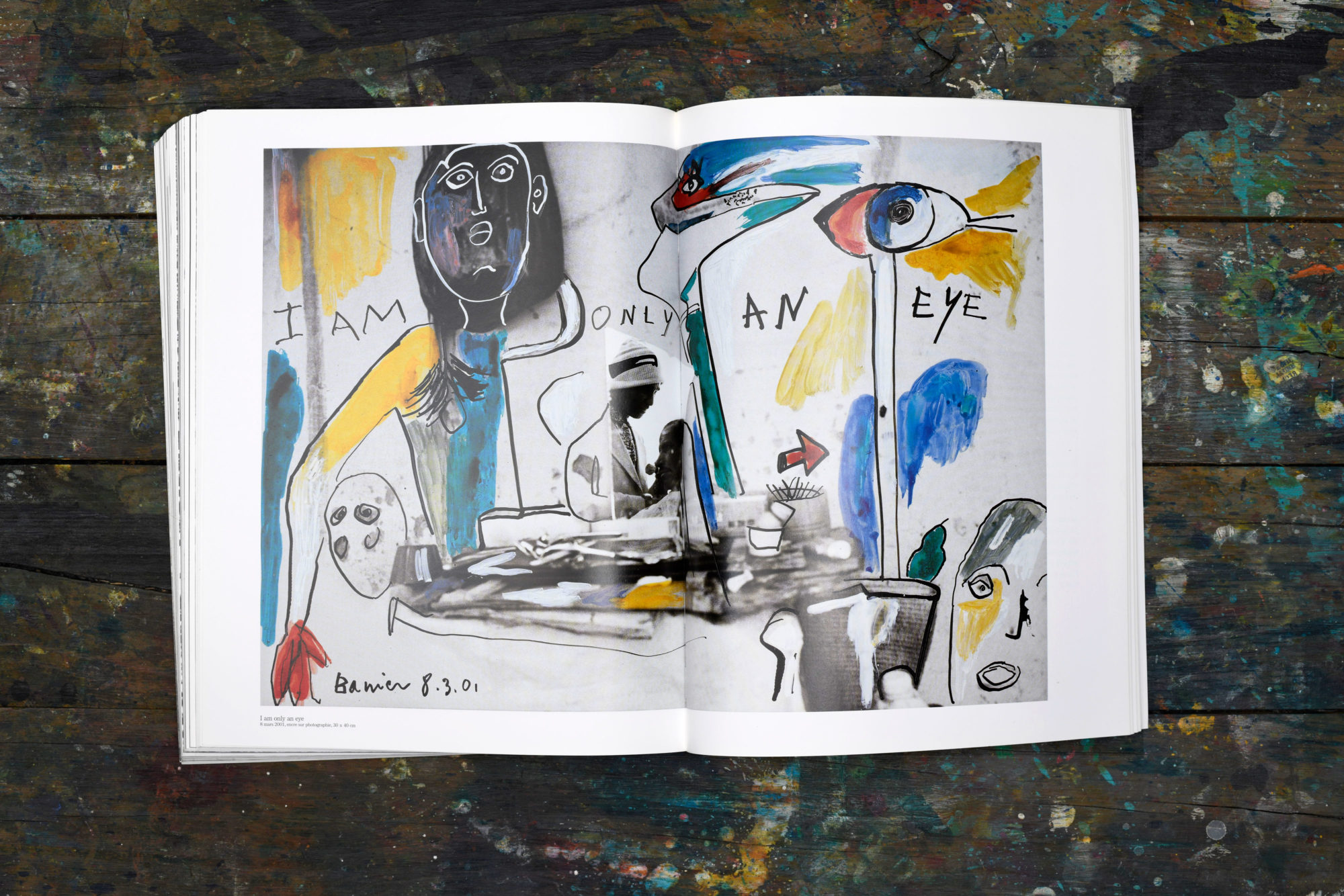 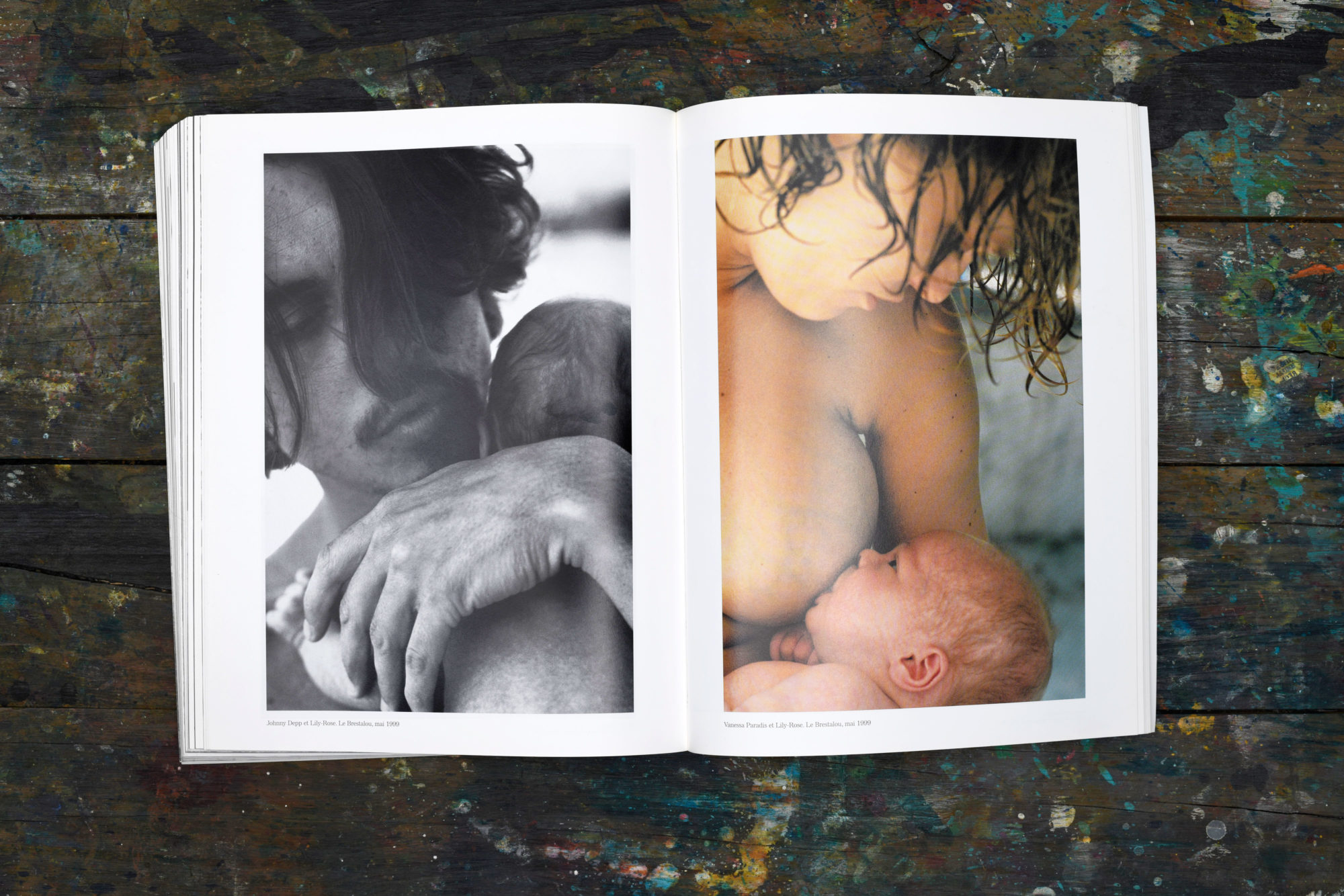 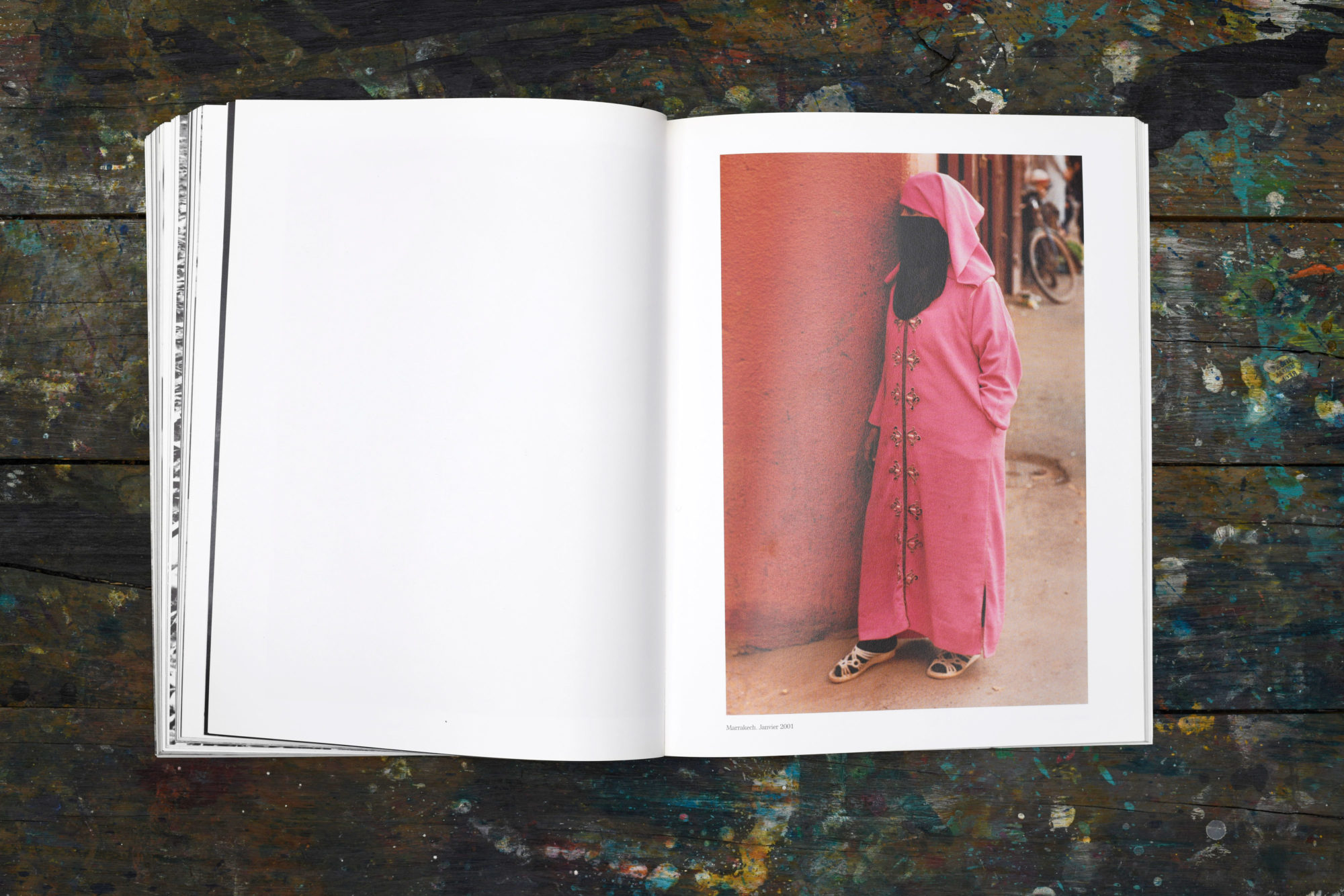 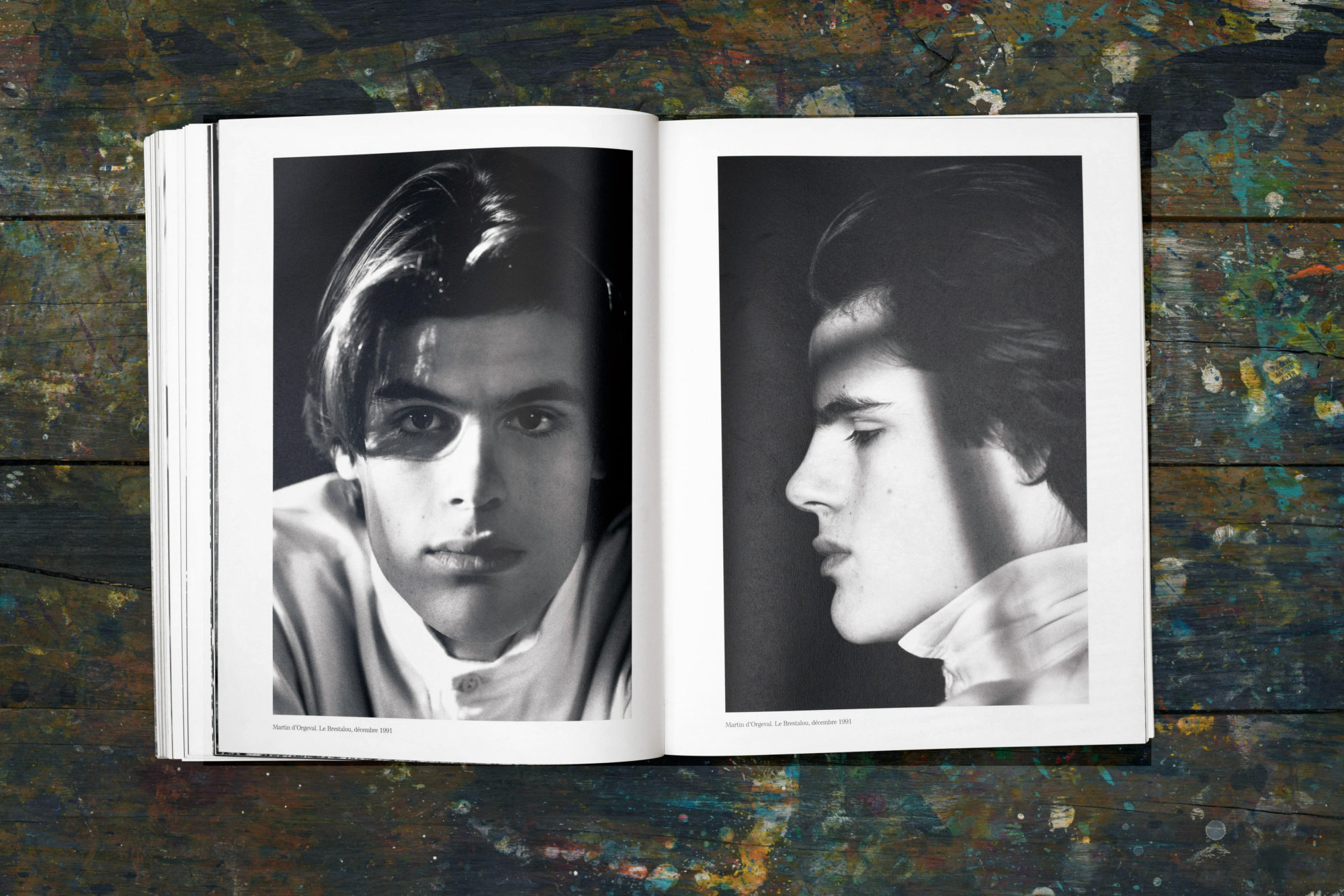 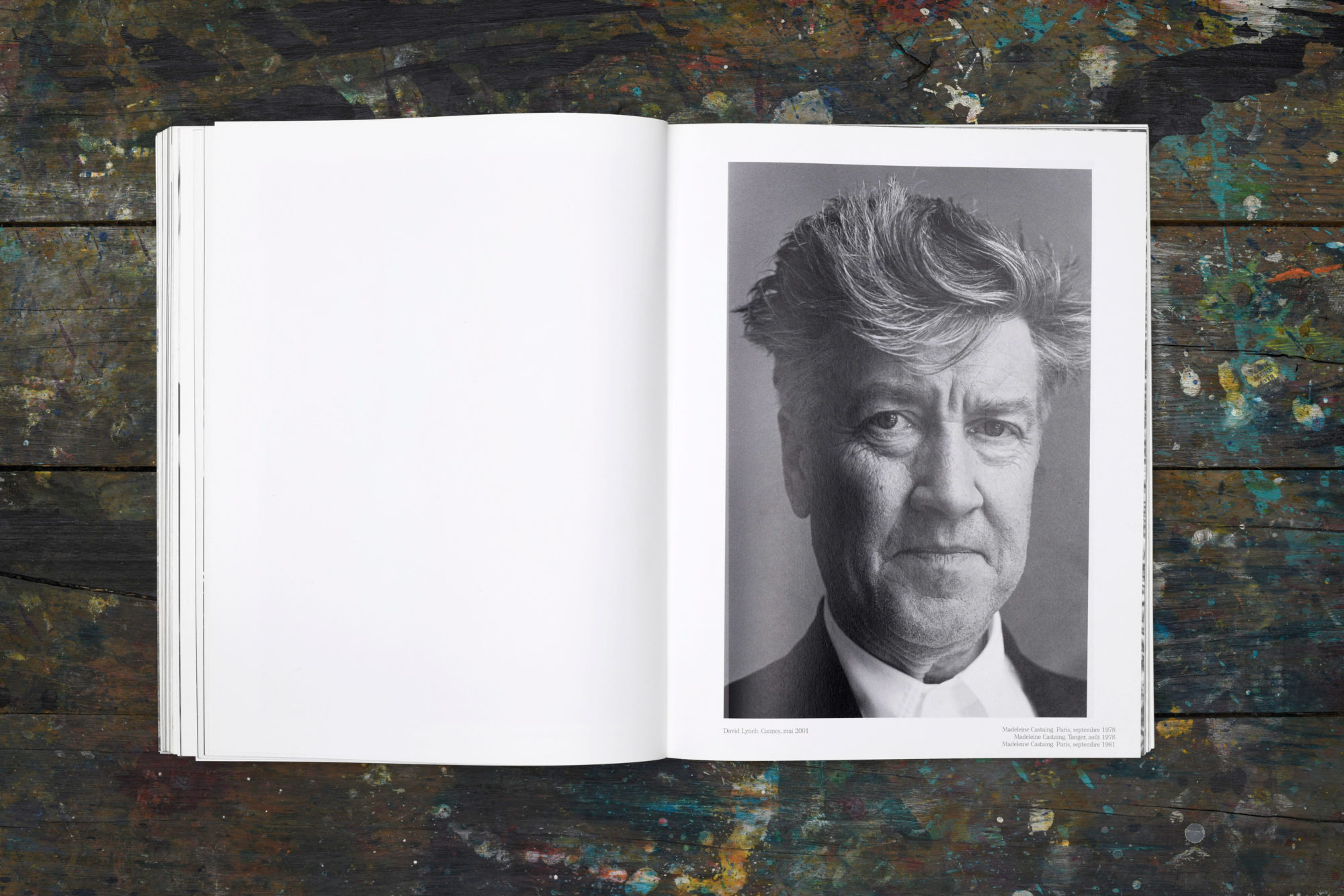 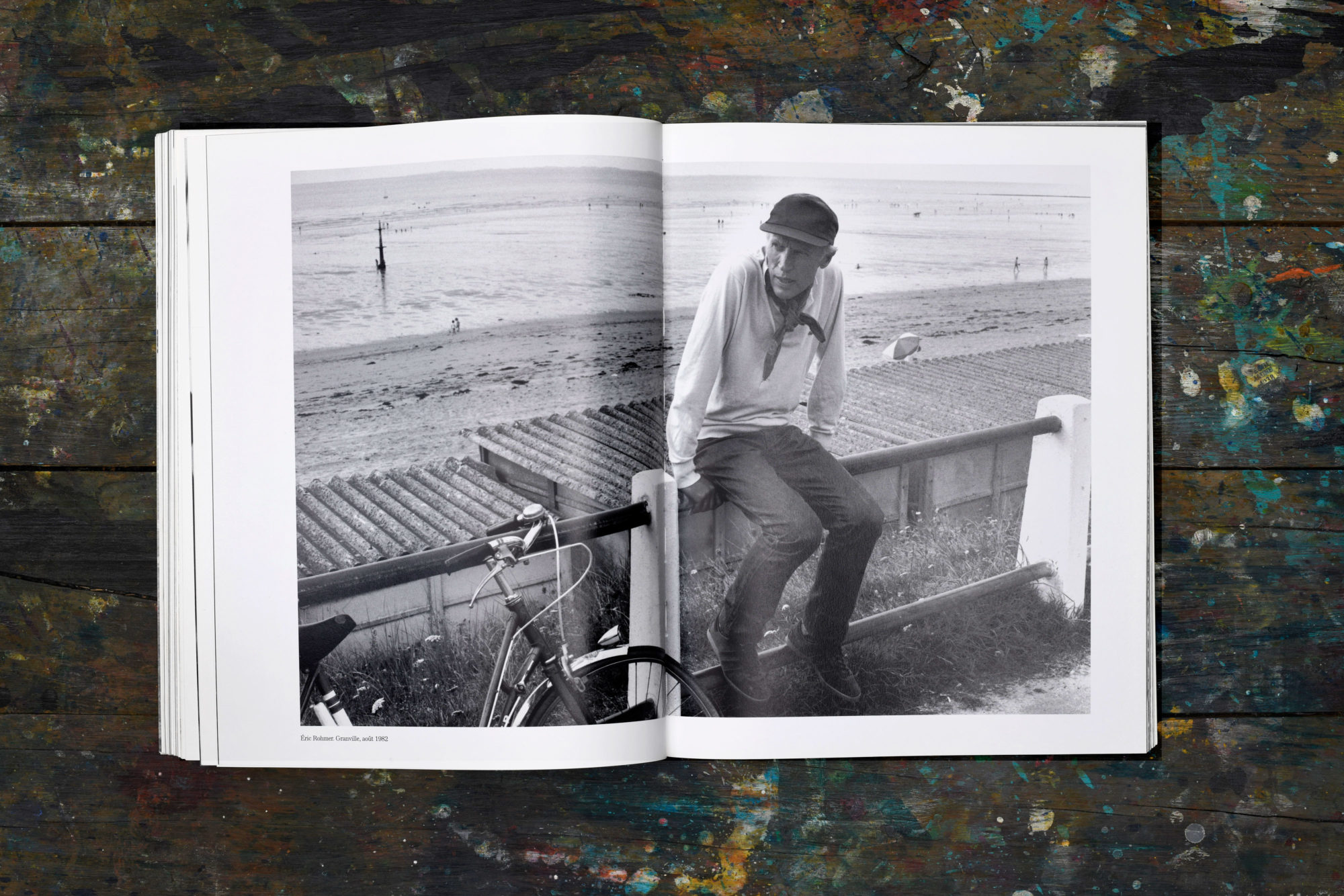 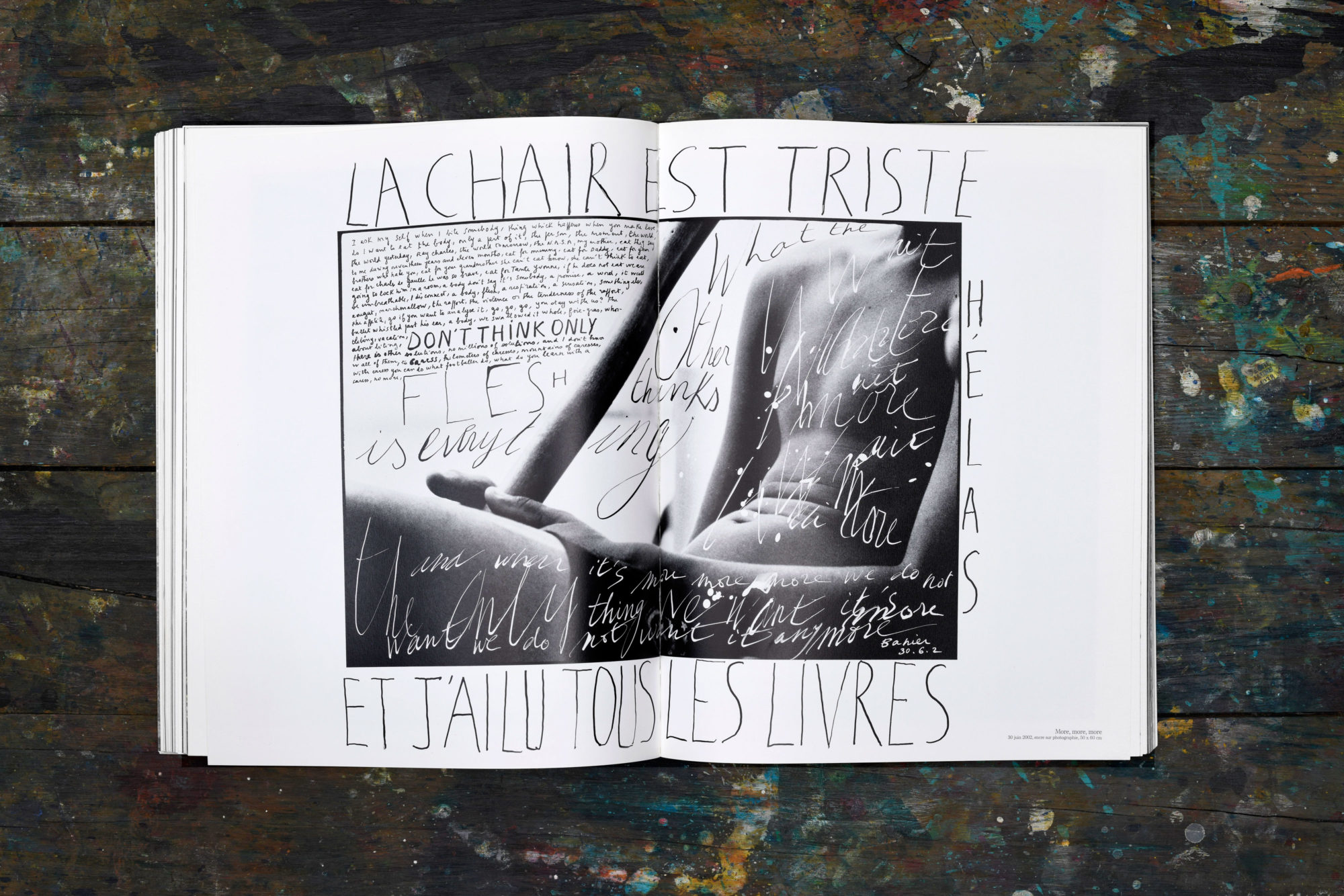 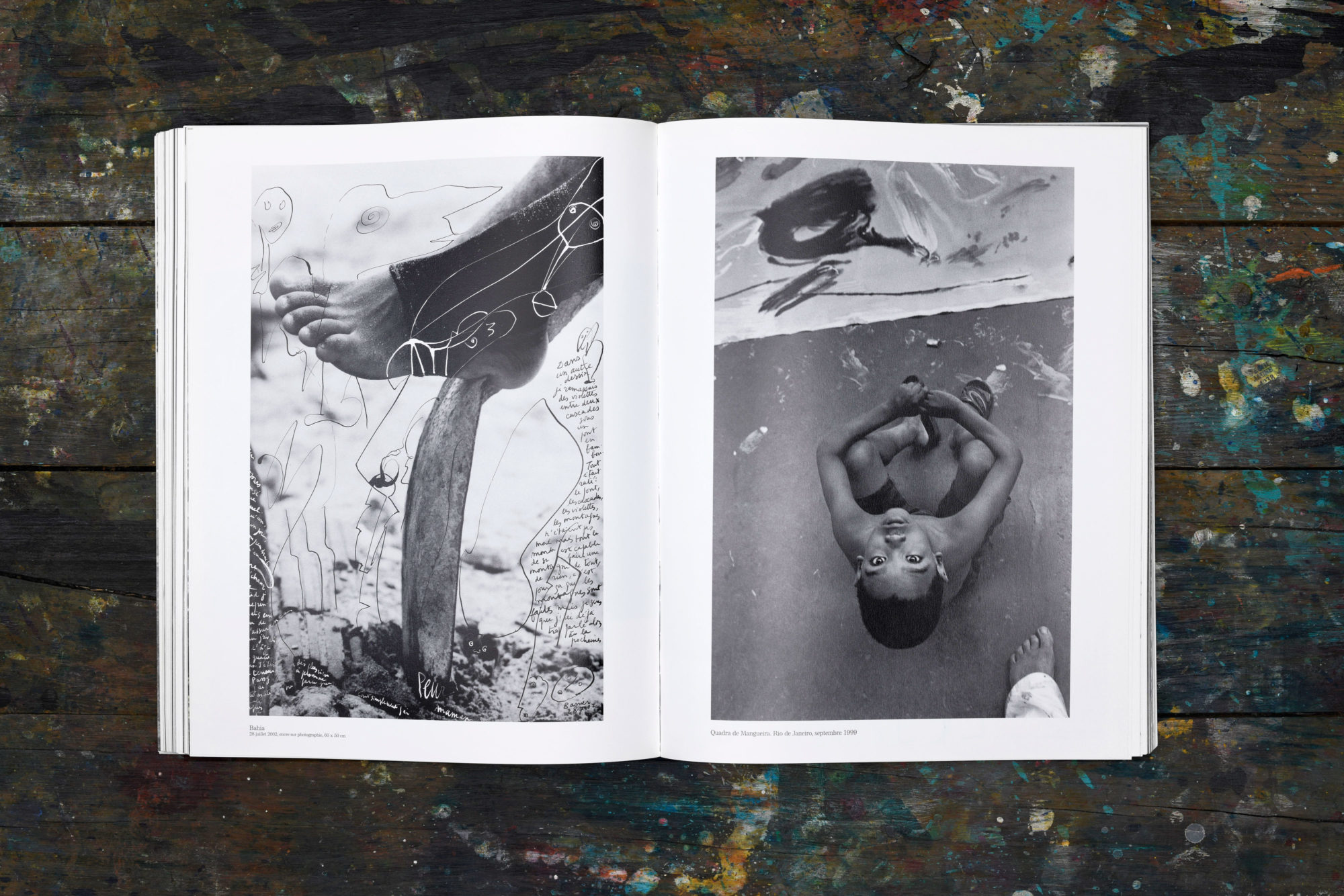 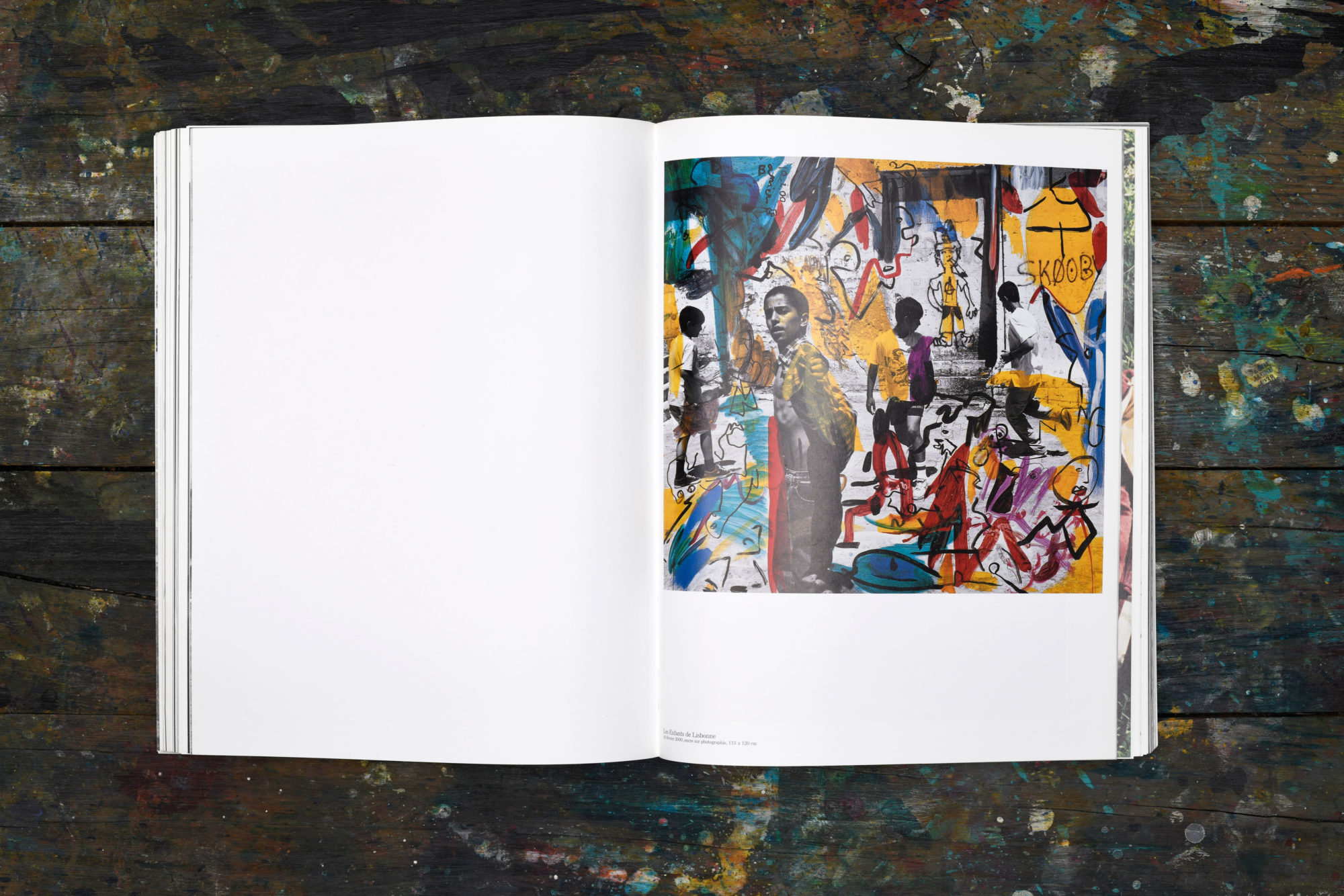 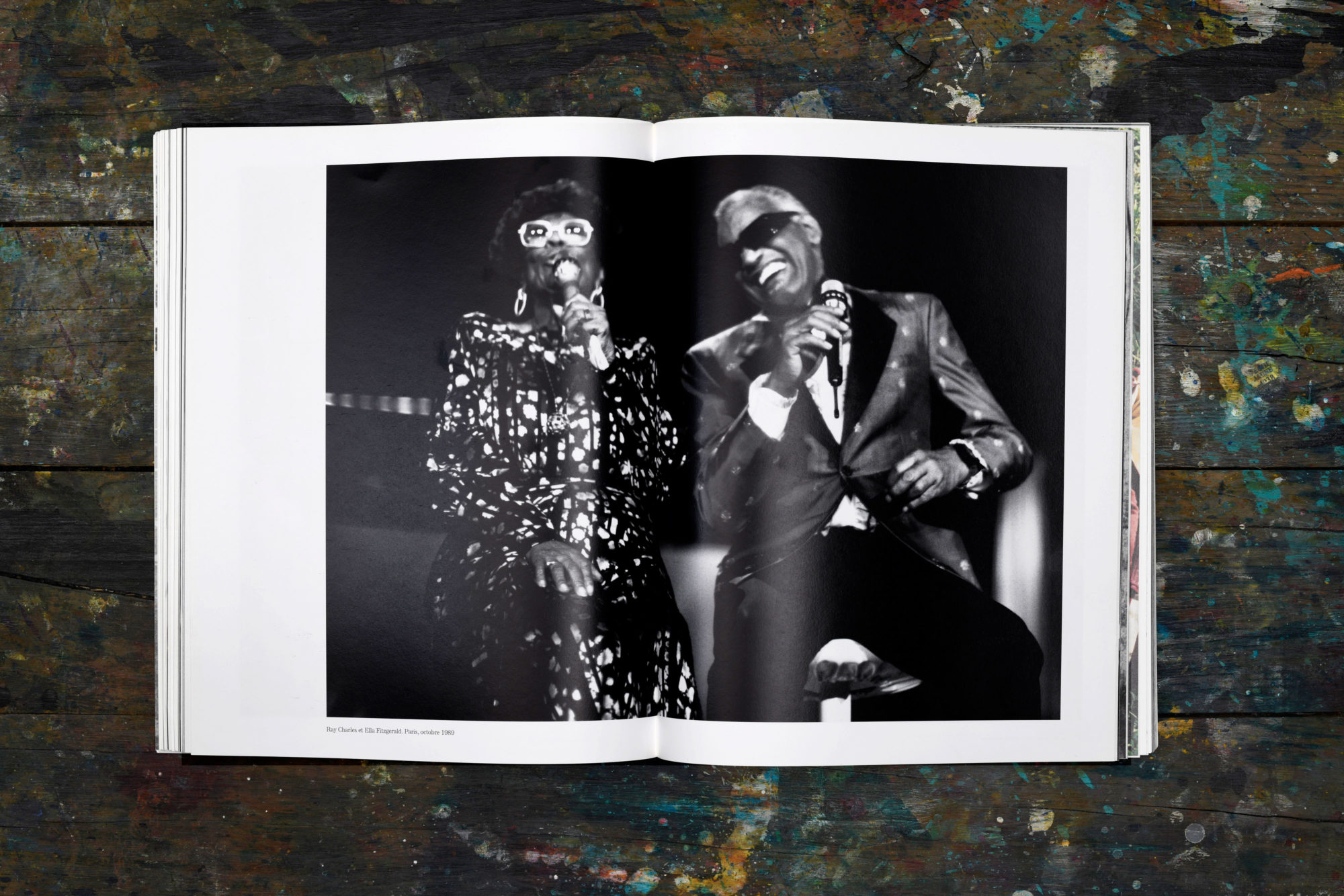 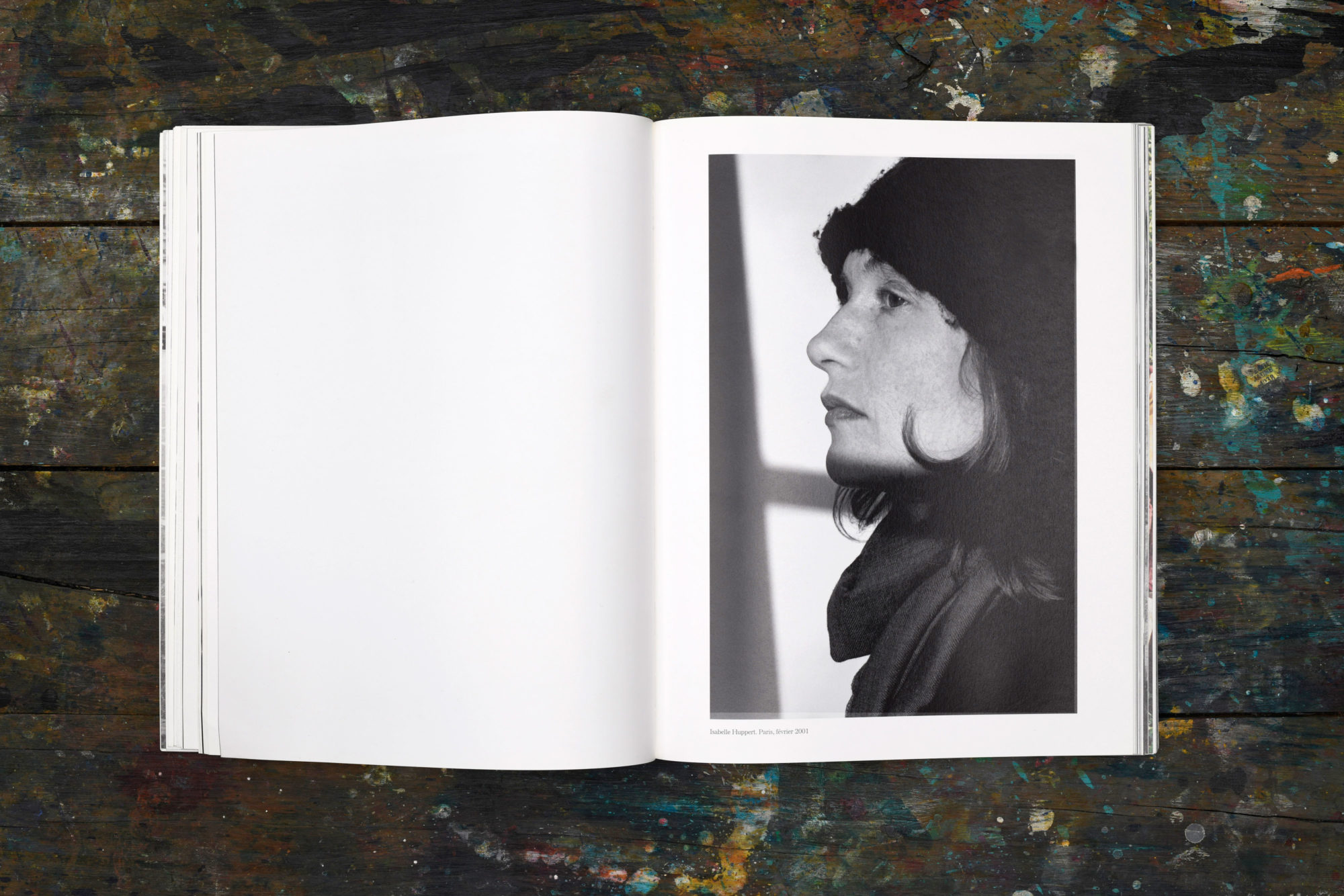 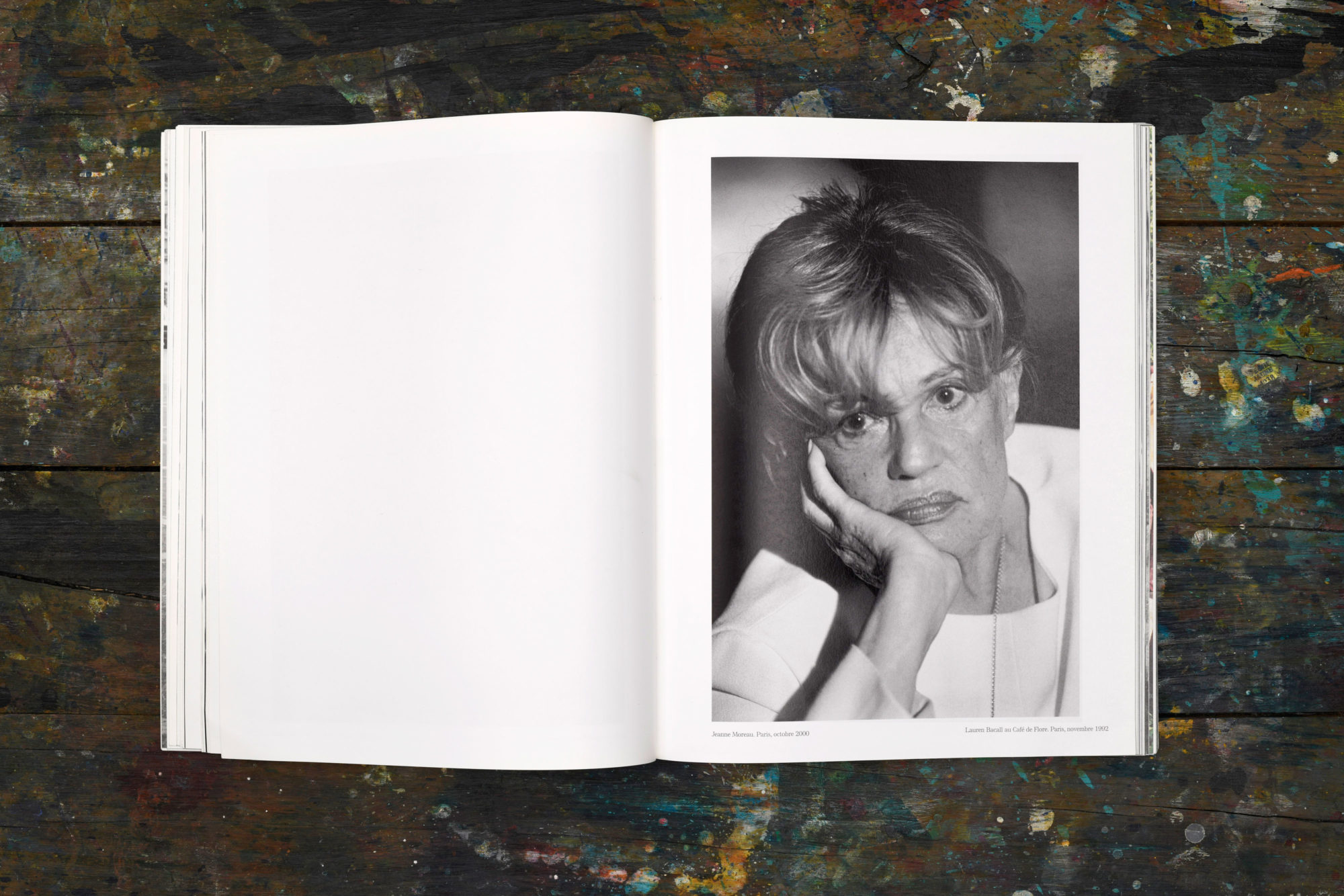 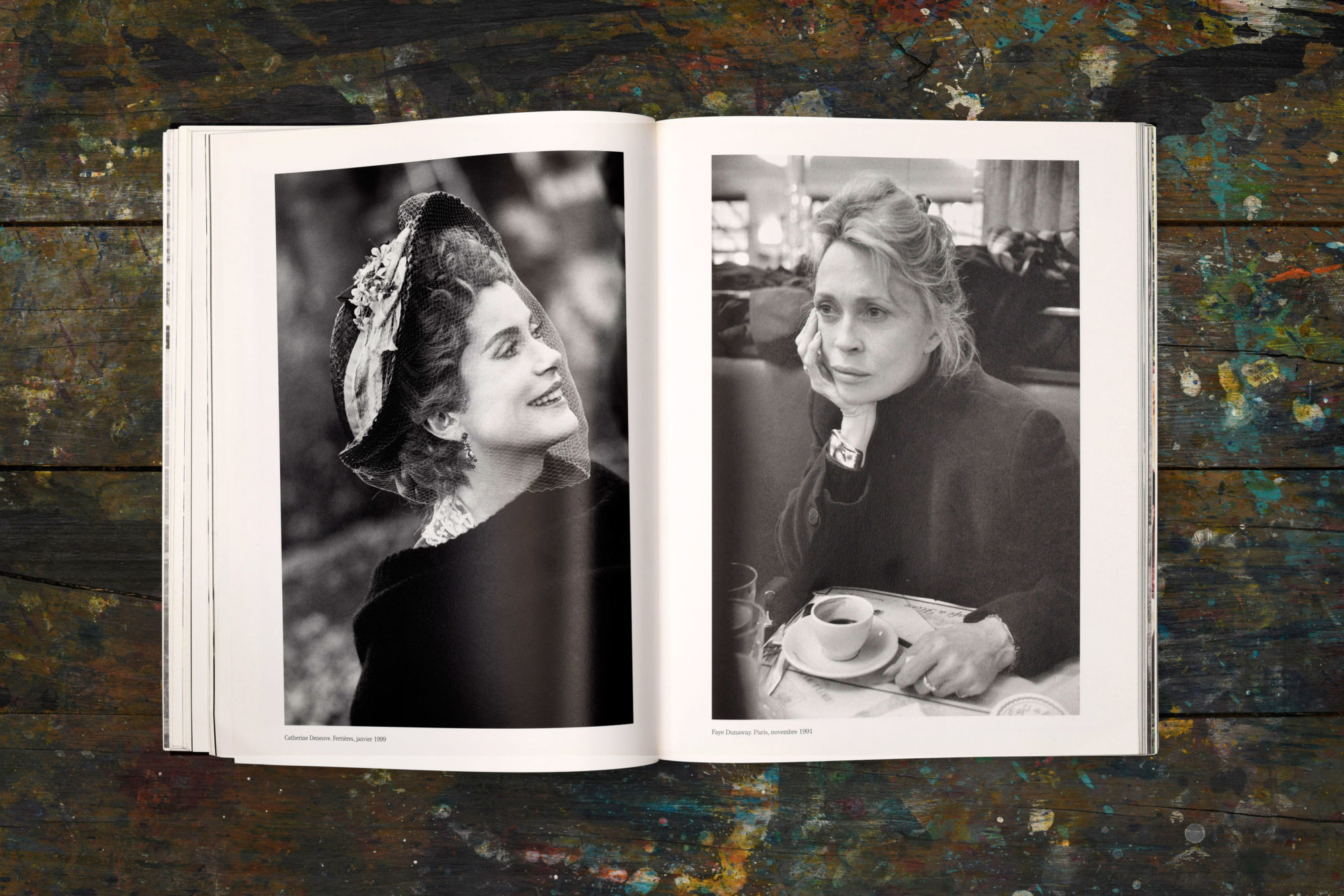 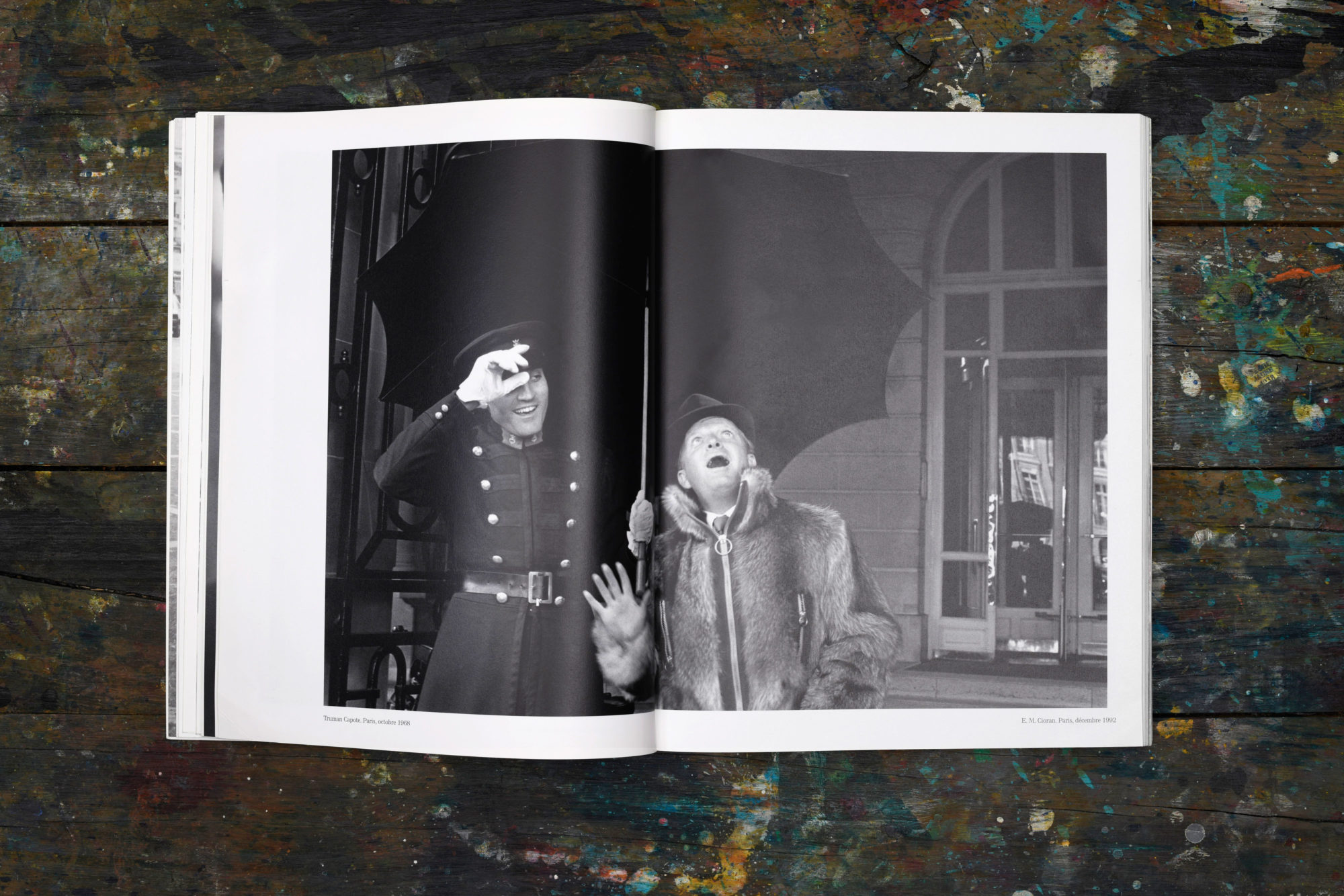 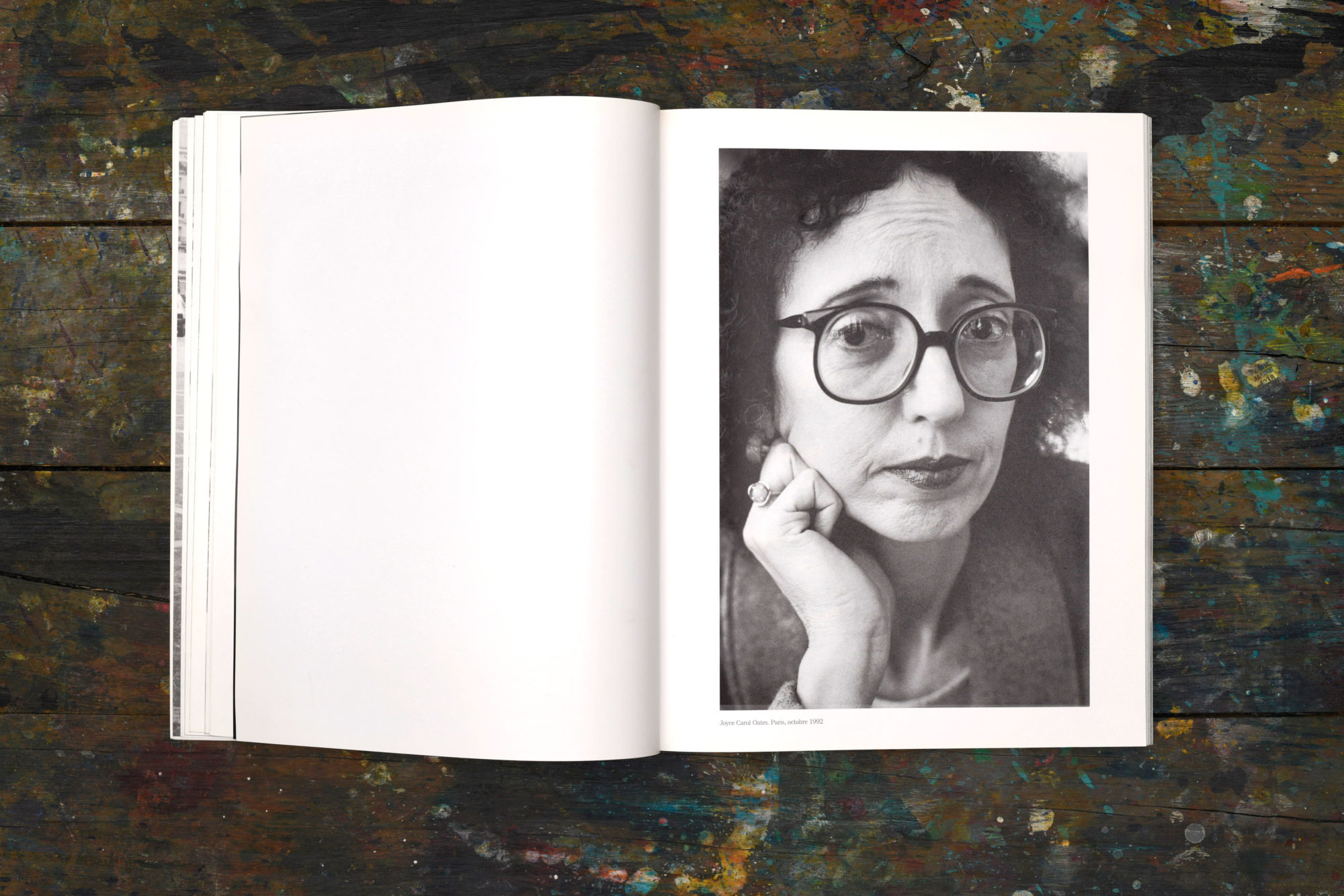 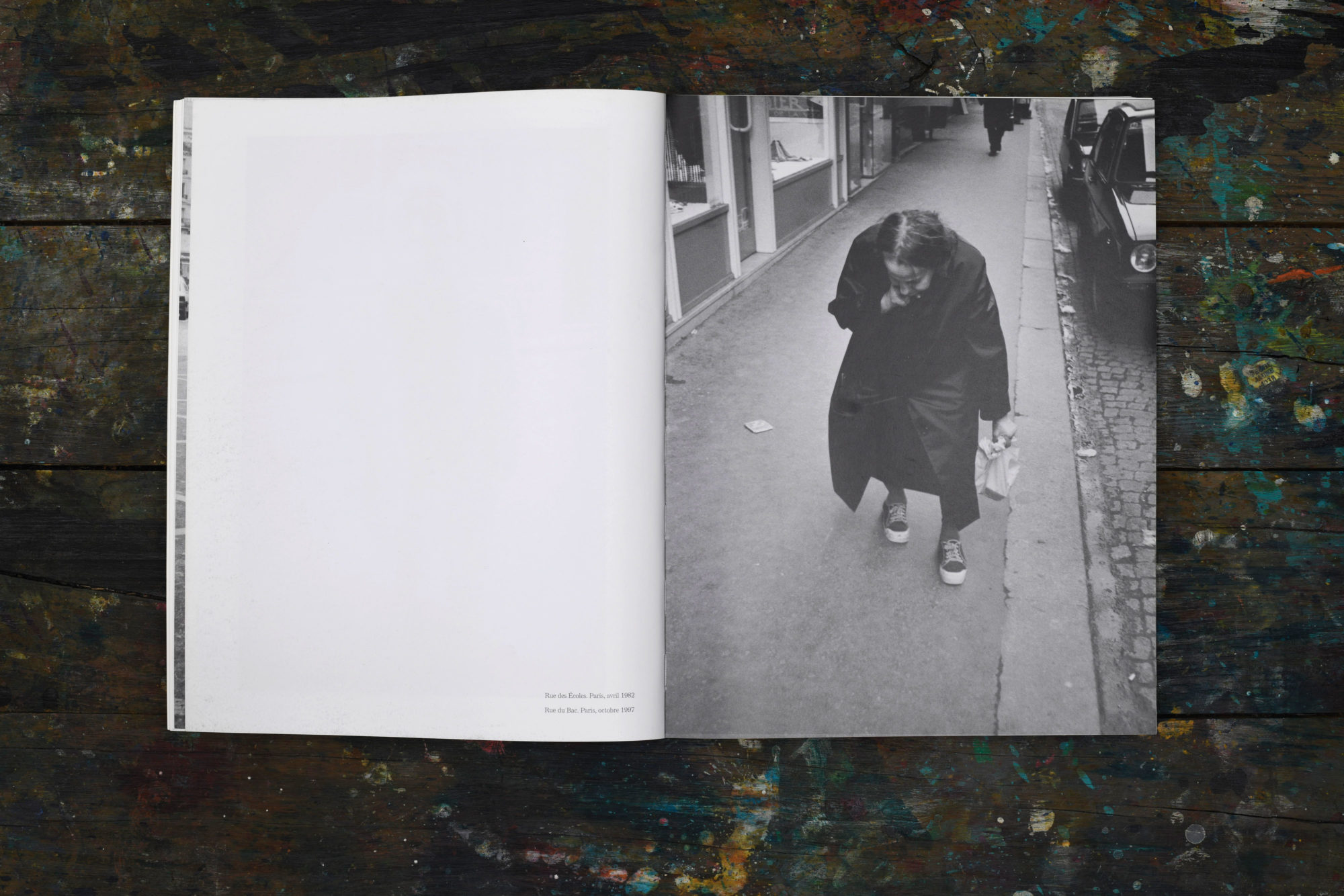 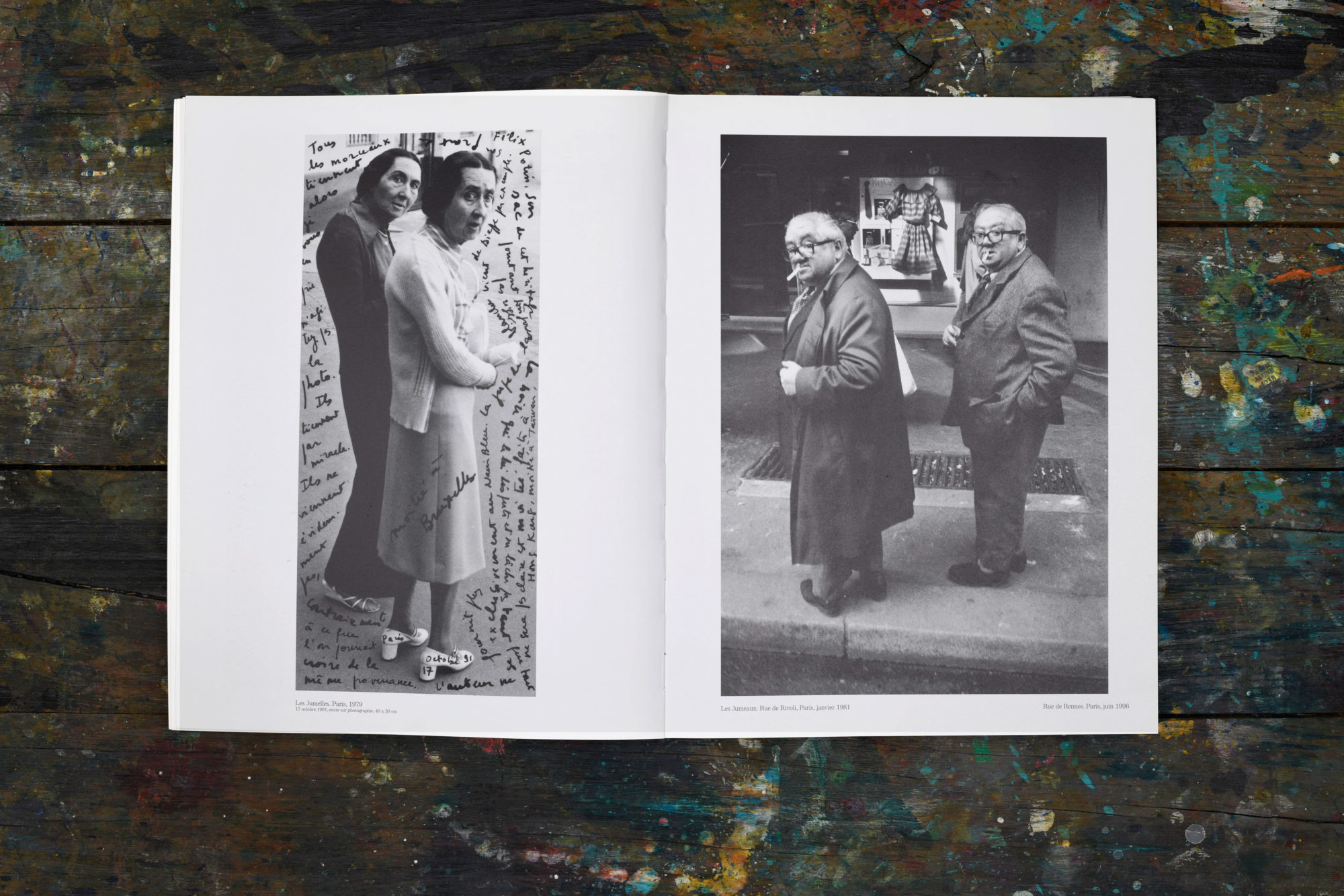 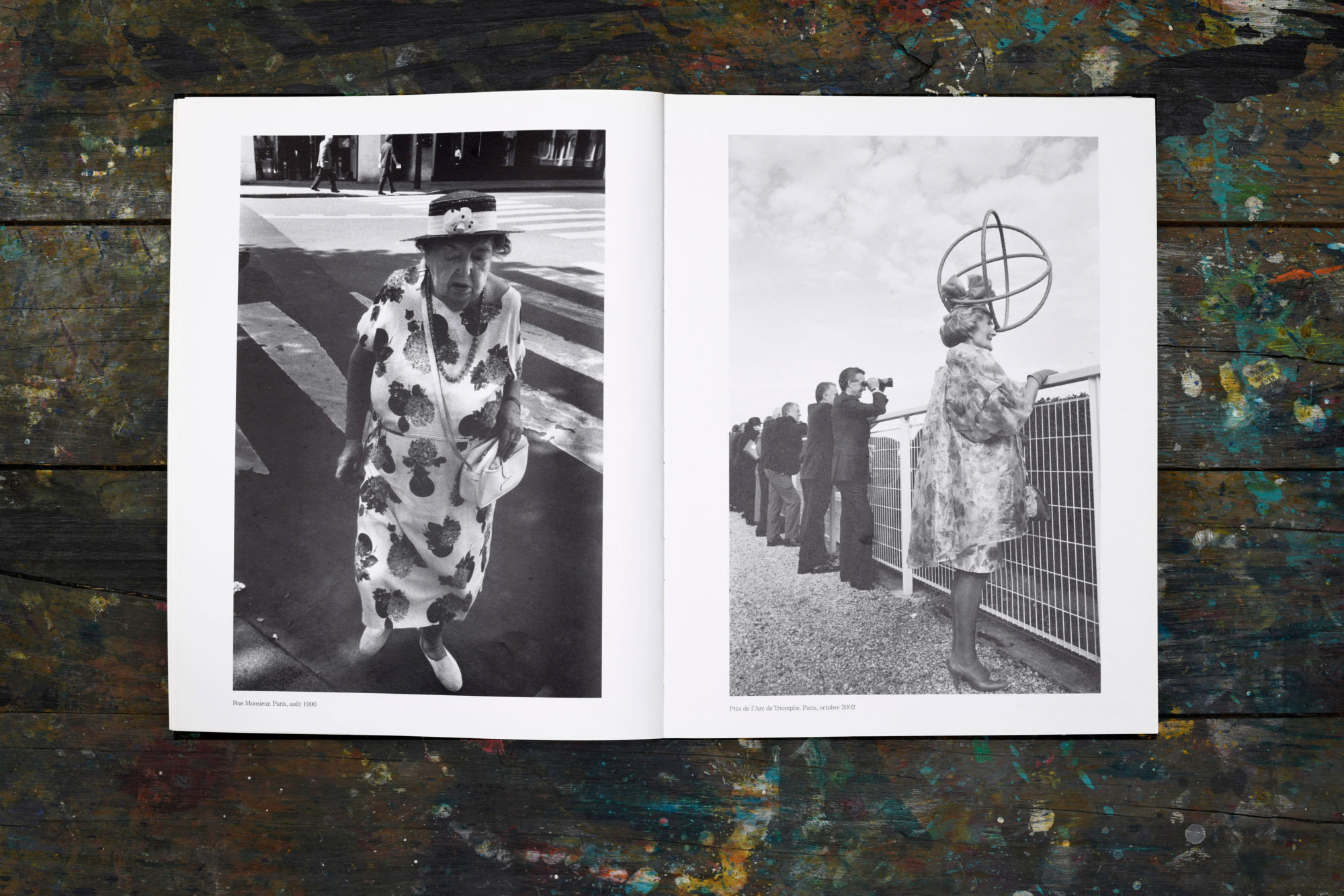 This publication was released on the occasion of the exhibition François-Marie Banier at Maison Européenne de la Photographie in Paris from the 26th of March until the 15th of June 2003.

The morning Banier and I went round his exhibition at the La Recoleta cultural centre in Buenos Aires, I felt the same sensation as I did the day I first met him, and that came back to me on the occasion of our subsequent conversations. As André Gide used to say, it is easy to break free; it is knowing how to be free that is hard. Looking at Banier’s paintings and photographs, I was sure that I had before me the work of a mind of the greatest originality, that originality particular to free souls. He is an artist who is absolutely alien to all the schematisations that end up forming new schools and new “isms”. If there is one thing that really doesn’t interest him, it is finishing up like all those “integrated” artists who throng the academies. On the contrary, Banier evinces a tension and a dynamism such that he could never be listed within the narrow margins of an aesthetic conception. His expressive force comes straight from the guts, without passing through the crucible of thought. He is a man with a faculty for forming sincere friendships from the first moment you meet him – which inclines you to think that this particular encounter had been waiting for you somewhere in the twists and turns of destiny. He has an extraordinary vitality and an overflowing joy which he communicates to those around him. Sometimes he gives the impression of being one of those clowns in whom, at certain moments, one glimpses an underlying melancholy. […]

Excerpt from the text A Free Spirit by Ernesto Sabato

“The truth of life lies in observation and memory, otherwise it merely passes us by.”
Marcel Proust

François-Marie Banier’s photographic novel begins with the passers-by he sees in the street, whom he calls “my crossers.” Among these walking women whom he observes with genuine amazement, we could distinguish the twin sisters in the Luxembourg Gardens, walking in step, arm in arm. They were among his first models. He portrayed them with his Minox in 1979, 1980 and 1981, left them, found them again then lost track of them. Later, he was moved to write this heartfelt appeal directly on the surface of one of his prints: “They lost me. Where is your haunt now? Please, get in touch.” […]

“I love life. I love to plunge into the depths of all living beings; but I loathe that compulsive, hostile ‘you must’ which holds me captive, tries to force me to lead a life that is not for me – a base, functional, useful life without Art.”
Egon Schiele

The works of a life, taken in the midst of life, speaking about life – what the photographs of François-Marie Banier express is by turns – or sometimes all at once – the sublime and the ridiculous, burlesque, tragedy, irony, joy and melancholy, passing time and time to come. As he writes, “Faces, walks, ways of being, couples and solitudes are poems, manifestos. The photographer is their publisher.” Banier disappears behind his models. Photography for him is very much a personal matter, but he never says “I.” His portraits are both human visions and proofs of love, worlds of emotion, stories told by a novelist fascinated by his characters’ secrets. What matters, what moves him, is a person’s deep self, and these forms that he finds in the silhouettes and faces that inspire him. […]

Excerpt from the text The Eternal other by Martin d’Orgeval

Suddenly, in the street, a form rises up before me, a face appears that I have never seen before and that speaks to me. The way their foot strikes out to move forward sets a whole narrative in motion (the novel each one of us drafts every day). […]

Excerpt from the text People by François-Marie Banier

I had known Madeleine Castaing since I was a child. I knew just about everything there was to know about her legendary love for Marcellin, her husband, and her incredible gifts as a decorator and her fascinating relationship with Soutine, and the book she spent her life reading: A la recherche du temps perdu, which she first opened in 1913. […]

Excerpt from the text Madeleine Castaing by François-Marie Banier

Silvana Mangano, her black eyes, that never-ending nose, that cruel beauty – how to capture that astral presence? How to show her without betraying her depth and her elegance? Like the ocean, like the pyramids, like the moon reflected in the waters of a mountain stream, Silvana Mangano is beyond words. […]

Excerpt from the text Silvana Mangano by François-Marie Banier

I never thought I would photograph Horowitz. Neither so close, nor for so long. He couldn’t bear people coming near him. If you ventured to do so, he would reply either with a bark or with one of his pet phrases: “That’s none of my business”, or “I don’t care.” […]

Excerpt from the text Vladimir Horowitz by François-Marie Banier

It was to Yves Saint Laurent, my brother of the 1970s, that I showed my first photographs of solitary strangers. He himself lived a very reclusive life, wrapped up in his work and his desire to leave an œuvre. […]

Excerpt from the text Yves Saint-Laurent by François-Marie Banier

I became a photographer in 1968, as a way of keeping Marie Laure. So that I would never lose her. […]

I started by writing on my photographs, encouraged by certain masses of white and black that I found inside other forms and that suddenly had something to say. With my pen and then my brush I entered into the photographs, which have their own life, and I continued. […]

Why not, while I’m at it, in this exhibition that I wanted so badly, because it represents all those encounters I had with strangers. […]

Excerpt from the text Man with Rat by François-Marie Banier

The life of photography

Who is a photographer? Any high-wire artist without a wire, any conductor without an orchestra, any realistic dreamer with a bit of persistence who, whether confusedly or not, has the feeling, the courage – it only takes a slight movement of the index finger – to stop the world. He blocks it, wedges it, lays it out. For good. Makes it solid. That is where the work of art begins: when it’s over. When the photo has been taken, printed, chosen. Sold, I might say. […]

This book is also available in French version from the same publisher. 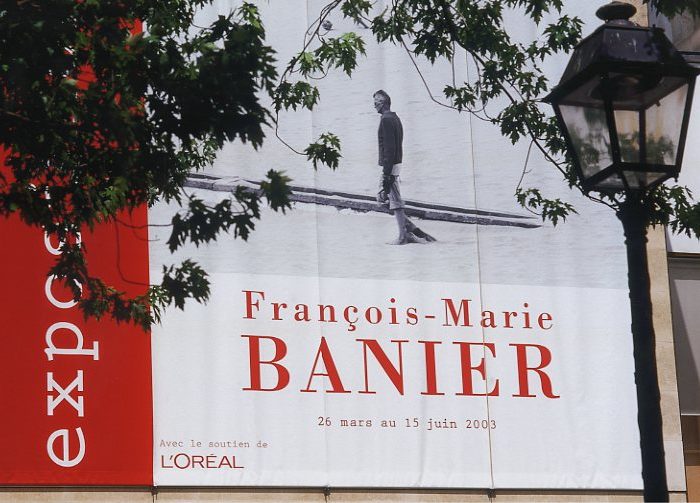