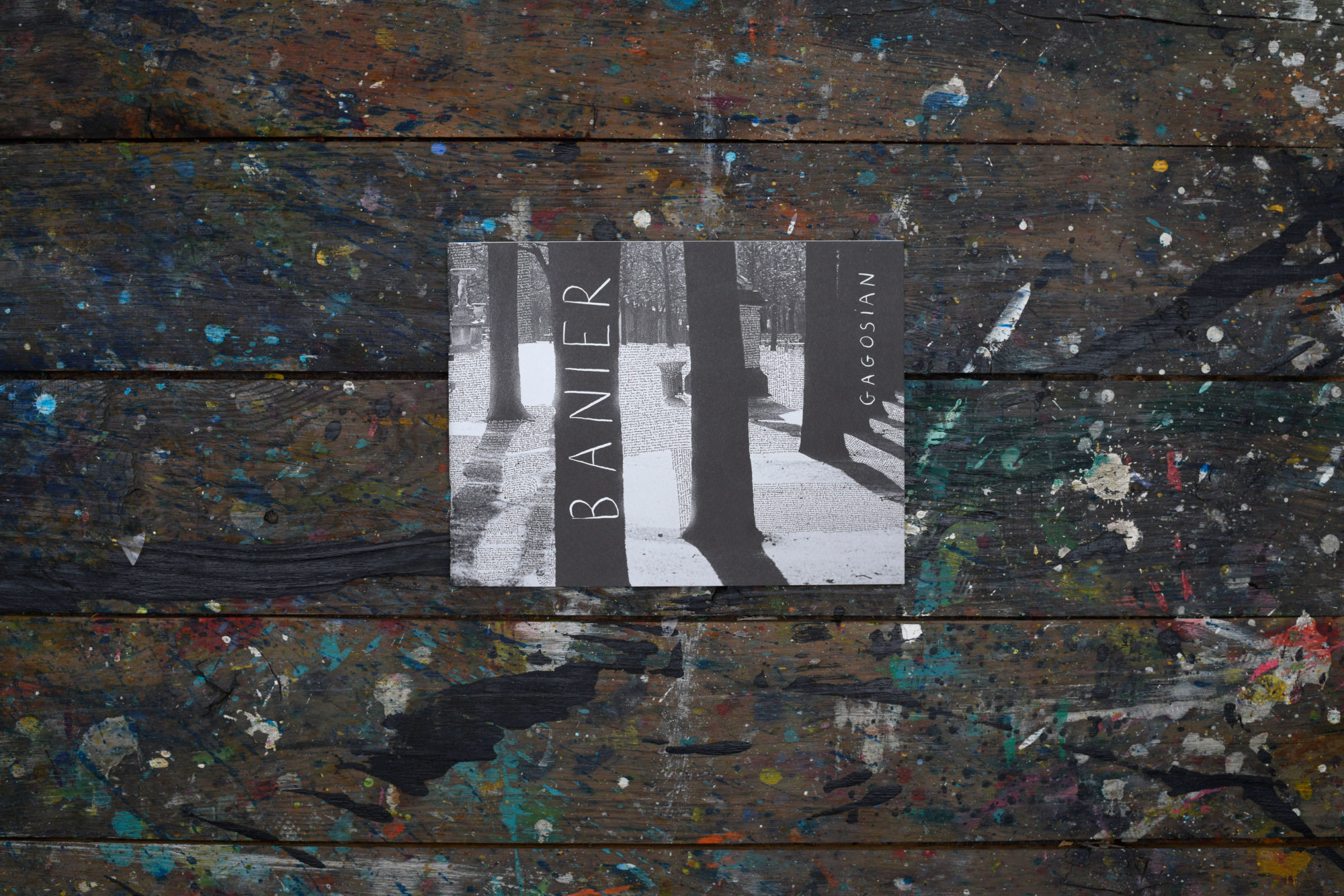 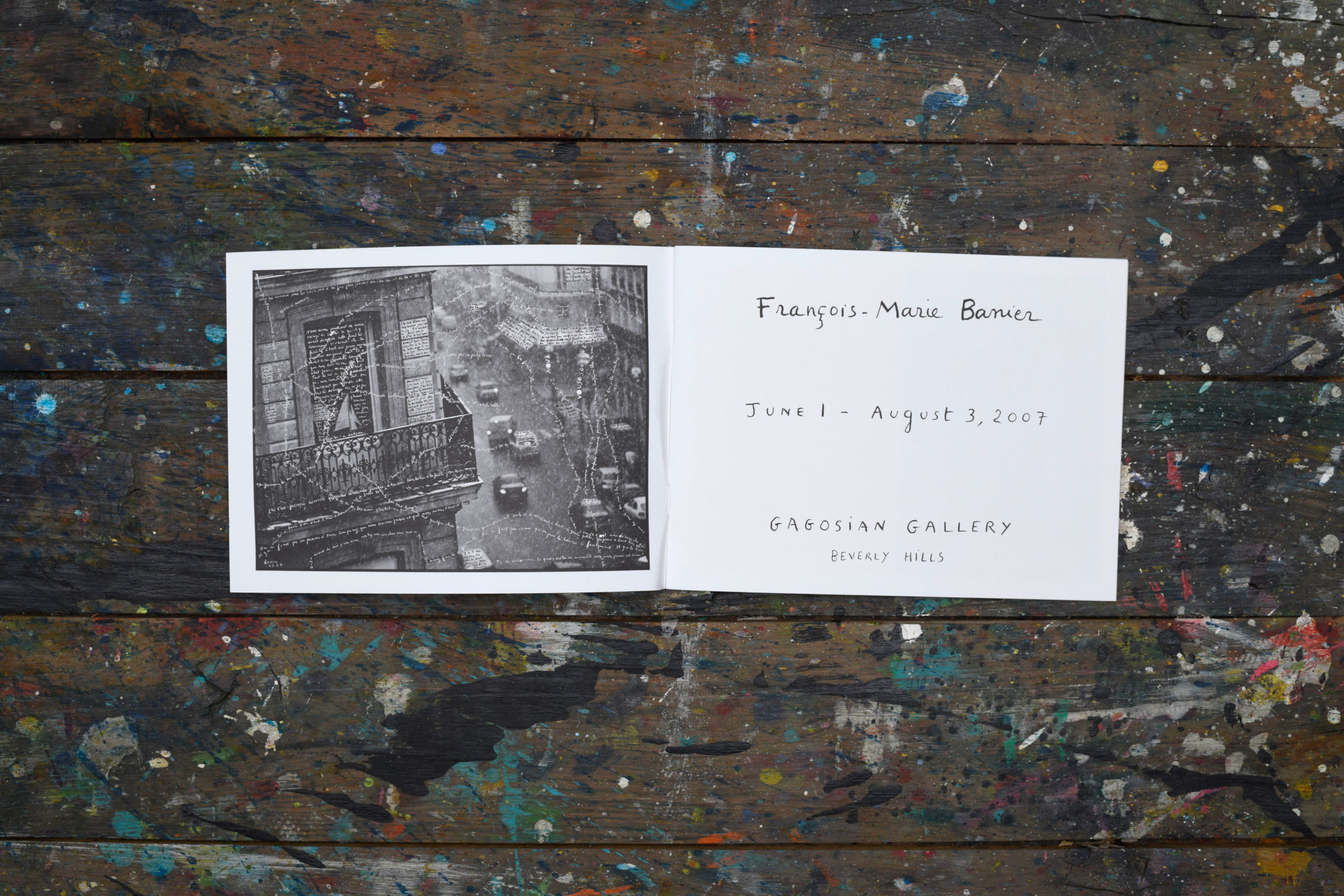 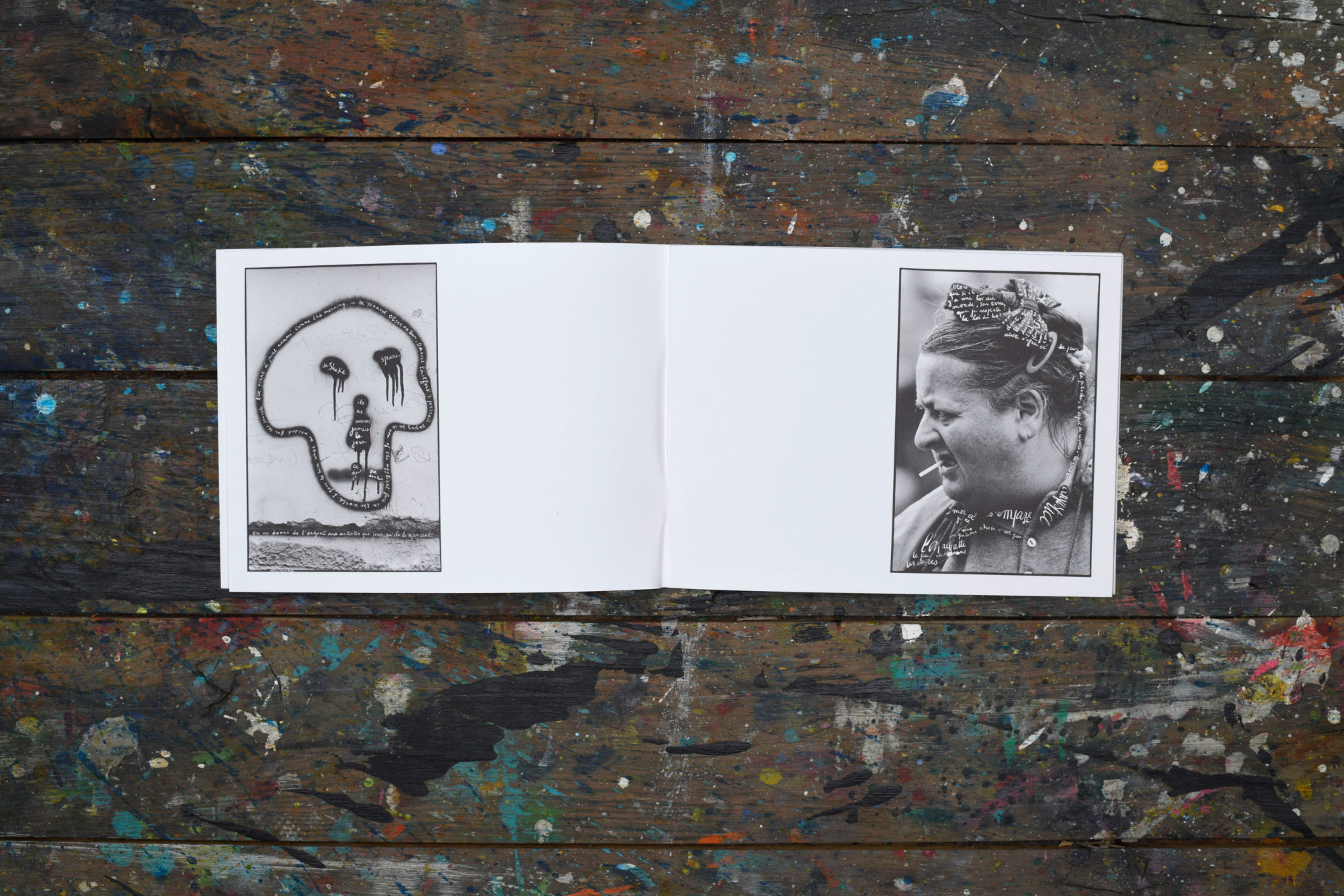 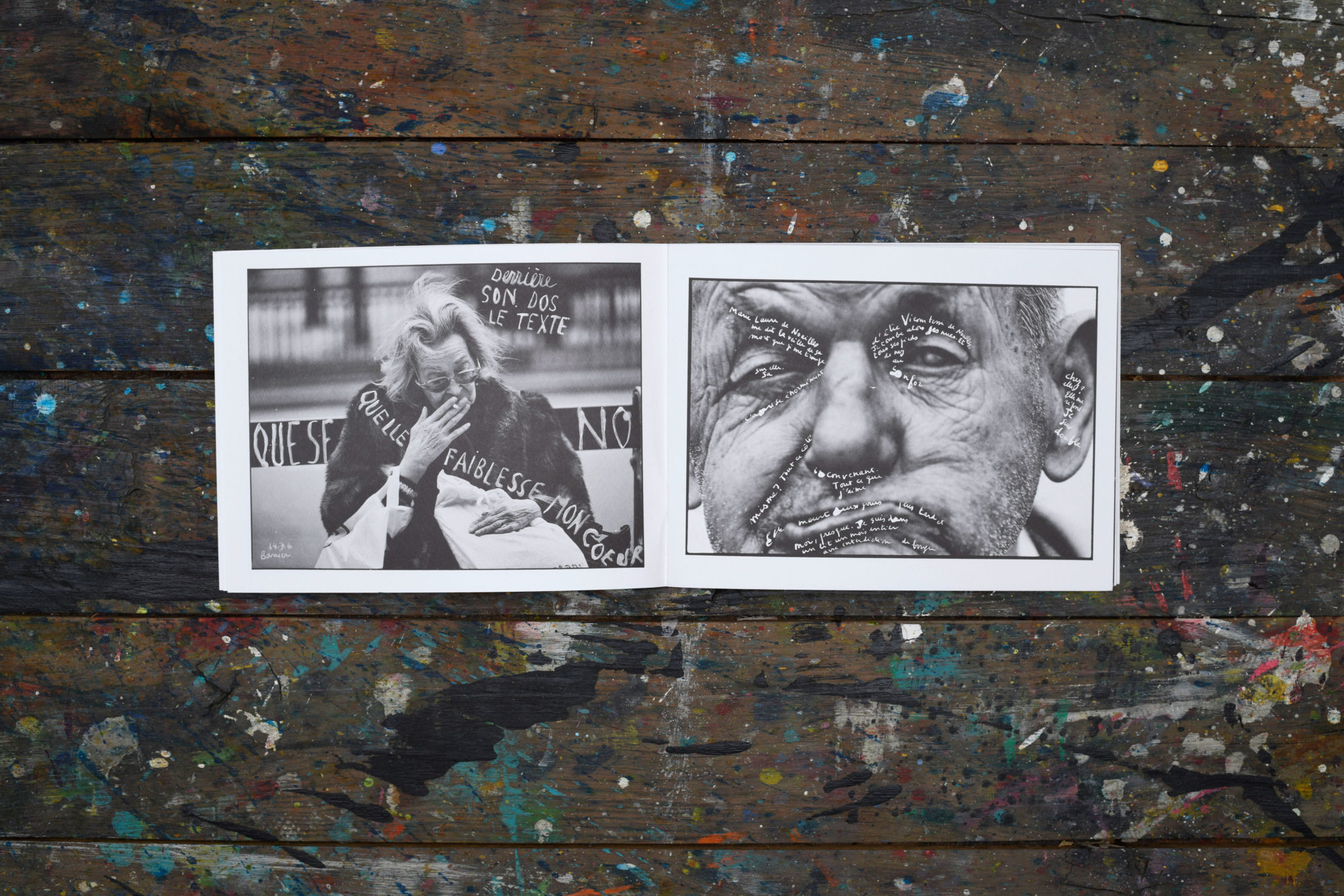 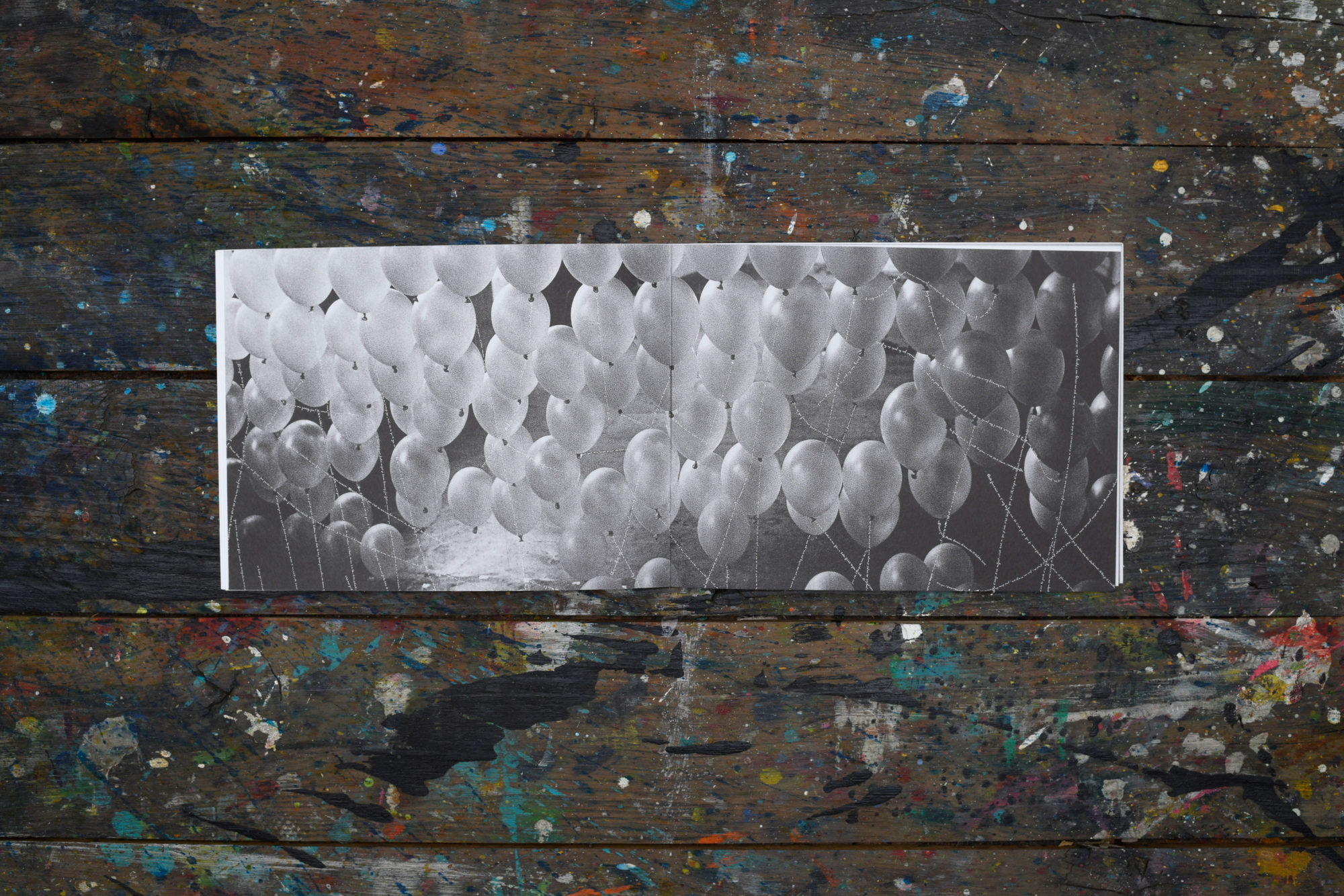 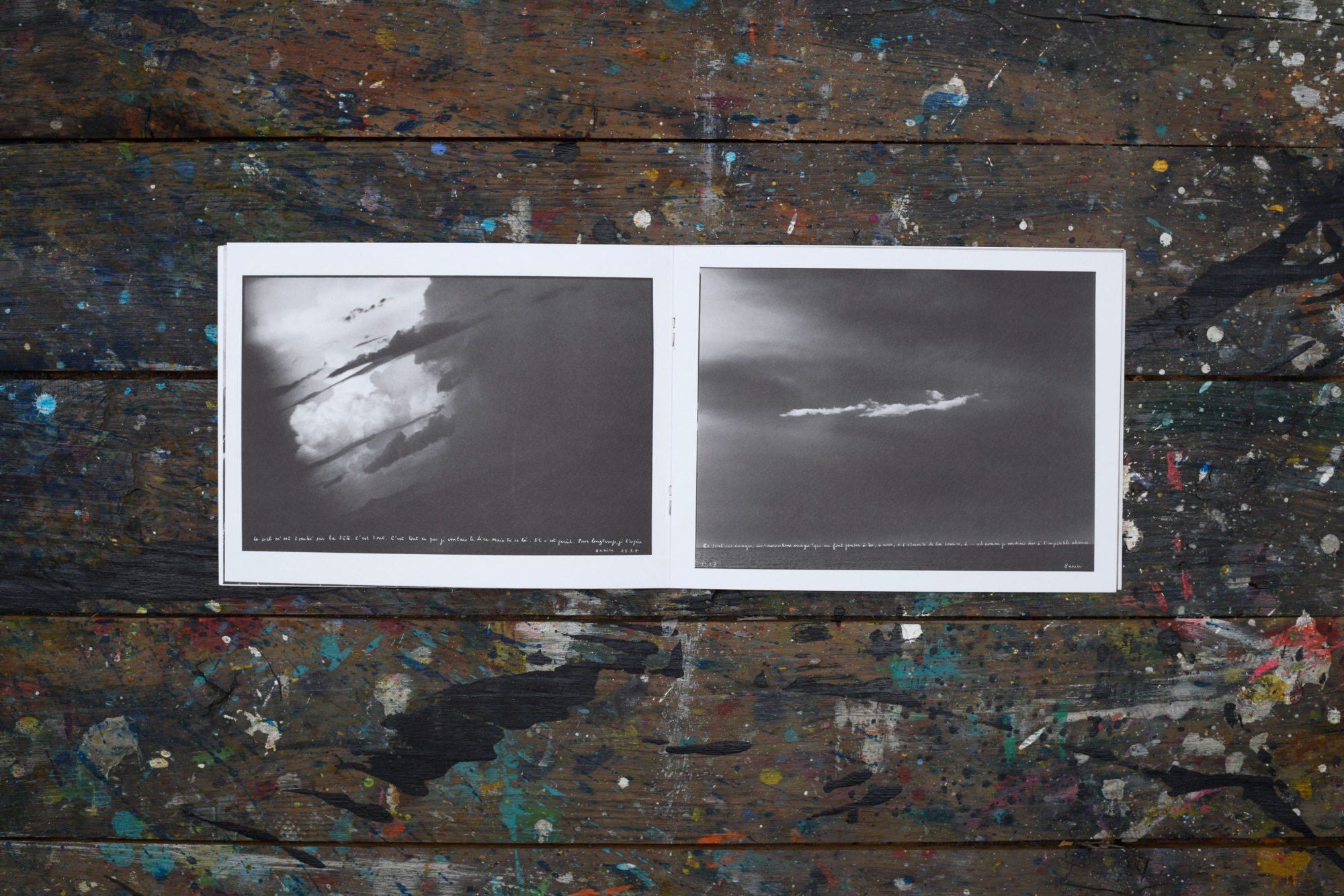 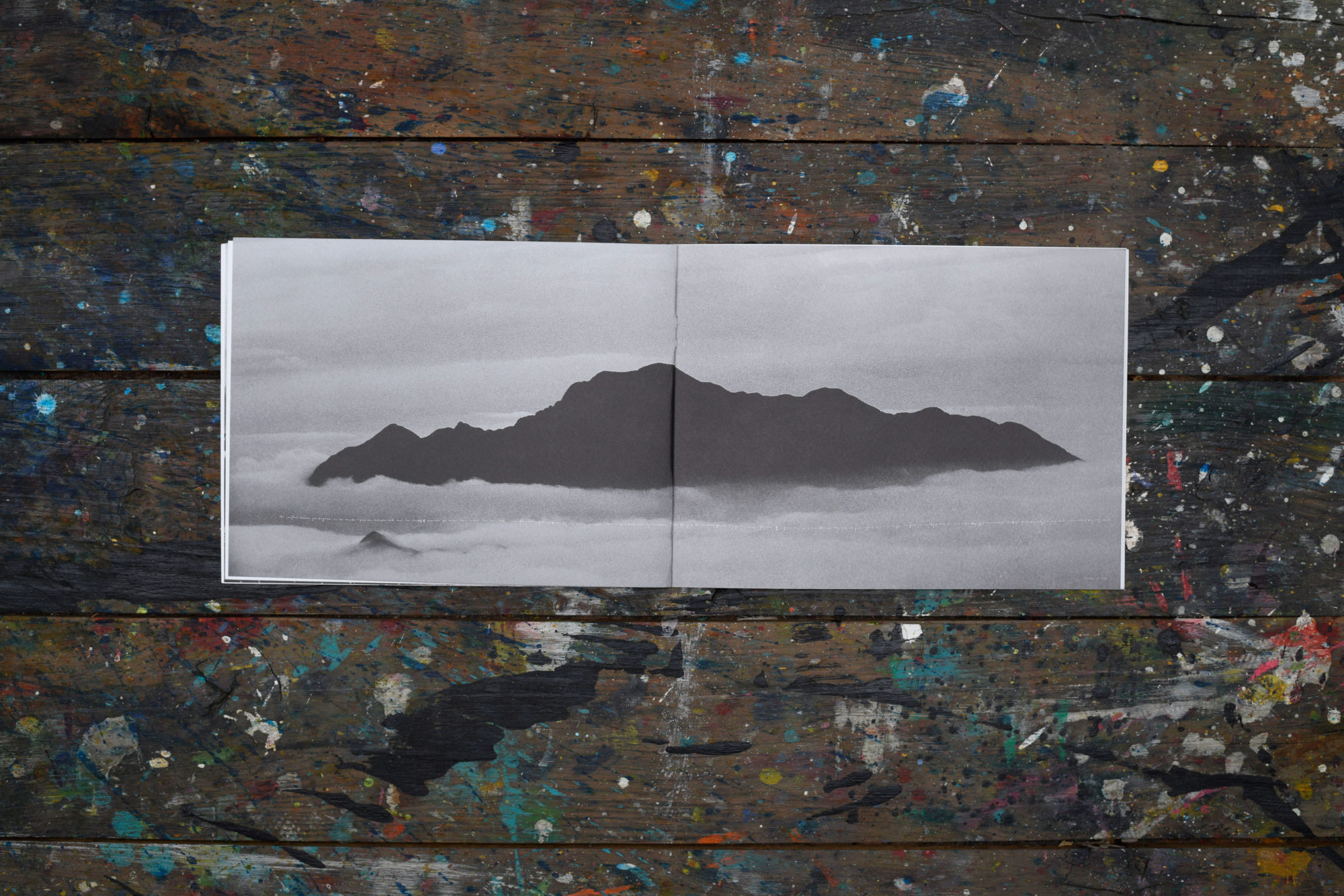 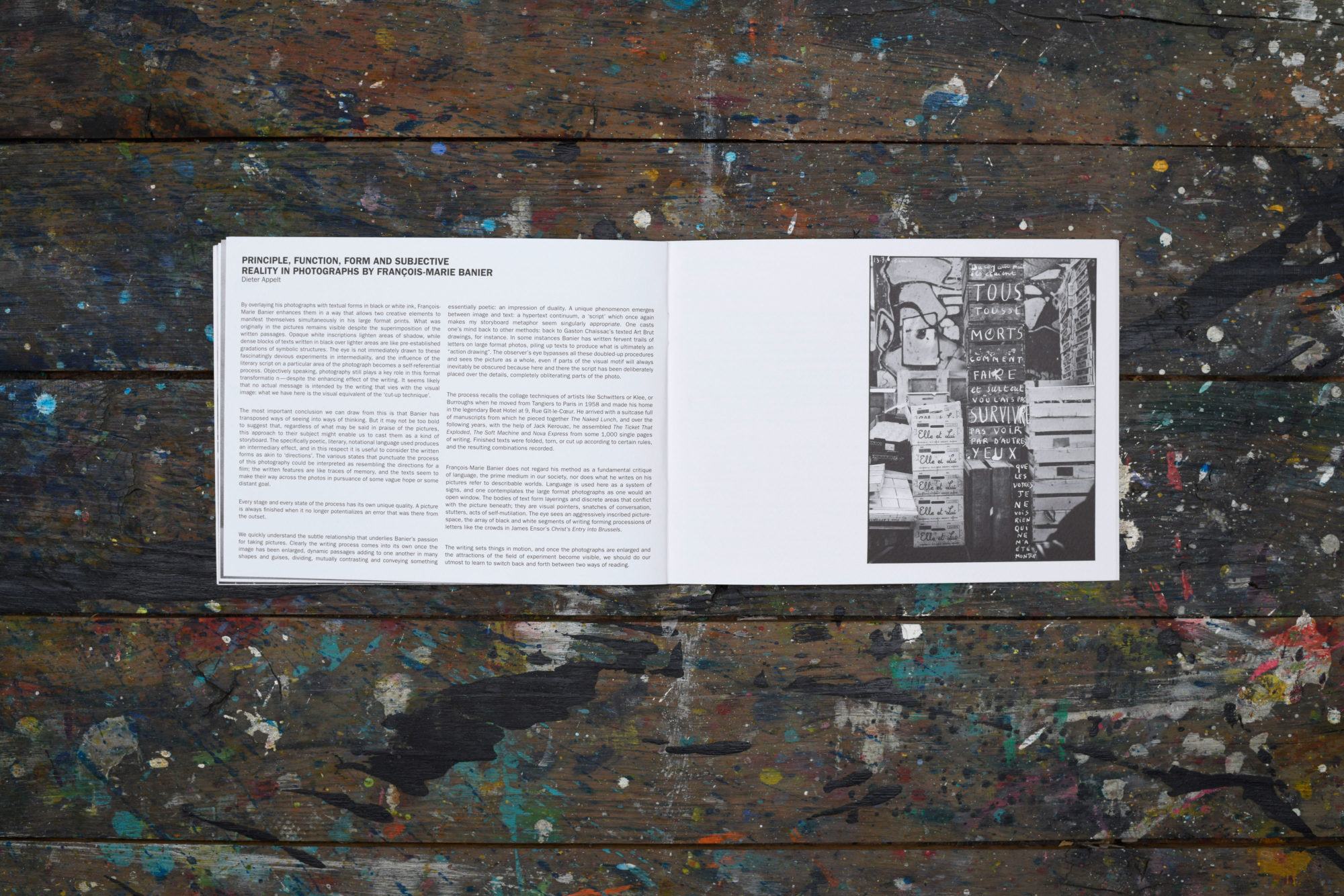 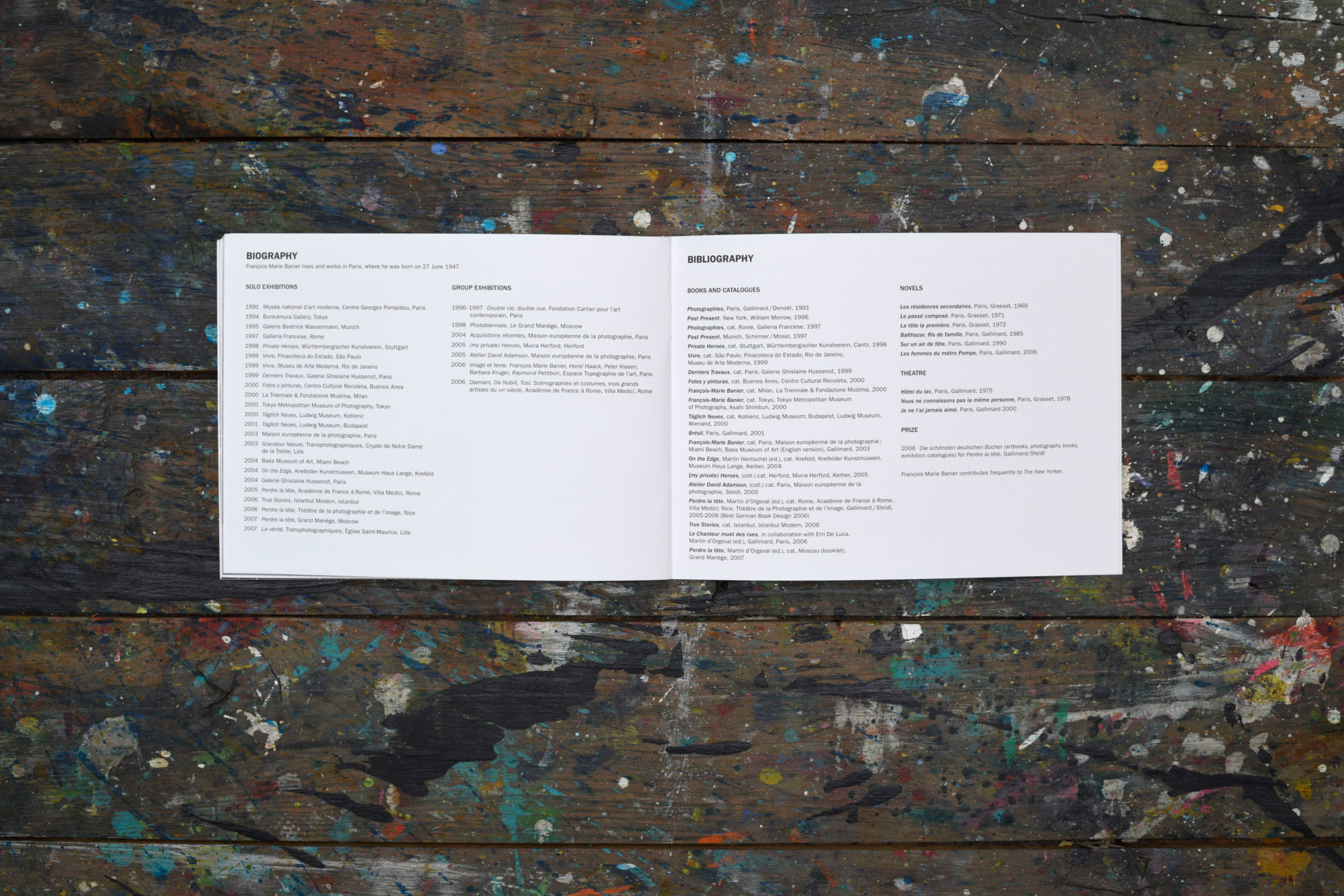 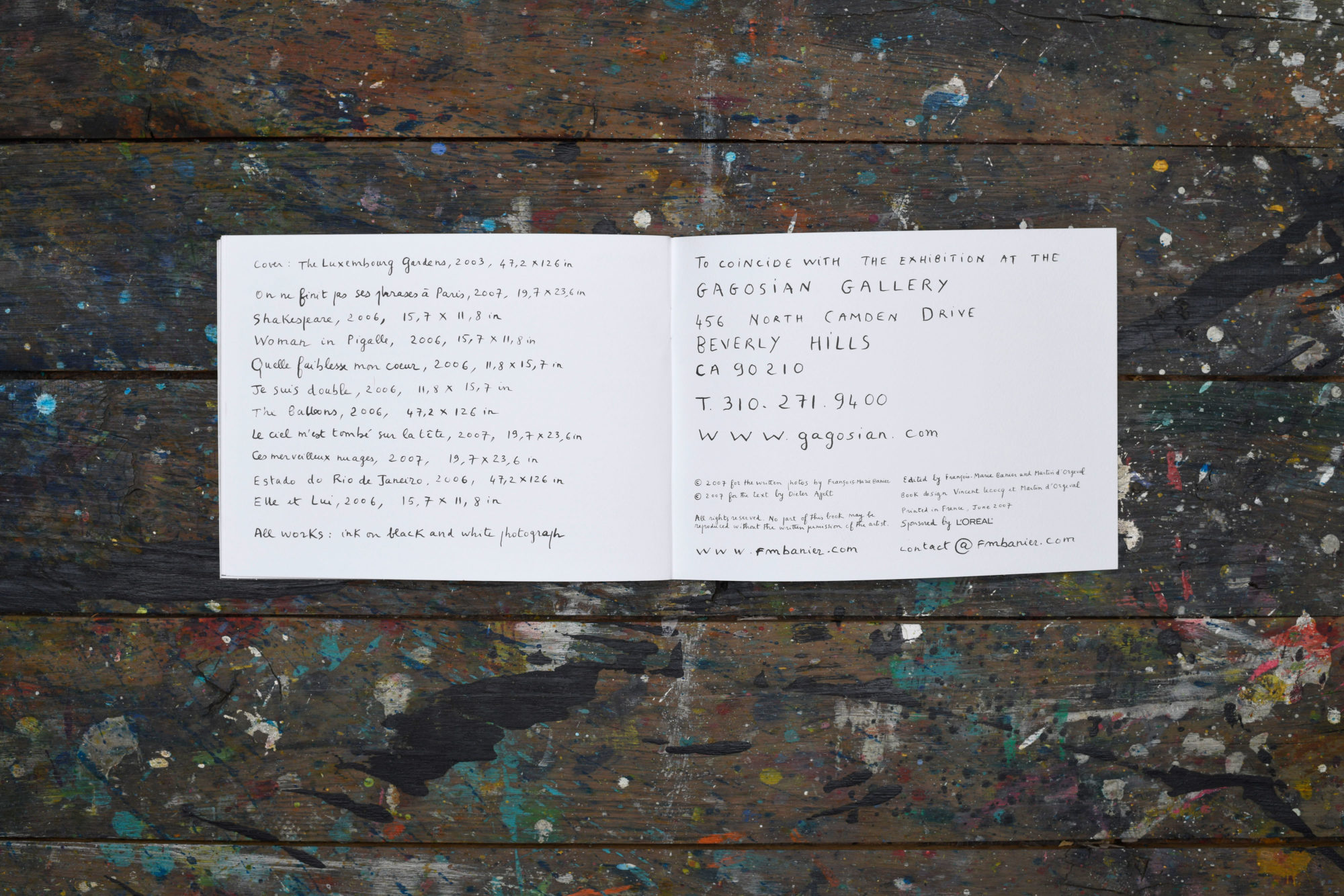 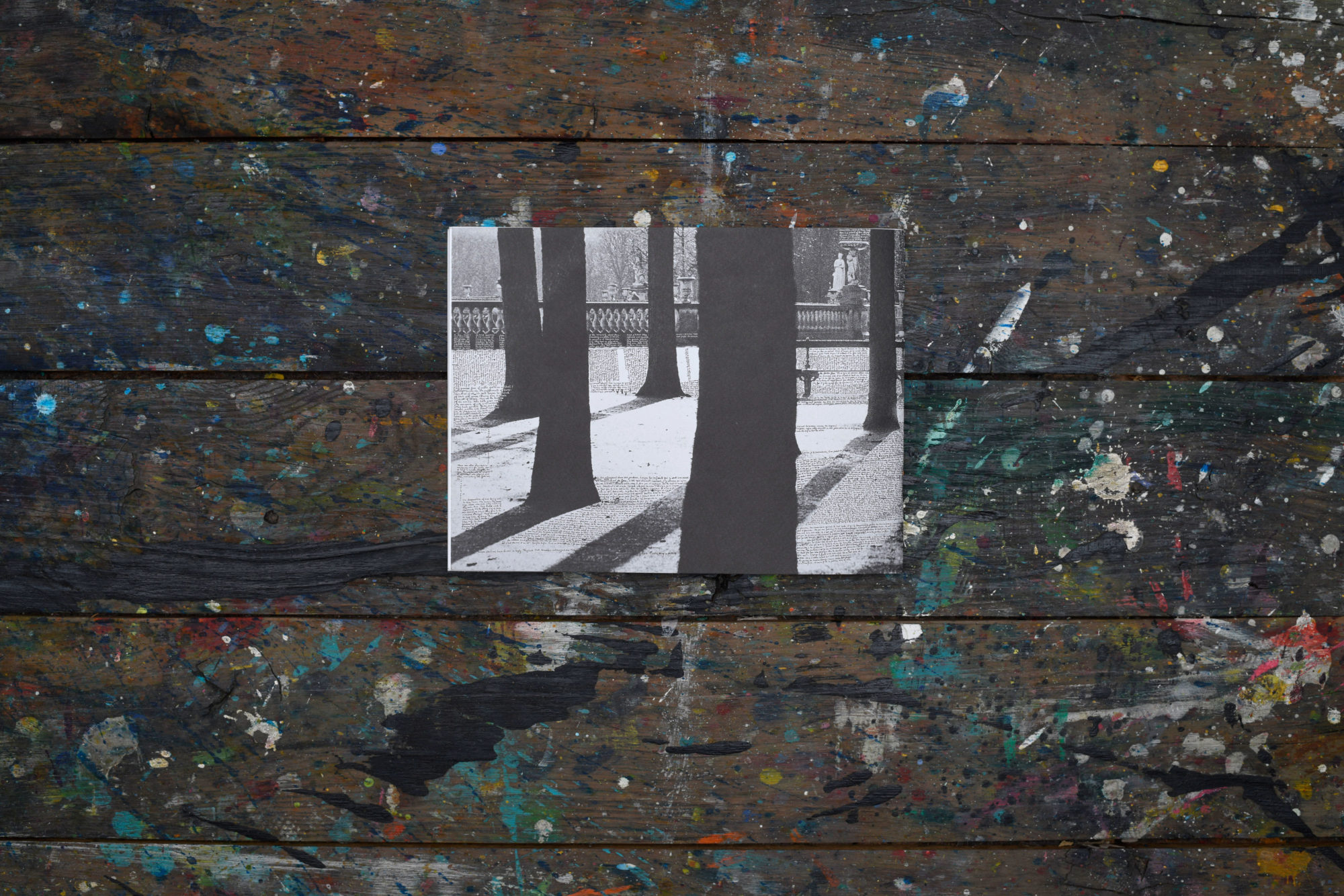 This publication was released on the occasion of the exhibition François-Marie Banier at the Gagosian Gallery in Beverly Hills, from the 1st of June until the 3rd of August.

By overlaying his photographs with textual forms in black or white ink, François-Marie Banier enhances them in a way that allows two creative elements to manifest themselves simultaneously in his large format prints. What was originally in the pictures remains visible despite the superimposition of the written passages. Opaque white inscriptions lighten areas of shadow, while dense blocks of texts written in black over lighter areas are like pre-established gradations of symbolic structures. The eye is not immediately drawn to these fascinatingly devious experiments in intermediality, and the influence of the literary script on a particular area of the photograph becomes a self-referential process. Objectively speaking, photography still plays a key role in this formal transformation – despite the enhancing effect of the writing. It seems likely that no actual message is intended by the writing that vies with the visual image: what we have here is the visual equivalent of the ‘cut-up technique’. […]

Excerpt from the text Principle, Function, Form and Subjective Reality in Photographs by François-Marie Banier by Dieter Appelt 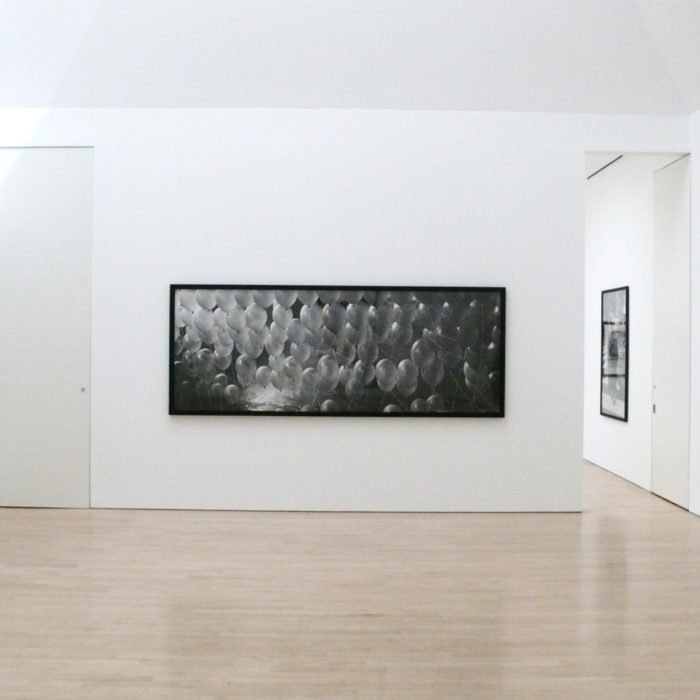